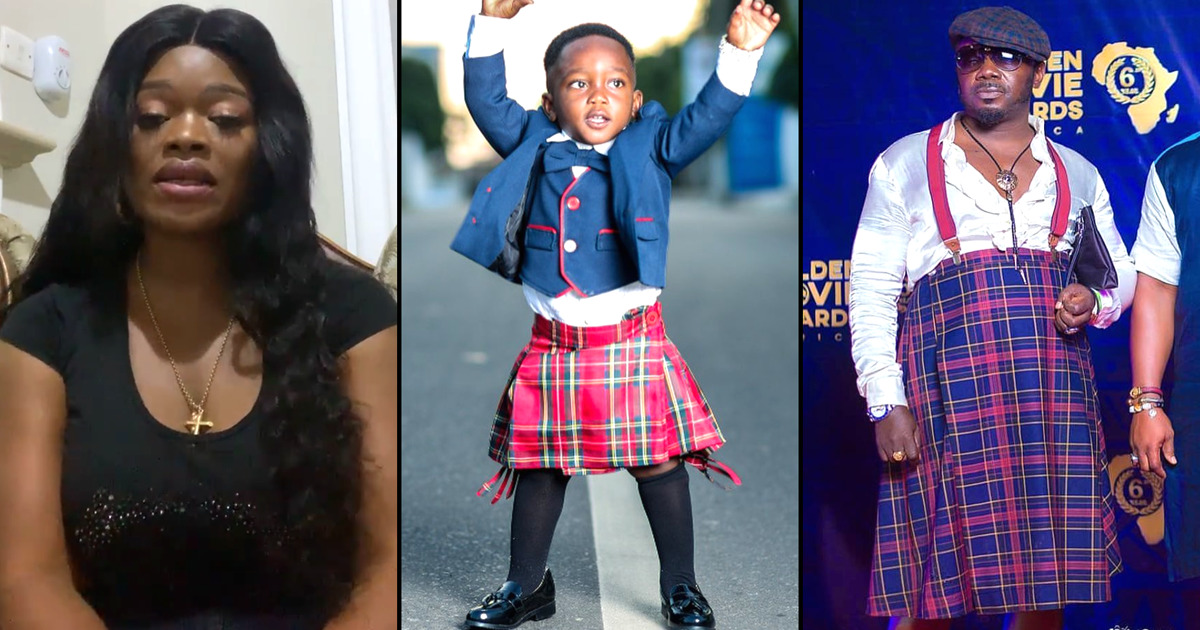 A controversial celebrity rose to fame at a moment when critics thought pointing out his skirt-wearing habits was a chance to hit at his baby mother Nana Aba. Low and behold, past the humor and the mockery, it was a launching pad for him (Osebo) to embark on his career as a style celebrity.

The individual whose fame began as a laughing stock for wearing skirts, saw him featured on celebrity and fashion blogs not only in Ghana but across Africa. He excelled to the point he was and is now a celebrity in his own capacity without the inclusion of his baby mother Nana Aba.

Wearing skirts has always been a long but mildly accepted taboo for men. Stars like P.Diddy, Kanye West, and more have ventured into this field of fashion, and it has been spotted many times on European runways. Some even argue it is very normal for men to wear wraps with concerns to the Scottish, African villages, and ancient Egyptian times.

However, Osebo didn’t only see his introduction to the world by wearing skirts and polished shoes, he decided to push buttons a step further by also wearing dresses, at which point he was not only a skirt wearer but officially a cross dresser.

In an attempt to obtain more clout, he decided to get his son involved in the skirt wearing activities which brought out social media backlash from the mother of his son (not Nana Aba) but another lady by the name of Afia Ohemaa Mensah.

She made her complaint crystal clear in one of our local Ghanaian dialects by emphasizing ‘she doesn’t have a problem with him wearing skirts because they are no more together but for their son she really minds and doesn’t want that to be the case.

But it wasn’t as simple as that, Ohemaa added that their daughter saw his father’s dressing to the Golden Movie Awards which occurred over the weekend on Saturday, 19th December 2020, with Osebo repping in his usual skirt attire.

She indicated that her daughter read social media users commenting under the video and calling her father gay after which she began crying. Watch her speak out here.

It seems that his fashion statements being made for clout might be having a negative impact on his family might not concern him, in reply to his critics he posted a picture of Scottish boys in skirts.