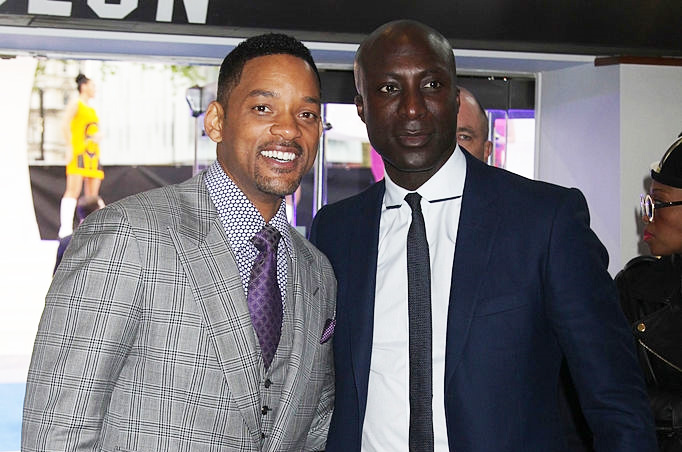 “Wake up, everybody, no more sleeping in bed!” The soulful acoustics of Grammy-award-winning R&B singer John Legend may be unfamiliar to the large group of African bankers watching him sing, but the message is loud and clear: “No more time for thinking; time for thinking ahead.”

Boateng, who made his name on Savile Row with his tailored men’s suits costing up to £20,000 apiece, says he aims to unite Africans in a common vision of transforming the continent’s roads, railways, ports and power supply.

“This is the start of fully understanding what Africa can do for itself,” said Boateng, who assembled the wealthy to encourage philanthropic donations that could kick-start spending on new infrastructure projects.

“The Chinese managed to build a railway across China; the Japanese have the bullet train – we need to get past thinking about why its difficult to create the roads and railways that Africa needs and just get on with it.”

Africa, whose landmass is 30m sq km, with 15% of the world’s population but 60% of the world’s agricultural land, has been plagued by inadequate infrastructure. Experts estimate that road access across the continent is only 34% and access to electricity 30%. It would cost an estimated £19tn to meet the continent’s power and transport needs by 2050.

But Boateng’s Made in Africa foundation says despite the willingness of banks to lend money to these projects, investment is delayed by the lack of high quality “feasibility studies” – the initial work that shows projects are viable.

They are being asked to give up to $400m to fund feasibility studies for $68bn of investment, which the foundation says would transform Africa’s roads, railways, ports and energy.

“In 2009, there was $150bn available to spend, but no bankable infrastructure projects in Africa,” said George Brennan from the foundation. “These figures should make us angry – the problem is not the availability of funding but the fact that projects are not in a condition to be funded.”

The project is backed by the African Development Bank, which finances development projects through loans and technical assistance, and also aims to create so-called diaspora bonds, which would enable people of African descent to invest in infrastructure spending.

“African Americans spend $1tn every year in their economy, but what do they spend on Africa? About 0.01%,” said Chris Cleverly, director of the Made in Africa foundation. “They have the wherewithal to make profound differences – personally, and by lobbying their pension funds, investment advisers and government to invest in Africa on the basis that it provides good returns.

“It was China and India’s diasporas that developed them – it is the same with Africa’s now.”

But experts say raising finance for infrastructure projects will be problematic worldwide and will be challenging in Africa.

“This is not just an Africa problem – Europe is struggling to get infrastructure bonds off the ground at the moment, and there are no big ones launching on the market,” said Chris Utting, an expert on infrastructure deals at the London-based law firm White & Case. “The difficulty with infrastructure is that it’s complicated, it’s not an investment you can leave alone, but bondholders are passive – they are not going be getting involved when an issue comes up.”

“These kinds of projects are very complex and can be very expensive,” said Andrew Ali, chief executive of Africa Finance Corporation. “These projects tend to be up to 20-year projects and you have to tie things up for that time – it is complicated and it becomes very expensive. “The fact is that these things have been done relatively few and far between in Africa – there are not many developers and governments who really have the experience.”

But with so much focus on how private sector investors can make healthy returns by investing in Africa’s development, Mos Def, who recently changed his name to Yasiin Bey, said he hoped the involvement of celebrities in the projects would bring the soul back into meeting Africa’s needs.

“There has never been a moment like this in the world before,” he said. “Africa is a place of tremendous history and energy, and there is a great opportunity for people – especially African Americans to transform its future. We just have to remove the pathology, and I am going to do what I can to get African Americans to invest in Africa.

“But the idea that this is just a gold-rush on Africa is a major concern. Everyone wants to make money, but there is so much more at play. This is the cumulative effect of years of political activity, years of activism and grassroots work that have brought Africa to the position its in today.”

Bey added that the projects provided an opportunity to create a legacy “for the younger generations to leave things in some better shape than the way we found them”.