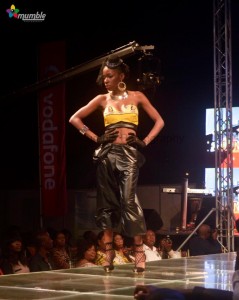 K.O.D., a popular Renowned broadcast journalist from Radio Gold launched his new collection yesterday, 30th March 2013, in his subsequent show Rhythms On The Runway. The show featured amazing designs from House of Adjeiwaa, Ohpilia Crossland, Hats by Velma. There were performances by Manifest and others.

However, the show had more celebrity features on the line up, such as a performance by Sarkodie, currently Ghana’s number one artist, fashion by Aya Morrison and a lot more. Unfortunately the weather did not agree with this intent. During Manifest’s performance, strong winds quickly knocked down part of the stage where the band was set up. It happened so quickly some people in the crowd didn’t even notice, whilst some started running for the exit. 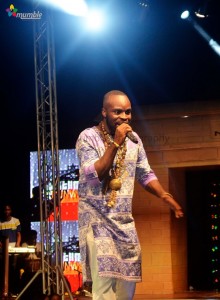 By this time, the audience had already experienced 3 great designers on the runway, as well as a good amount of performances, plus the usual long delayed starts with Ghanaian events. Manifest, reacted calmly whilst performing. Limited with his act as the part of the stage dismantled by the wind had actually knocked over the band instruments, Manifest went acapella and did a fairly good job from keeping the majority running out the door.

Soon after the winds, drizzle began to fall. In no time, all other acts and designers were put off, and K.O.D’s Nineteen57 brand hit the stage. Right after the last model/celebrity of K.O.D’s Nineteen57 walked, heavy rain attacked like never before. Some in the crowd mumbled the blame to the late start of the event saying had it started ontime it would have been over by now, some stated this is what happens when you don’t go to church on Easter.

Models Back stage of KOD Show; Earlier in the Day

It’s not easy to get sponsors and put on such a big event in Ghana, for such poor weather to strike on a nice hot day was a sad reality for fashion in Ghana. On the other hand, for the public and all concerned press, everyone managed to enjoy designs by UK based Ghanaian designer House of Adjeiwaa, Ohpilia Crossland, Hats by Velma and most of all, the new collection by K.O.D.’s Nineteen57. 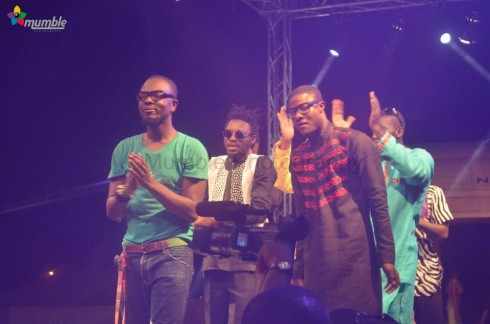 The night was packed with great talent and could have gotten better if not for the unfortunately circumstance. Look out for video soon to come by FashionGHANA.com. All we can say is better luck next time. For now, feel free to watch out backstage video that too place earlier that day. Also enjoy the images below.