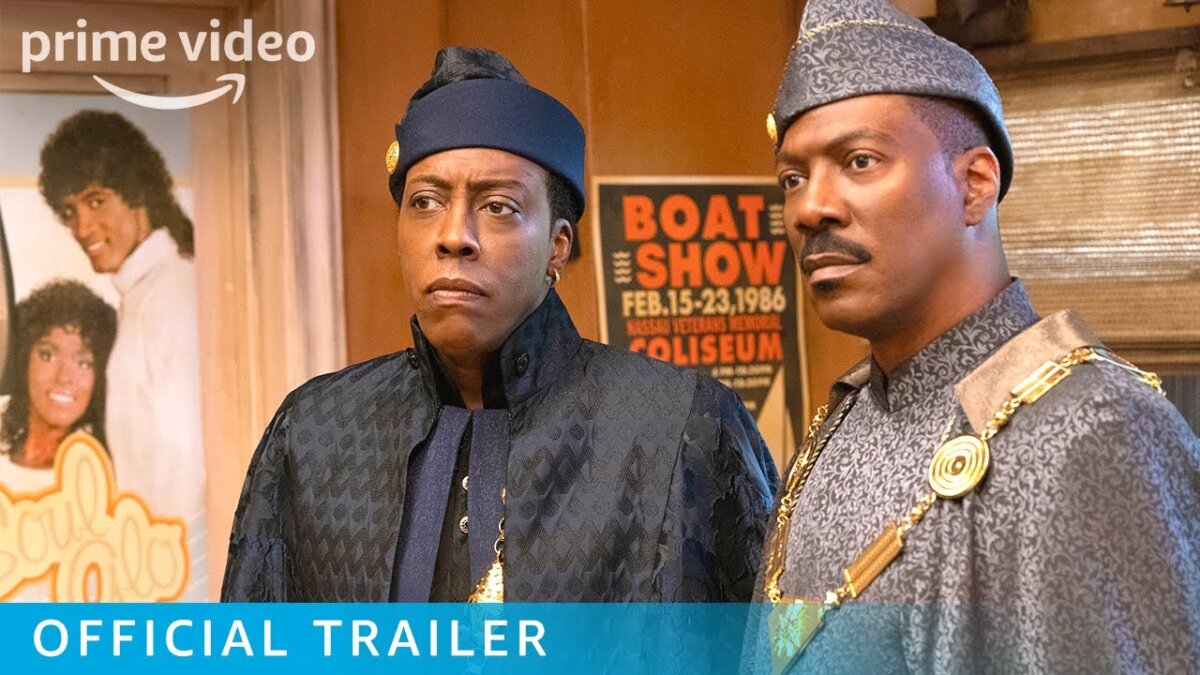 VIDEO: Here Is The 1st Trailer Of ‘Coming To America 2’ Another African Orientated Movie With No African Actors

Set in the lush and royal country of Zamunda, newly-crowned King Akeem (Eddie Murphy) and his trusted confidante Semmi(Arsenio Hall) embark on an all-new hilarious adventure that has them traversing the globe from their great African nation to the borough of Queens, New York – where it all began.

There is no doubt many of us who literally lived through the experience of the premier of the first Coming 2 America movie when Eddie Murphy was in his prime has been looking forward to the sequel for decades. The humor was beyond extraordinary, or at least for the time of which the movie was made.

Watching the initial Coming 2 America also had a different impact for some of us in Africa. Back in those days, it was one of the few movies that depicted any form of lavish living in the motherland. Despite all the humor and puns thrown at Africans in the movie, that fact alone outshined all jokes and made it a movie where we in Africa felt more than respected.

2020/21 is a different year! We all loved Black Panther, RIP Chadwich! From Nigeria, to USA, to London, from Black to White, old to young. We loved it because it gave people a powerful perception of Africa and Africans that have also been hidden from us for years. Although comic readers were enlightened to this and more, ie. Black Panther actually beat Captian America in minutes when he first entered Africa.

Despite the above one escrutiating fact about the Black Panther movie was the horrific African accents. Many Africans felt appauled by the exhagurated and slanted accents by the American actors. Although this critique was heavily over shadowed by all the amazing values in the movie, it still existed none-the-less.

If you are one of those, then get ready to experience this again in Coming To America 2. Considering that in 2020 we have exceeded the excitement of proving that Africa is not just a bunch of trees and lions, thanks to social media, unless there is much more being giving away we can only hope the movie doesn’t turn into a projected mockery of African accents.

The movie is set to be released in Mid next year, 2021, and hopefully this can be fixed ahead, because even in the commercial alone it seems like the basic humour point of this movie is simply going to be the cliche exploitation of street African Americans meet tribal Africans. And yes it might be able to be pulled off well, but the general concept is a little outplayed, and might not sit well if there is hardly and actual Africans playing Africans.

We could be absolutely wrong and will hate to spoil expectations for many who are excited about the release of the movie but it is a shame that there was little to no African actors involved. Watch the trailor below.