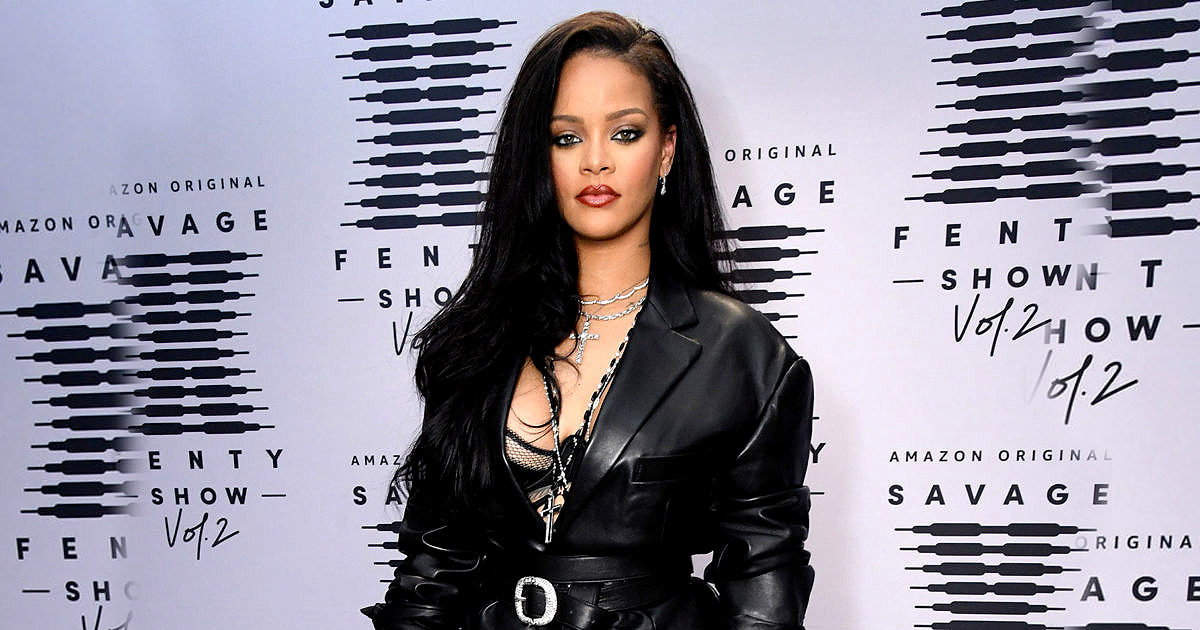 VIDEO: Rihanna Made To Apologise For Using A Muslim ‘Hadith’ Song During Her Savage x Fenty Show!

Rihanna recently caught herself under fire when individuals of the Muslim community took to social media to accuse her of disrespecting Islam during at her virtual Savage X Fenty fashion show.

The singer is being called out due to a song that was used during her fashion show which premiered on Friday, October 2, on Amazon Prime Video.

This is due to the use of a song produced by London producer CouCou Chloe called ‘Doom’ during the fashion presentation which premiered on October 2nd. According to the accusers, the song contained samples of looped Hadith vocals in Arabic as Rihanna’s models strutted across in revealing lingerie.

The accusers claim the Hadith is a recording of the words, actions, and the approval of the Islamic prophet Muhammad. Hadith is known as the “the backbone” of Islamic civilization, and in Islam, the authority of hadith as a source for religious law and moral guidance ranks second only to that of the Quran.

Many muslims came out to condemn the use of the song! A Twitter user wrote: “Rihanna is responsible for this even if she didn’t choose the music. she hired her team and she must’ve heard the songs beforehand and just because she’s Rihanna doesn’t give her a free pass to disrespect a religion.”

rihanna is responsible for this even if she didn’t choose the music. she hired her team and she must’ve heard the songs beforehand and just because she’s rihanna doesn’t give her a free pass to disrespect a religion pic.twitter.com/V2oZErQhOg

Rihanna has now issued an apology for the “huge oversight” in which an Islamic Hadith played during the Savage x Fenty fashion show.

The 32-year-old took to Instagram to say how she was “incredibly disheartened” to have used the “unintentionally offensive” music, which featured a remix of an Islamic prayer to a house beat.

Fans of Rihanna voiced their criticism of the star on Twitter, with many saying they were “disappointed” and accusing her of using Islam as an aesthetic. 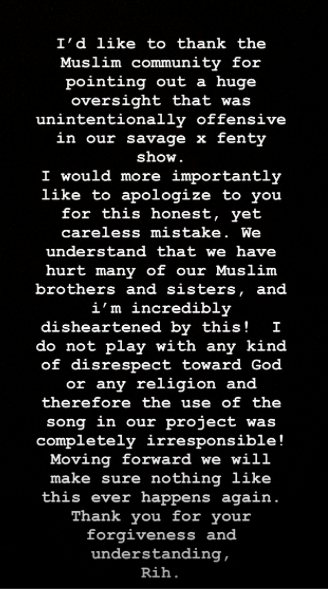 Rihanna took to Instagram to address the controversy. She wrote: “I’d like to thank the Muslim community for pointing out a huge oversight that was unintentionally offensive in our Savage x Fenty show.

“I would, more importantly, like to apologize to you for this honest, yet careless mistake. We understand that we have hurt many of our Muslim brothers and sisters, and I’m incredibly disheartened by this! 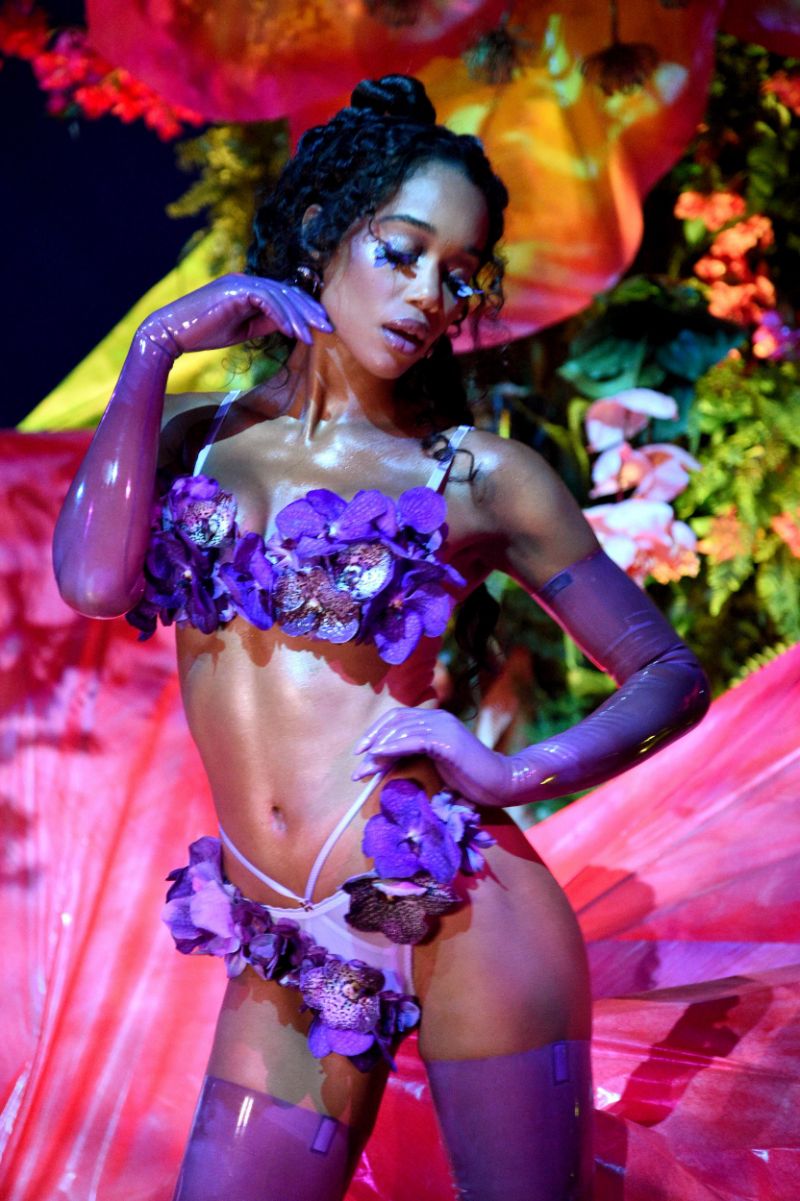 She continued “I do not play with any kind of disrespect towards God or any religion and therefore the use of the song in our project was completely irresponsible!”

And closed with “Moving forward we will make sure nothing like this ever happens again. 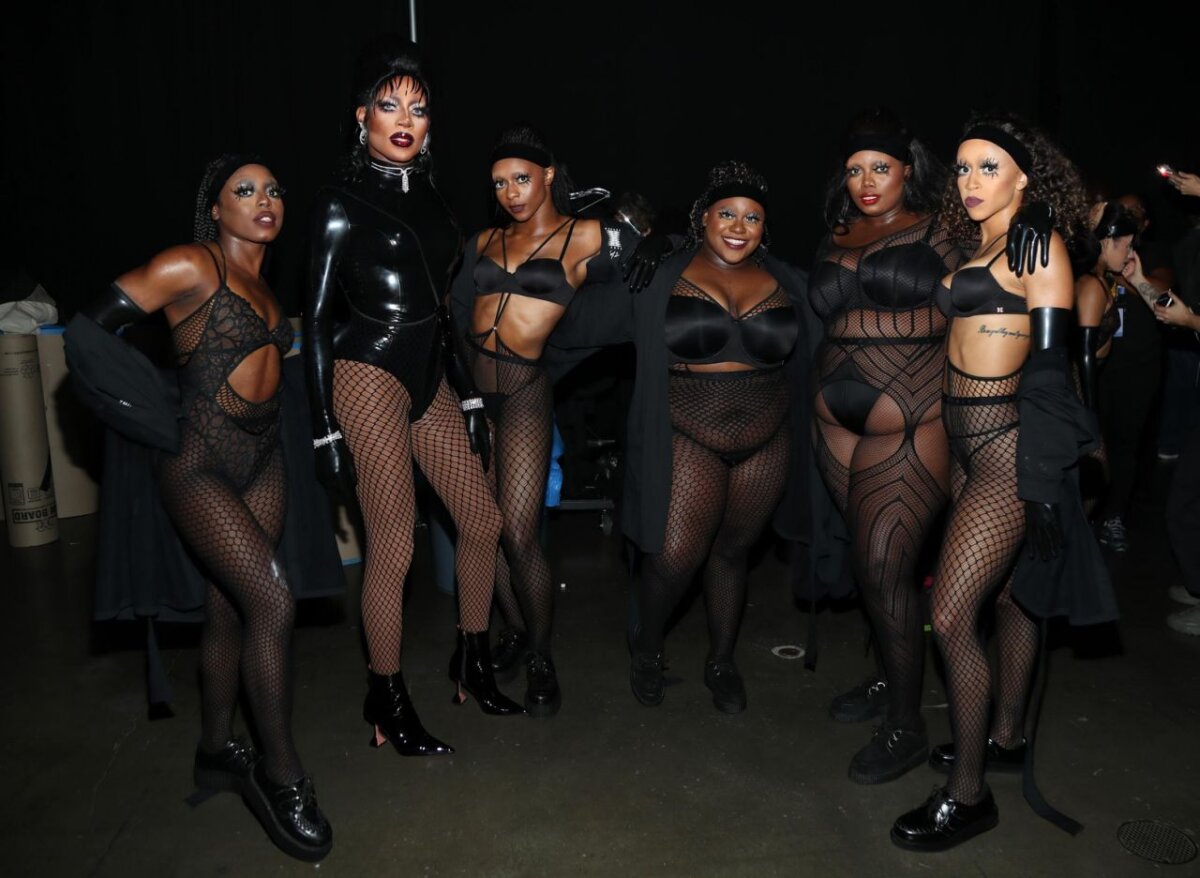