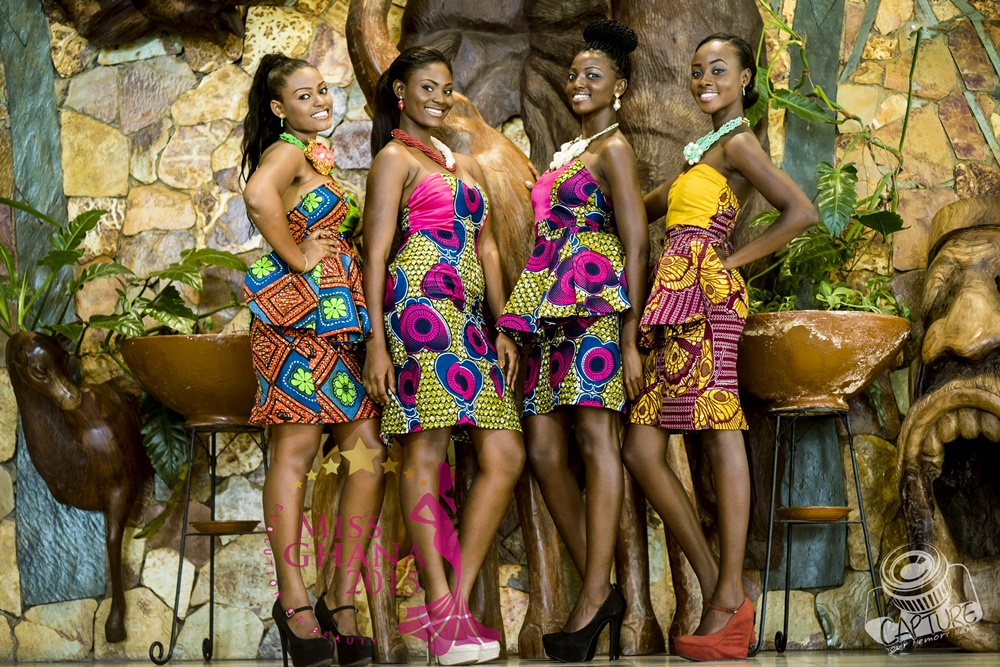 VIDEO: The Truth About Miss Ghana 2013; How Giuseppina Won Over Margaret

To get straight to the video scroll to the bottom

On Saturday the night of 20th of July, 20 girls were robbed of a fair shot at winning the Miss Ghana 2013 title. Miss Inna Patty who purchased the franchise from 2012 onwards, had the opportunity to rebrand the mischievous national beauty pageant but has failed to do so in both the 2 years she has held it.

In Miss Ghana 2013, factors of a decent pageant that could reveal a true winner based on substance and typical pageant performance were eliminated, and the event followed no set criteria for the public to understand what the girls were being judged by. In this attempt to cover a rigged process, it was still obvious the event was fixed for the current winner, Giuseppina Baafi, when her 1st runners-up Margaret Kuma-Mintah stole the show in only one vocal moment. Here are some vital indications in case you can’t watch the video or watched it and couldn’t spot it all.

1/ The organiser was a judge. So from the start, I was on alert. It is okay when you might have a president of the organization who might be far removed from the girls to participate in Judging, but not when they are still a primary organizer.

2/ There was not speaking from the girls before the final cut. It is unusual for a national pageant to work in any such manner, especially when it uses the slogans ‘Beauty with a Purpose’ and ‘The Evolution of Beauty. This is something some pageant organizers do, when they know their most preferred girls are not the best speakers, such as Giuseppina whose 1st or 2nd tongue is not English. The event was cut down to the final 10, then the final 5 before you heard any of the girls speak (with the exception of the 5-second intro in the swimwear).

3/ The final 10 was cut by the pre-awards, ie Miss Congeniality, Miss Bikini, Miss Top Model, and a whole other set of awards, none of which held any merits relating to what was exhibited on the night. So the question is why waste the girl’s time and bring them to the final if the finalists were selected ahead of it? This goes to show the attempt of a rigged event removed the logic from the judging process, and it means that the top 10 was pre-judged and already decided upon by Inna Pattey as these awards were based on factors irrelevant to the night.

4/ The winner only managed to stay in the top 10 because she received the Miss Bikini awards, an award for which they did not even have a sash for, unlike the others. Therefore the award was most likely orchestrated on the night specifically to keep her in the running. In addition, an extra girl, Destiny, with no pre-award to get into the top 10, managed to find her way into the top 5. You can watch all of this in the video below.

5/ The only chance where the girls spoke and revealed character was what gave this judgment away. Unfortunately, Giuseppina’s reply to her question was indescribable and difficult to understand, in simply answering the easiest question posed on the night, which was ‘Why Do Women Wear Makeup?’. It was nothing compared to the words of her 1st runners-up Margaret Kuma-Mintah who articulately answered the question ‘Should free quality education to be for all every citizen or only for the poor segment and why?’. To be fair, judging by answers alone, Giuseppina should not have been in the top three.

Giuseppina is very attractive with a great smile, she has a lean frame and she is curvaceous, especially around the hips, something not too obvious in the garments worn on the night. This is the typical physique most pageant organizers seek, a modelesque figure for modeling, yet curvy enough to make men admire. It is simply to see why an organizer or judges will rig an event for her. Especially when the Miss Ghana organizers are pressured with the attempt of winning Miss World.

Prior to the Miss Ghana 2012 crowning, there was gossip that the crown was fixed for Naa Shooter. It is very common to find gossiping amongst pageantry even when genuinely organized. However, after Naa won, there was a big backlash and outrage on airways and press in 2012. If what happened in 2012 was anything like what happened on Saturday, then it was justified.

I have always had the interest to help and support the Miss Ghana organization in some form of way, especially knowing how hard Inna Patty works to push the brand. In fact, that is why FashionGHANA.com was there in the first place, despite owning a pageant myself. That is why we fully covered their 2012 street fashion show last year, and the 2013 event and fashion show, and we have written about their reigning queen and so forth with the intent to do more.

Pageants aren’t easy, and they are very costly. I have admired Patty’s efforts to push for a strong Miss Ghana brand. But what was done to Margaret (1st runners-up) was one of the worst things I have witnessed in my 6 years of experience pageantry. It was a total disregard to the ticket buyers and supporters of other ladies, a disrespect of a national title, and the ladies themselves who had no possibility whatsoever of winning Miss Ghana 2013.

FashionGHANA.com’s only purpose was to capture the fashion and bring it to our audience. However, on the night, looking at a set of journalists in shock, I asked one of them did you see that? The first response was “See What? You know they are my friends so…You know!” Meaning that there will be no acknowledgment of what happened to Margaret Kuma-Mintah in their article. And as Monday stands now, not one website, journal or blog has acknowledged it.

Despite not being an entertainment journalist outside of the realms of fashion, I could only use the FashionGHANA.com platform to support Margaret. I am far from a perfect individual, but just as discomforting as this cheat was, was also how not one journal offered to support or give her a voice, the state of media in Ghana. Writing this article will definitely cut off a few connections for FashionGHANA and other activities I am involved in. It will also most likely exclude us from any further coverage of next year’s show. But that is a far lesser punishment than to not putting out this information.

I still hold respect for Inna Patty and her team, and am grateful for them permitting FashionGHANA.com to cover the event at the last minute. Also, every girl is a winner, and they all deserve a crown, but since there can only be one, do the right thing and put it on the right head. Not every case of a rigged pageant is the winner aware of the process, so Guiseppina can not necessarily be held at fault. However, we can all be responsible including Giuseppina, the organizers, the press, the diplomats in the building, the judges, and the Ghanaian audience and public as a whole.

Had FashionGHANA not been there, there would have been no public account or record of what was witnessed in this video and Margaret would have stood in silence without a media platform. Congratulations to all the girls, and especially Margaret Kuma-Mintah, who was by far, the rightful deserving winner of Miss Ghana 2013. At the end of the day, what am I talking about, it’s just a pageant…Right?

I cant believe it. It wasn’t even close. Why do these ladies continue to enter these pageants. It is beyond my belief. SMH

THE GOVERNMENT SHOULD START GETTING INVOLVED IN THSE THINGS. ITS NOT FAIR. BUT THEN AGAIN THE GOVERNMENTS THERE ARE NOT FAIR NEITHER, LOL

I just search on google and there is not even one website that published what happened. My heart goes out to Margeret you are blessed and better things would come to those who wait….please be patient.

calm down guys it has been like this since long time ago. same show diffrent girls. next

This is outrageous. I’ve never witnessed cheating like this before.