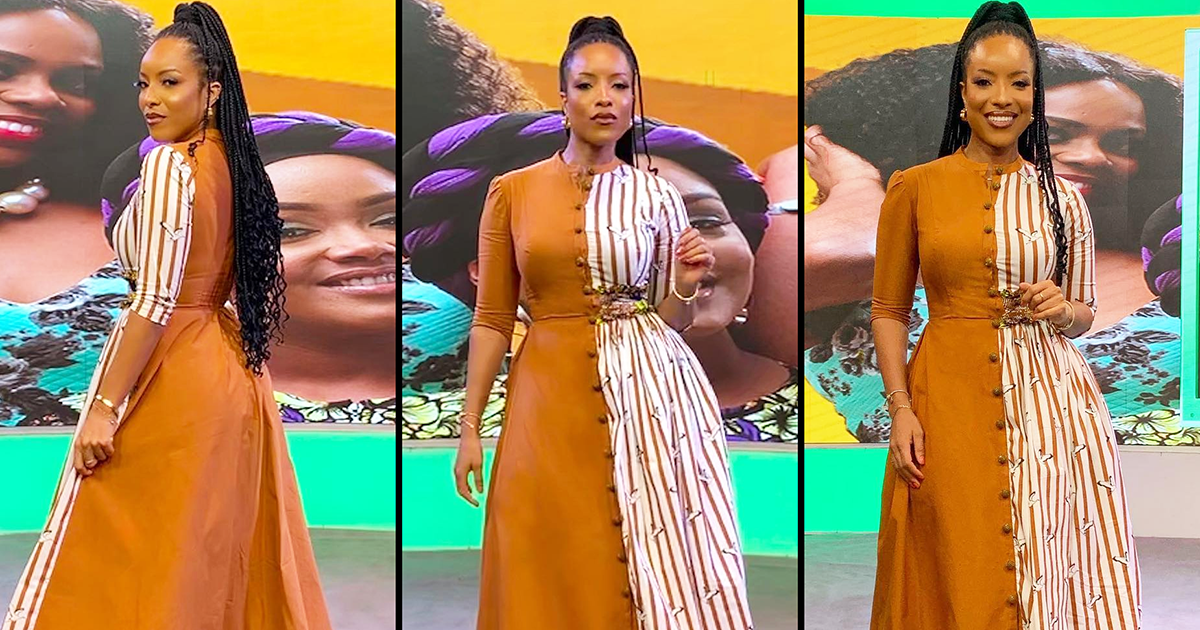 VIDEO: “There Is Nothing Wrong With Copying” Joselyn Dumas Speaking On Fashion Plagiarism On TV Show

39 year old Ghanaian television host and actress, Joselyn Dumas. In 2014 she starred in a ‘A Northern Affair’, a role that earned her a Ghana Movie Award and an Africa Movie Academy Award nomination for Best Actress.

The actress hosts her own show titled ‘Keeping it Real with Joselyn Dumas’. This past week she decided to shed light on Fashion in an episode titled ‘Lights, Camera, Fashion’. She hosted fashion stylist and style influencer Empress Jamila and custom menswear brand CEO, Brommon.

The show was uploaded to youtube in four parts where Joselyn, the host, and her guests discussed a range of areas is a basic discussion elaborating on what they do. In part 2 of the discussion, the group touched on the areas of plagiarism and competition and the experience of people copying designs.

On the area of plagiarism, Joselyn Dumas stated “There is nothing wrong with copying”. She emphasized on the fact that style is dynamic and inspiration is drawn from everywhere. Watch the discussion below.