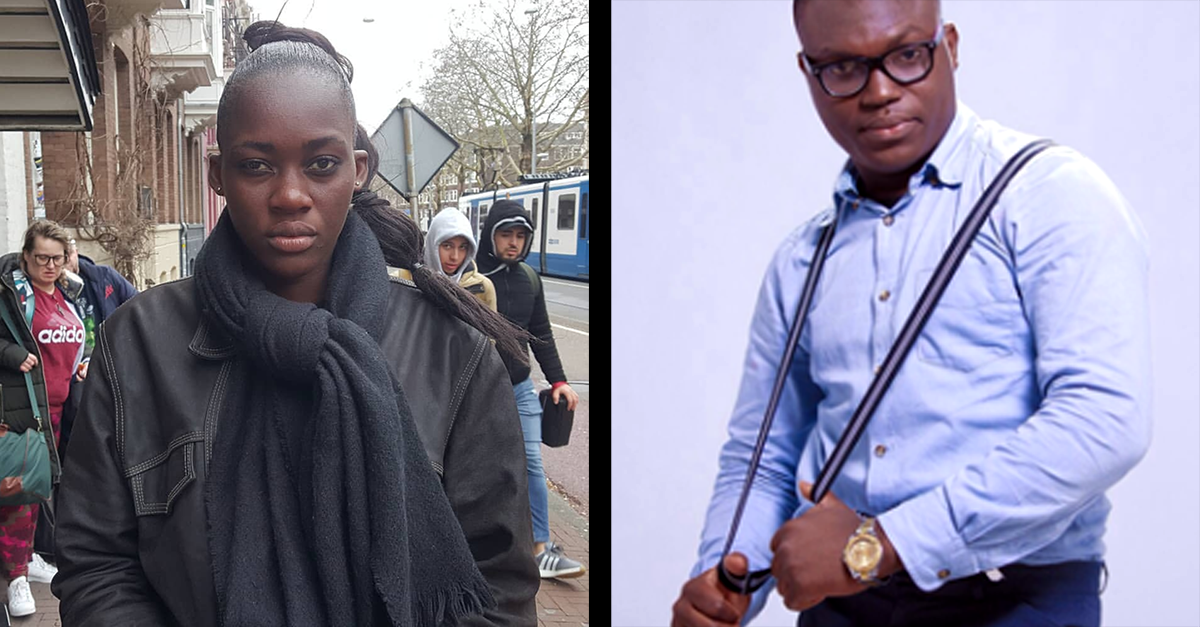 This morning on Hitz FM, organizer of Ghana’s Next Super Model Spark Zuta found himself calling in the radio to defend himself from allegation made against him and his organization live on air by the winner of his model competition. This was shortly after Ama, winner of Ghana’s Next Super Model had a full blown interview on the station with Andy Dosty’s on the Daybreak show.

The two returned to Ghana two days ago with the both of them seen on the plane where it was obvious Ama was keeping her distance from Spark Zuta. Ama’s first course of action after arriving was to take her views live on air and major radio station Hitz FM.

In all fairness, neither of these parties were being a 100% honest, although one may not be able to identify obviously where one lied, it was very obvious they both were beating around the truth. In our previous articles we wrote about the girl running away, we were provided with much evidence of what happened from one side. From phone calls to voice notes to messages and what have you. However we informed the organization that as the girl was not missing but had just separated herself from the organization we can not publish a one sided story, instead we will just publish what we have observed from what we know is true. 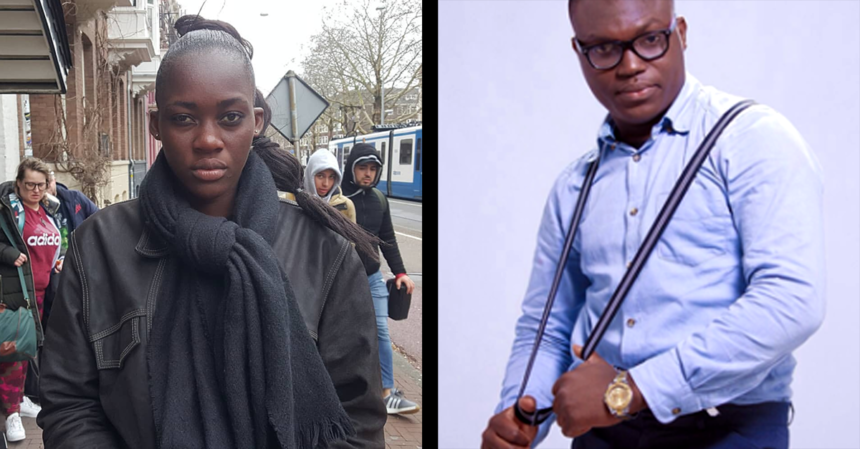 In saying that, there is enough evidence to prove that Grace did run from the Ghana’s Next Super Model organisation in France. however, on radio she claimed she didn’t and by stating she simply went to visit her friend, a lie she couldn’t defend. Maybe she is unaware there is much evidence from conversations with her mother that surfaced the internet encouraging her to run.

In saying that, that is not to claim her other claims are not true, that will be for the organizer, Spark Zuta to clear up. She also claims Spark Zuta made sexual advances on her, sleeps with all his other models, and borrowed upto 25,000ghs, which is just about $5000 from her father which hasn’t been paid. She also claims she was not only paying for her flights but also his flights as well and details how he scammed people into promising them visas but will spend it on luxury goods for himself. Despite her honesty or dishonesty, what is very obvious is this was not a fair experience for Ama.

The radio host try to find out on a sneak if she had sexually engaged with him to win the competition. The organizer had a 20 minute conversation with the radio host defending his position, and explaining why she wasn’t give her car prize and defending other claims made against him.

The Ghana’s Next Super Model later put out this press release. 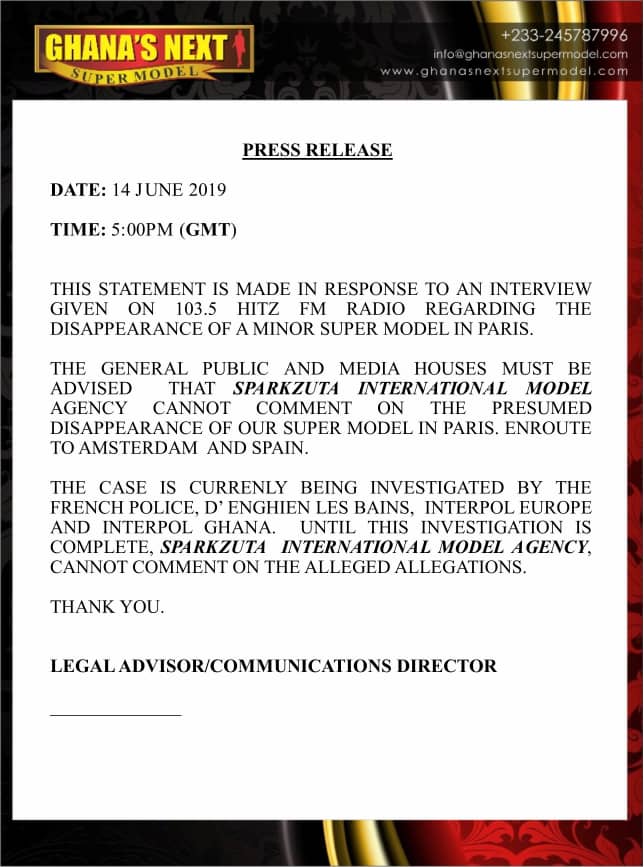