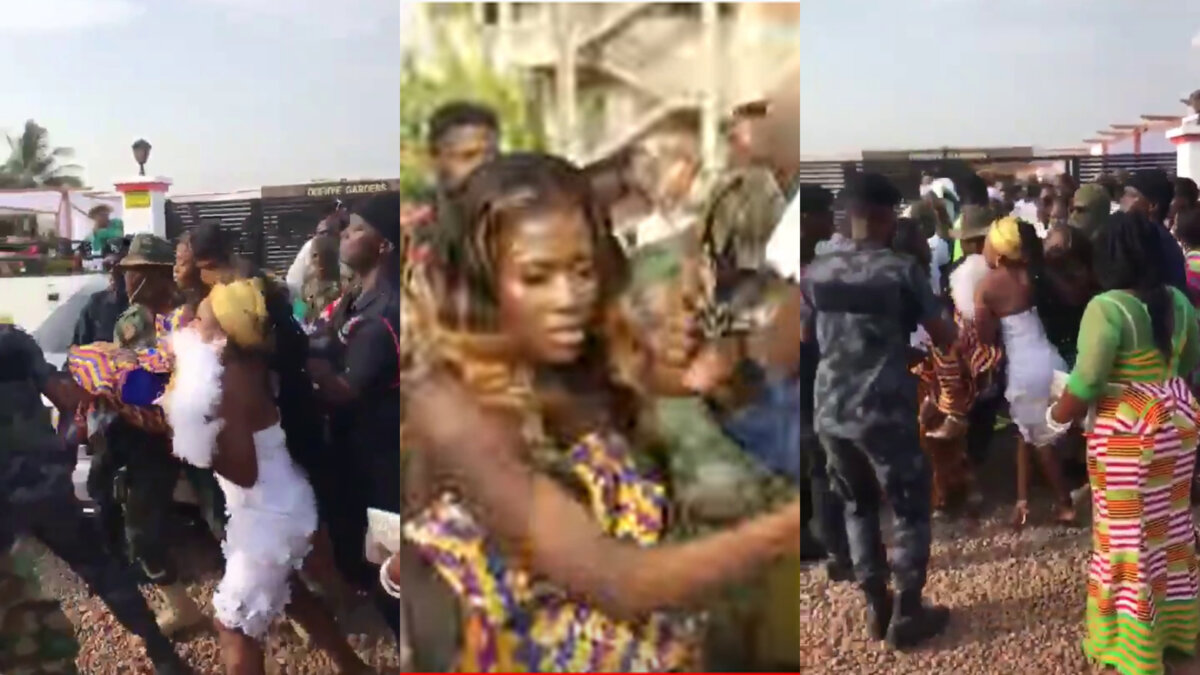 Today marks the end to all the doubters and unwell wishers for Fella Makafui and rapper Medikal as they finally tie the knot. The cute couple that have faced a lot of scrutiny seem to have jumped all hurdles. But it seems they didn’t end it on the best note, giving their haters something to talk about. Unfortunately Fella Makafui fell unconscious during the traditional wedding day.

There is no certainty why this happened, but many speculations are going around. Obviously the black magic people believe it could be some form of Karma as a result of the past love triangle her boyfriend was caught up in. And folks from the media are thinking it is a publicity stunt as many believe her recent break up with Medikal was a publicity stunt.

Let’s face it, the celebrity couple broke up roughly 4 weeks ago and they are getting married now. Obviously one doesn’t plan a wedding in a month. Fella Makafui and Medikal have really worked hard to master the media, making it hard for people to believe if such a tragedy such as fainting during your wedding day is real or now. Watch below.