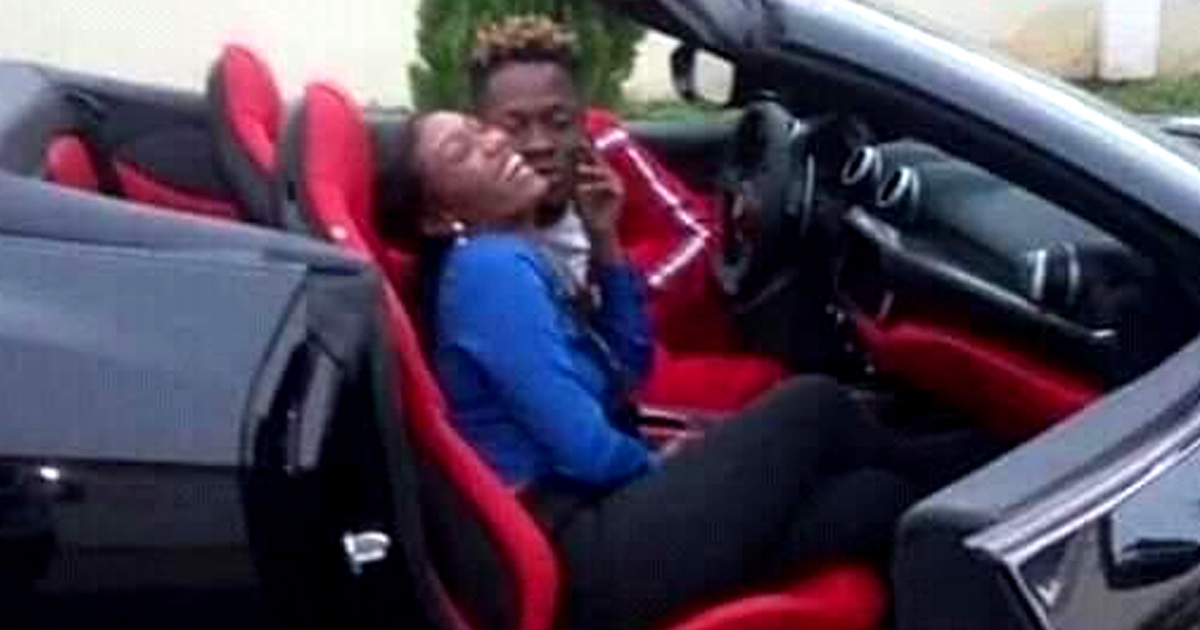 VIDEO: Watch Wendy Shay Gets Cozy, Giggle & Melt All over Shatta Wale After Stepping In His New Ferrari

Wendy Shay and Shatta Wale released a song not too long ago titled ‘Stevie Wonder’ as seen below.

MUSIC VID: A Look Into The Fashion That Had Shatta Wale All Over Wendy Shay In New Video ‘Stevie Wonder’

Prior to the release of the song, many started to question if there was anything going on between the two as some insinuated one of the pictures captured fairly indicated the dancehall artists was actually snapped with an erect genitalia whilst shooting with the singer as seen in the image below. 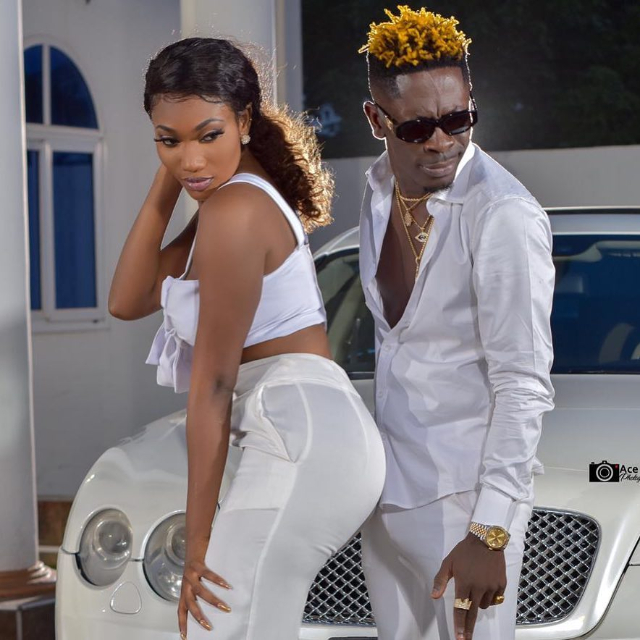 Well you don’t need to wonder any further. Shatta Wale recently got himself a new Ferrarri of which he ensured most of the social media bloggers of Ghana captured him inside. In one video he claimed his new ride and new lady with Wendy Shay sitting inside. In other videos floating around on social media the two are seen cozying up to each other and getting very touchy. Watch them below.