VIDEO: Wendy Shay Storms Out Of Unprofessional Accra FM Interview That Threatened To Publicize Details Of Her Sex Life

Usually relationships, where managers are engaged with their female clients, is despised by society mainly because women are at the lower end of the economic ladder and it’s counted as men exploiting them. However, make no mistake, it’s not illegal, as it is work employment, and not all circumstances translate into such.
So as much as it’s socially disregarded, one has the right to do so if they please.

Unfortunately for Accra FM, they just received another strike on the stations name as the station that kicked out TikTok ‘Take A Picture’ hit singer out the studio. Presenter Nana Romeo thought it was appropriate to force Wendy Shay into discussing her relationship with manager and CEO of Ruff Town Records, Bullet.

After refusing to discuss it, he continued to pressure her live on air, making the accusation she is sleeping with him and forcing her to reply, all whilst threatening her with having proof. The video was aired live and believe it or not, Accra FM could have placed themselves in a legally liable situation.

Ama K Abebrese has called for a boycott for the radio station. 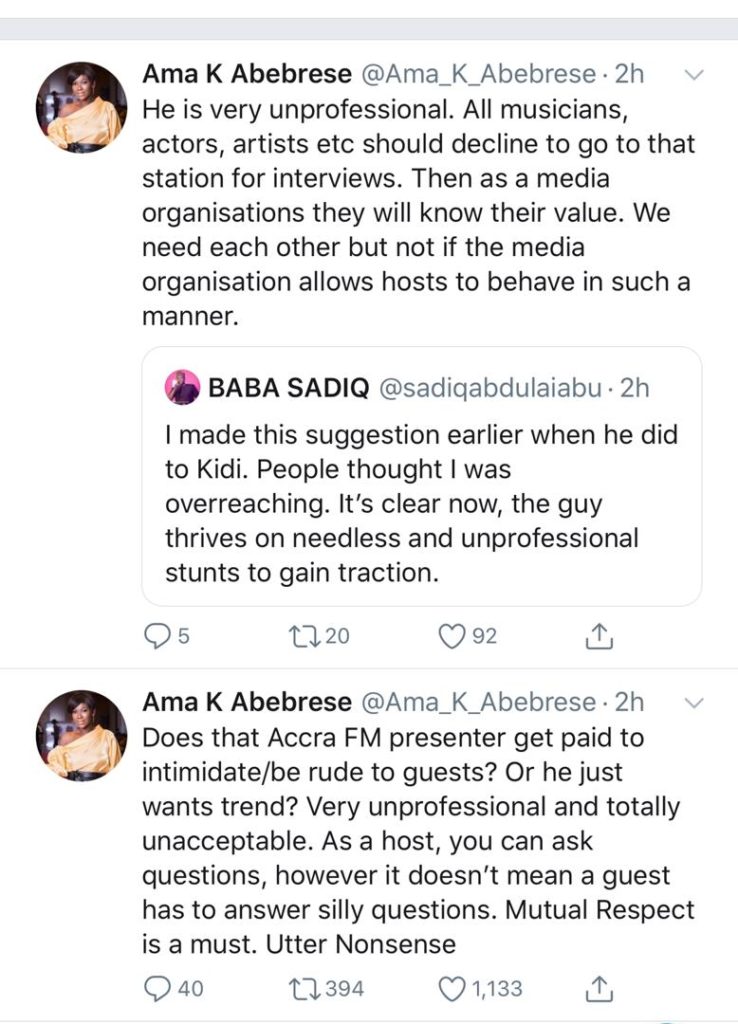 Watch the controversial moment below.