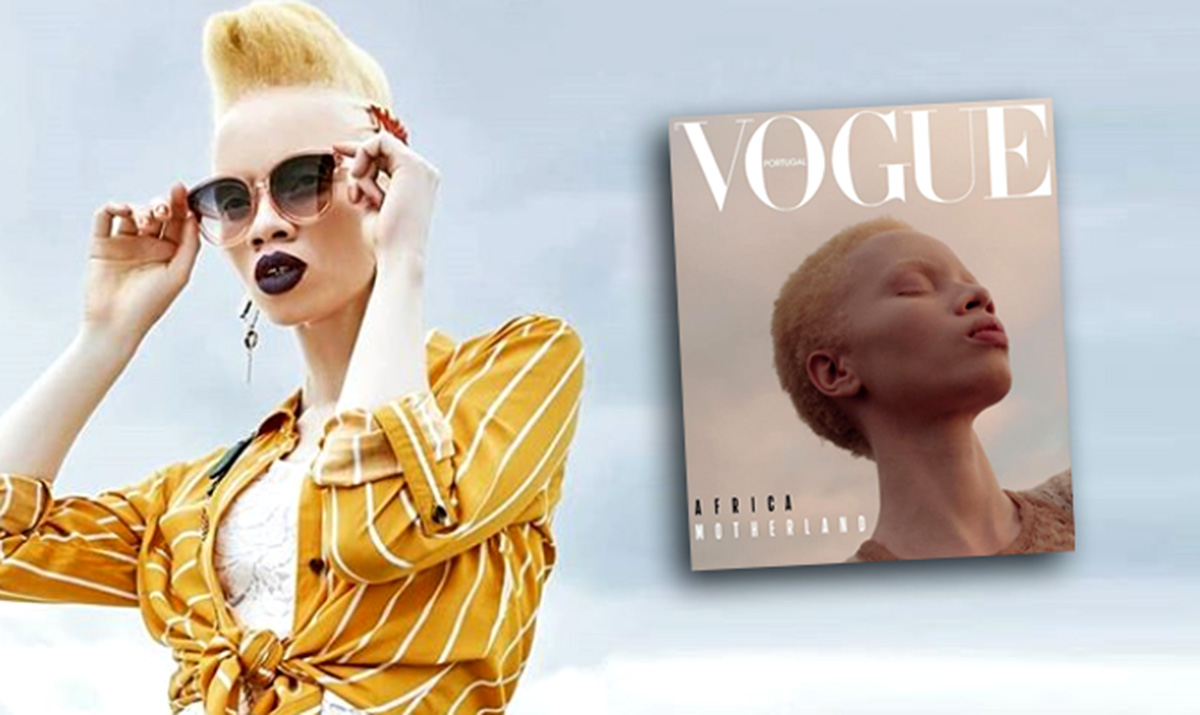 But is this a celebration for albinos or a joyful expression that vogue has reduced their levels of racism? In hindsight what we are seeing is, After 127 years of existence Vogue magazine has finally placed an Albino model on it’s cover and they have kicked off a PR stunt to highlight it’s achievement as the savior that is giving glory to the lost tribe of Albino’s.

Unfortunately, if it’s taken Vogue magazine 127 years to recognize that Albino women are just as beautiful as all other women, then this is not a victory to the model on the cover, nor a deserved round of applause to Vogue magazine, but more of an embarrassing silent congratulations. Sort of like the boy that finally passes a class he has repeated 4 times.

Here is another pun executed by the magazine. The cover was first unveiled on Vogue Portugal’s Instagram as they shared details of the magazine stating that the edition is dedicated to their origins and to Africa as the birthplace of humankind. Why did it take them an albino to use such a caption of Africans? The April edition of Vogue Portugal is a pure celebration of a beautiful range of African skin and beauty BUT all whilst using the rarest skin colour and tone of Africa.

Here is another aspect for thought, let us ignore the fact that there was any hidden connotations behind using an albino to identify the African people and their origins, the question also remains…..why did it take a magazine of Africa and it’s origins to land the albino model on the cover. Was she not good enough to obtain cover model status just simply based on her beauty? Did they need a reason that had to exclude white women to justify this title?

If you wish to celebrate this, that is fine, after all it is a slight step forward for the magazine, considering their irony of also using it to identify the mass of Africans. But most of all, It is appallingly embarrassing that a magazine that has more than 10 different branches, all releasing covers every month, existing for over 120 years has only just featured an albino model on it’s cover. The notion that this is to be celebrated is even far more ridiculous and condescending considering the continuous racist