It seems like Vogue magazine is used to being on the wrong side of history when it comes to making political statements. The magazine which began as a weekly newspaper, first published in New York City in 1892, before becoming a monthly publication years later played a major role in reinforcing racism in the fashion industry for years ensuring limitations to diversity in its pages.

Even worst than that, not only did it limit diversity in its pages, but on many occassions was seen depicting racially offensive editorials in some cases ‘black face’ images. However in 2020 and diversity sells, and with the rise of artists and figures like Rihanna, Beyonce, Michelle Obama, the magazine has learnt to embrace diversity for the sake of it’s declining sales which cuts across all print magazines with the rise of social media.

Yet still, the magazine managed to get on the wrong side of its fans today when it posted a picture endorsing Biden and Kamala Harris. One would believe that such a mainstream and liberal entity in an industry that has a great portfolio of the LGBTQ community would very much be inline with its readers, but they were wrong.

The picture posted no more than 1 hour ago captioned “Today’s the day! For those who have already cast their vote and are looking for ways to give their representatives a final push over the next few hours, tap the link in our bio for 5 last-minute things you can still do to help get out the vote for @joebiden and @kamalaharris—and all of your other chosen representatives. Whether it’s undecided voters, those requiring transport to get to the polls, or simply people in need of a little support during the predicted lengthy wait times, there are a number of initiatives on hand to make #ElectionDay run even more smoothly.”

In less than an hour, Americans and followers began unfollowing the magazine and dropping comments in disagreement to their posts. The most liked comment was ‘LGBTQ for Trump’ followed by a barrage of displeased followers. Read it all below. 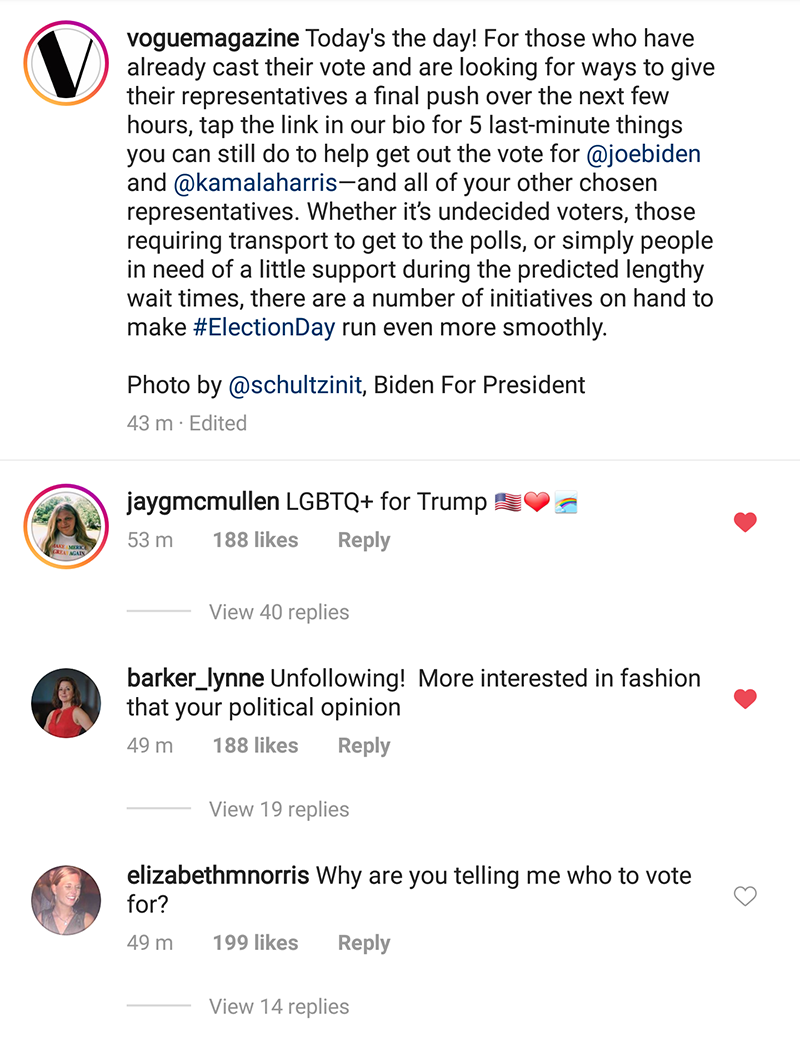 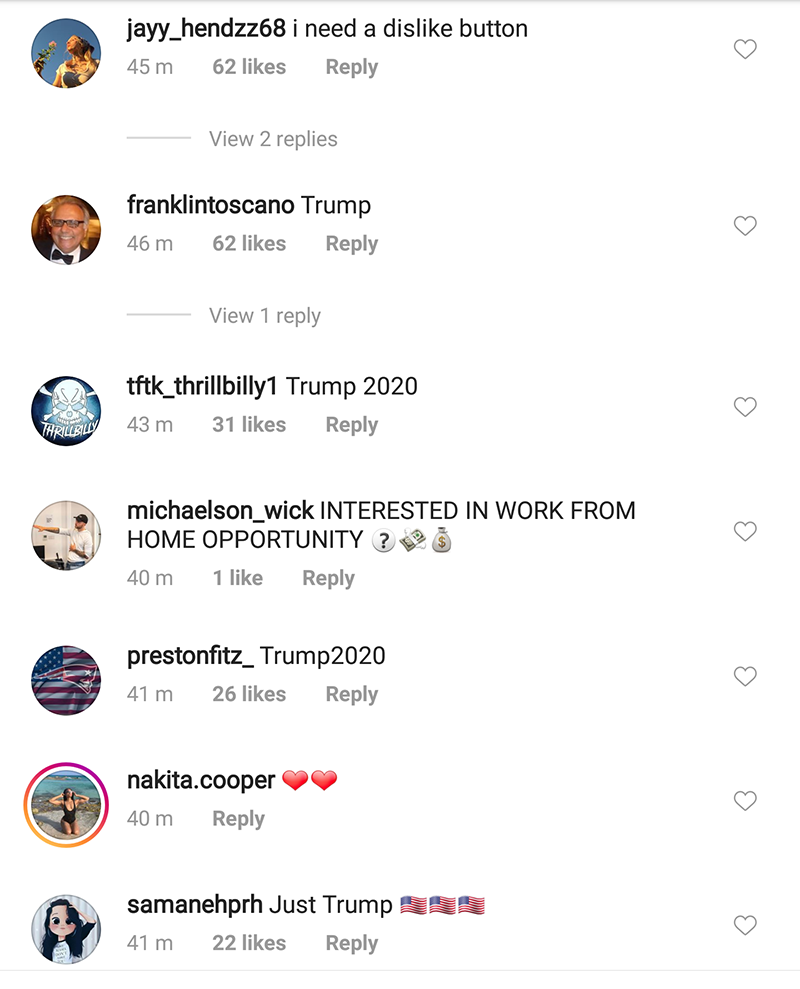 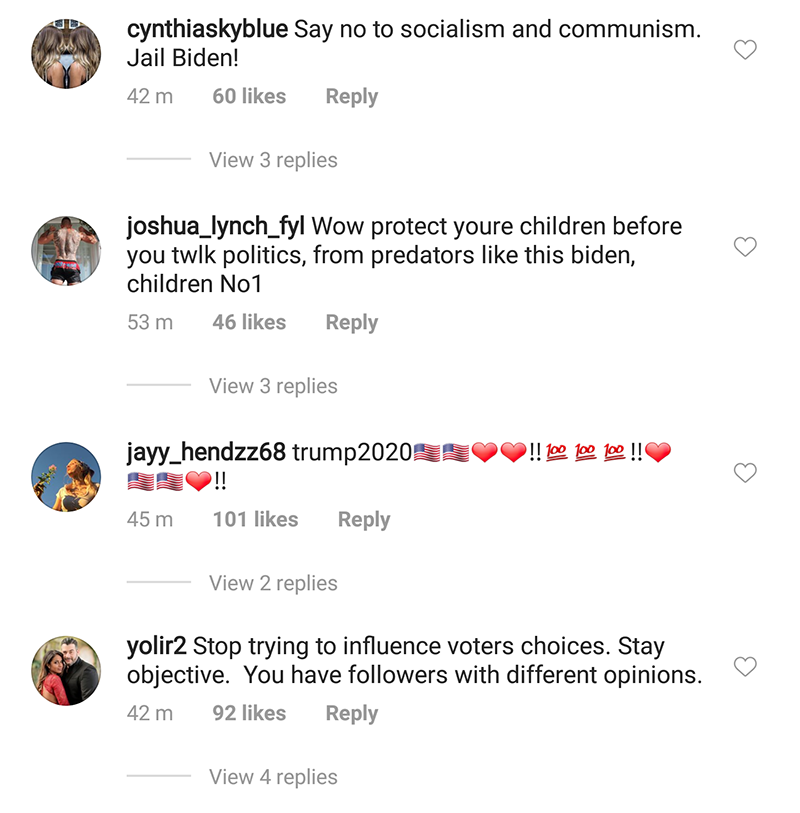