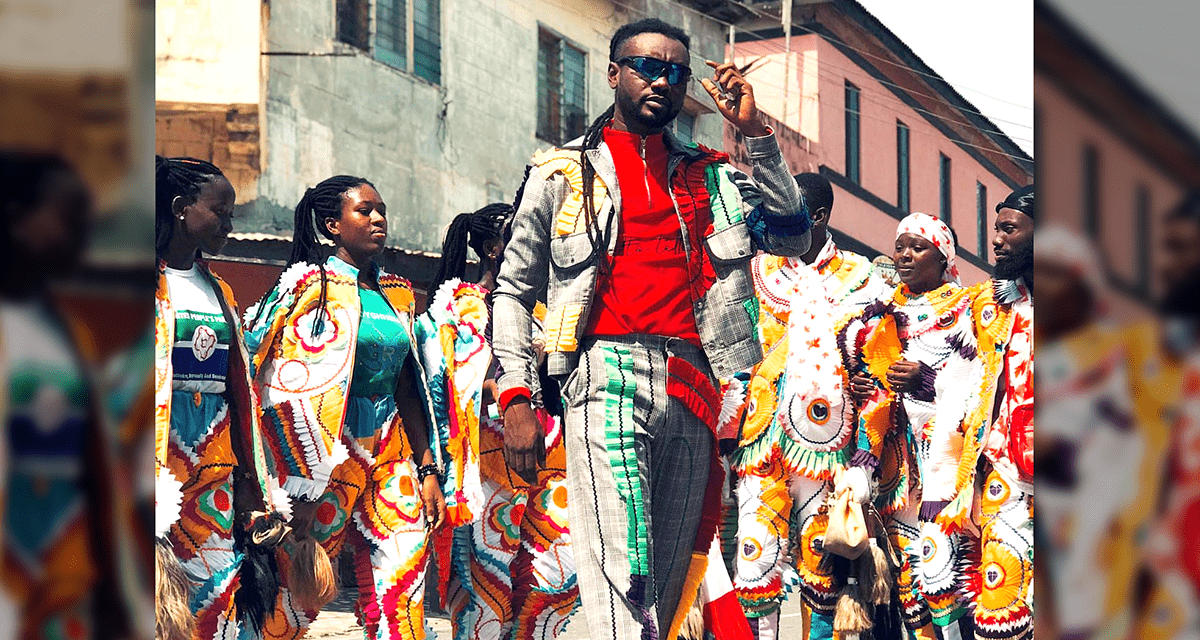 Kakamotobi is a very popular Ghanaian term and culture prominent in the country but extremely unknown to the rest of the world. The Fancy Dress Festival (known locally as Kakamotobi) is a masquerade festival held on Christmas to the first day of January every year by the people of Winneba in the Central region of Ghana. It is a colourful festival that features brass band music.

Kakamotobi is a national culture rooted from the GA (Ghanaian Tribe) people. It is almost like the Ghanaian rendition of Halloween, only that this time outside the festival, the kids wear these bright coloured puffy like costumes with scary masks and instead of asking for sweets, they instead are asking for money.

You will see it also heavily embraced at the Ankos Festival also known as Takoradi street carnival or Masquerade Festival is an annual event celebrated by the people of Takoradi, Ghana. Its main attraction is dozens of groups of people or teams dressing in wild outfits who display their skills and arts via dance. The festival is usually celebrated from 24–26 December of every year, and is popular with tourists. 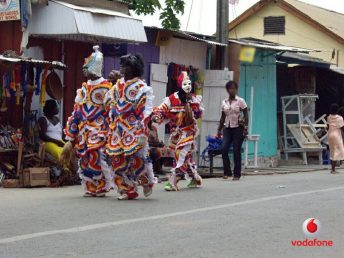 There is probably more depth to the culture than this however this has been the experience the general society has come to embrace of the Kakamotobi culture and term (which also is commonly referenced for monster by locals).

Unlike Halloween, The kids do not simply wear what they want, they follow this act with a particular white costume decorated with floral pink, yellow, blue and green designs, couples with a scary mask, and are seen at traffic lights hoping you will donate some cash to them. 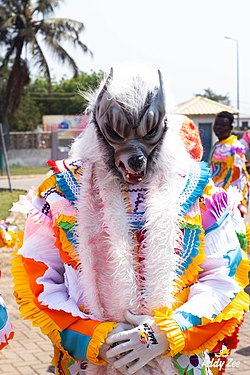 So now that we understand what is going on, it seems 2019 saw this Ghanaian culture put on mega blast. The city of Takoradi actually held its biggest kakamotobi parade marching festival where hundreds of people came out rocking the Kakamotobi outfits.

However, prior to that, there is one musician that had been bringing the look to the forefront of his fan base of which he has a lot of prowess over when it comes to style influencing, and that is Pappy Kojo. There is no denying Pappy Kojo is definitely one of Ghana’s leading style influences. In fact he made it to our list of top male style influencers in the world if music.

From Sarkodie To Medikal, Here Are The Top 7 Gh Artists That Influenced Mens Style & Looks Of This Generation

Pappy Kojo single handedly made the crocs shoes trend in Ghana. So it’s no surprising it will take someone like Pappy Kojo to bring light to the Kakamotobi culture as a fashion statement. Over the time, the fashionista has been spotted in many locations rocking the outfit. And yes he has gotten the attention of the masses, however whether the style will trend seems like a very tight one to pull off.

However, there is one exceptional rule, and that rule involves the role of daring and creative designers. That can step in and take this culture into a true fashionable state. Unfortunately, most of Ghanaian designers work to run away from their African culture, except when they are making an African print edition of western clothes. Let’s see where this will go, for now, enjoy Pappy serving us the best of Kakamotobi fashion straight from his gram.