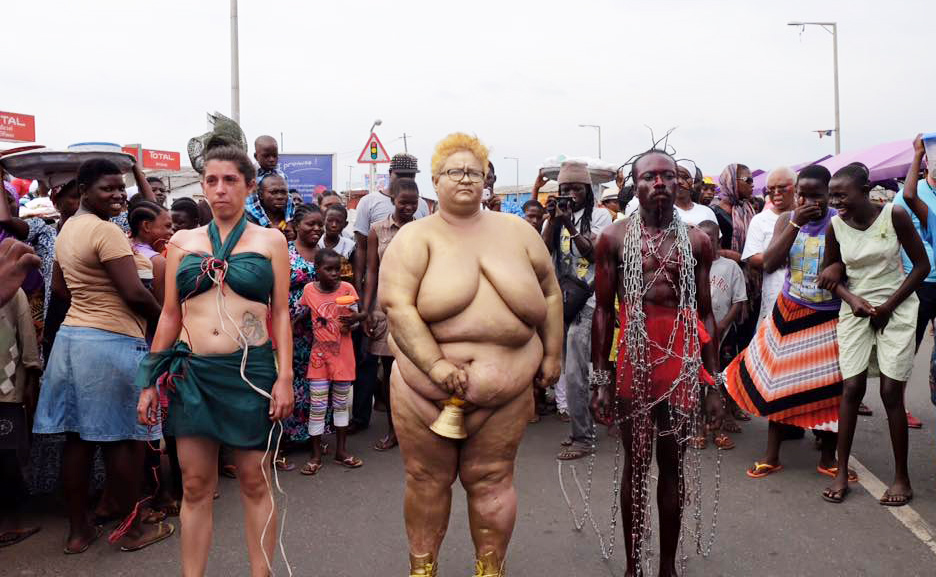 It’s August and once again the buzz for the Chale Wote 2016 Festival hits. It’s amazing how they pull off such a crowd but then as usual with festivals and street carnivals hype and promotion goes a long way. However some were already unhappy before the event even began, and now it’s over you can find out below.

First and foremost, Unfortunately, this year FashionGHANA.com was not able to bring you videos nor pictures due to our heavy involvement in Accra Fashion Week. Prior to the show we were struggling to conclude if we could and then the deal was sealed we couldn’t because time was limited.

However another factor deeply disappointed the photographers of Ghana which could possibly bite the organizers in the butt. This year, the Chale Wote Festival announced a fee for all professional photographers to pay. It was quite small for the random photographer shooting for fun and portfolio purposes and quite heavy for those selling to magazines or else.

So here is why the photographers of Ghana felt beyond betrayed by the fee! For years it has been the works of Ghanaian photographers that helped give the Chale Wote festival a national and international name. Yes we are sure there are some promotional efforts taken by the organizers to boost the rep. But almost every and anyone who is not a local in the James Town area will admit their introduction to Chale Wote festival was by some sort of photographer’s work or media mostly seen on social media or blogs. Especially with very limited media promotion of the event (as far as we see from here).

Even international media will admit that their introduction to this event was via the same process. So it’s not that the many Ghanaian photographers who wished to attend the chale wote festival and snap all their weirdos and funky dressed people, arts and talents could not afford the amount, but it was disheartening that they are now being demanded to pay for something they helped create into a national storm. And this is the reason why images of this years event is very limited.

Who knows, maybe Chale Wote festival has grown to the level where it doesn’t need any such support by the local photographers and not concerned about their contributions, or they are in dire situation where they need this money, or maybe the international media is so much they just don’t need local photographers, or maybe some photographers did somethings they were not pleased about. Or maybe they will come to ideas that will encourage them to cancel this fee next year.

However, Chale Wote Festival also needs to learn there is a good amount of artists that pay them to exhibit their art in return for exposure, and if this fee continues to limit the post event promotion, eventually those artists may not see the value in presenting themselves at the festival. Their actions have shown the power of the photographers, if you have realized the aftermath of the event is not as acknowledged as it was last year, then you should know that this is the very reason.

0
Subscribe To FashionGHANA.com
Get All The Latest Updates In Trends, Style & the African Fashion Industry
We respect your privacy. Your information is safe and will never be shared.
Don't miss out. Subscribe today.
×
×
Close