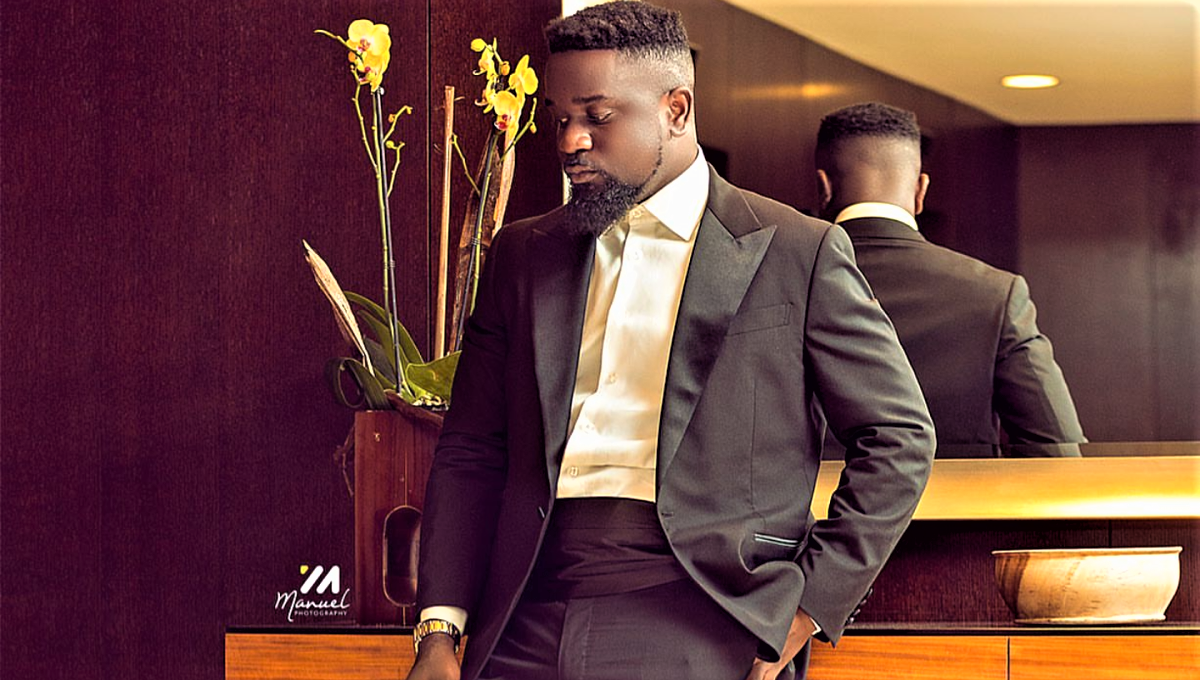 Whilst Stonebwoy seems to be working with various Ghanaian designers from time to time such as his VMAs performance, wedding ceremonies and some music videos, other top notch names such as Shatta Wale and Sarkodie haven’t seem to fully grab their support for African fashion and brands by the horns, alongside their Nigerian male counter parts.

Some odd three years ago when Sarkodie faced the biggest rap battle of his career that left Ghana’s musical fans split down the middle, he came out to mock his opponent Manifest for wearing African print clothes. Even fans of the music legend like us were far from agreement with that line.

How The Battle Of Ghanaian Rappers Sarkodie & M.anifest Has Sparked Fashion Talks

Not that he had a clear win, but if he was to have had one, that line definitely tripped him up. And here is how we know, Earlier this year and (three years later) when he published his birthday pictures wearing African fashion, social media went ablaze heavily bringing back the past of long gone feud with rapper Manifest due to the fact he was wearing African fashion which he denounced.

Ghanaian’s Torment Sakodie For Wearing African Print On His Birthday & Here Is Why! Read What Manifest Had To Say!

But it wasn’t an insulting moment (although it might have been for some) it was more of an appreciation that the successful music revolutionary has come to the platform to putting Ghanaian artisans on the map. The hope to see him in more fabulous African designs and brands was like a fantasy about to come true. He then tickled our fantasy a bit more when he served us this print top.

From M.Dot To Okyeame Kwame, It Seems Sarkodie Might Be The Celebrity To Put African Menswear On The Fashion Map

However, we have been watching closely and it’s time to put more pressure on him and other industry giant to now start putting the brands in their lyrics. We have come this far why stop now. In a new song featuring R2B’s Mugeez, Sarkodie, whilst bragging on his status stated in the first verse “Offwhite Jeans, Gucci white top, fresh bling bling…”

The video which has been watched my 130,000 people around the world, was an opportunity for Sark to have put our brands on blast to 130,000 people instead of Gucci and Off white. Just imagine the impact, had he thrown in one or two fashion brands in Africa. All those that would have gravitated to the brands.

Yes we know these lyricists and musical geniuses need to be paid for their promotional service. There is no telling if its because the brands are not pulling up to this or if they are and the musicians are turning their backs on them. But it’s high time we start hearing African brands in these lyrics like we did our whole lives hearing versace and gucci in hip hop. We don’t need that trend to continue in African music, unless obviously they are paying.

Accra is getting more expensive, they are creating the 100 and 200ghs note, believe it or not, this is not for the interest of the local Ghanaians but the foreigners who come in to stay in the 5 star hotels and those that own the stores in the Accra Mall selling nothing but foreign goods. It’s no longer about print, we have designers and brands for all types of looks these days. Sportswear, Suits, Casual, you name it. Now it is high time we are heavily bent on supporting businesses with each other.