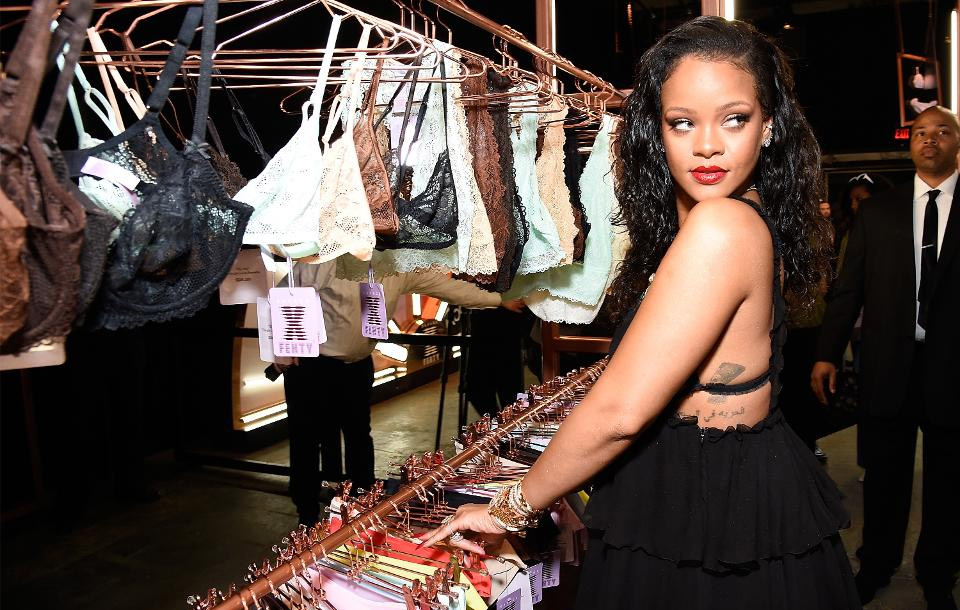 The Breakdown You Need to Know: In September Savage x Fenty raised $50 million to continue funding its mission of inclusive lingerie through great products and fashion shows, CultureBanx noted both of which are currently missing from Victoria’s Secret. Ratings have continually dropped with the December 2018 show providing dismal ratings of just 3.3 million viewers. This was down from more than 5 million in 2017, and a far cry from its 2011 show that drew in 10.3 million viewers.

Instead of going the dinosaur route of putting her Savage x Fenty brand’s second annual runway show on TV, like the now deceased Victoria’s Secret show, she took her talents to Amazon Prime Video. The cool and hip lingerie show was available to 100 million Prime subscribers in more than 200 countries.

It featured women of all shapes and sizes, with racially diverse models who represented nearly all the shades offered by Rihanna’s Fenty makeup line. Her beauty brand generated $558 million in its first full year in operation.

Fashion Faux Pas: The former CMO of Victoria’s Secret, Ed Razek told Vogue last year “the show is a fantasy” and essentially people don’t have any interest in a TV special for plus sizes. With this type of corporate thinking, one can easily see how Rihanna’s brand put a nail in Victoria’s Secrets’ fashion show coffin.

In contrast, the international pop icon told the same publication in May 2018 “women should be wearing lingerie for their damn selves.” She also added, “I can only hope to encourage confidence and strength by showing lingerie in another light.”

You don’t have to look far to see exactly how Savage x Fenty is definitely following through on its creators statements. They debuted their first brand ambassador, singer Normani, and have added Tinashe and Dreezy to their melanin rich line up.

Time For A New Push-Up: On the most recent earnings call Victoria’s Secret stated they decided to scale back on its more “extravagant marketing methods.” Sales at the brand which gave you the push up bra have fallen off 6% this year, and lead the company to lay off 15% of its employees.

All hope isn’t lost for Victoria’s Secret since it’s still the biggest lingerie brand in the U.S. They command a market share of 24%, albeit that’s down from about 32% in 2013, according to Coresight Research. Shares of L Brands are down more than 25% this year. However, they have a lot of work to do to fend off the Savage lingerie market takeover from Rih Rih!