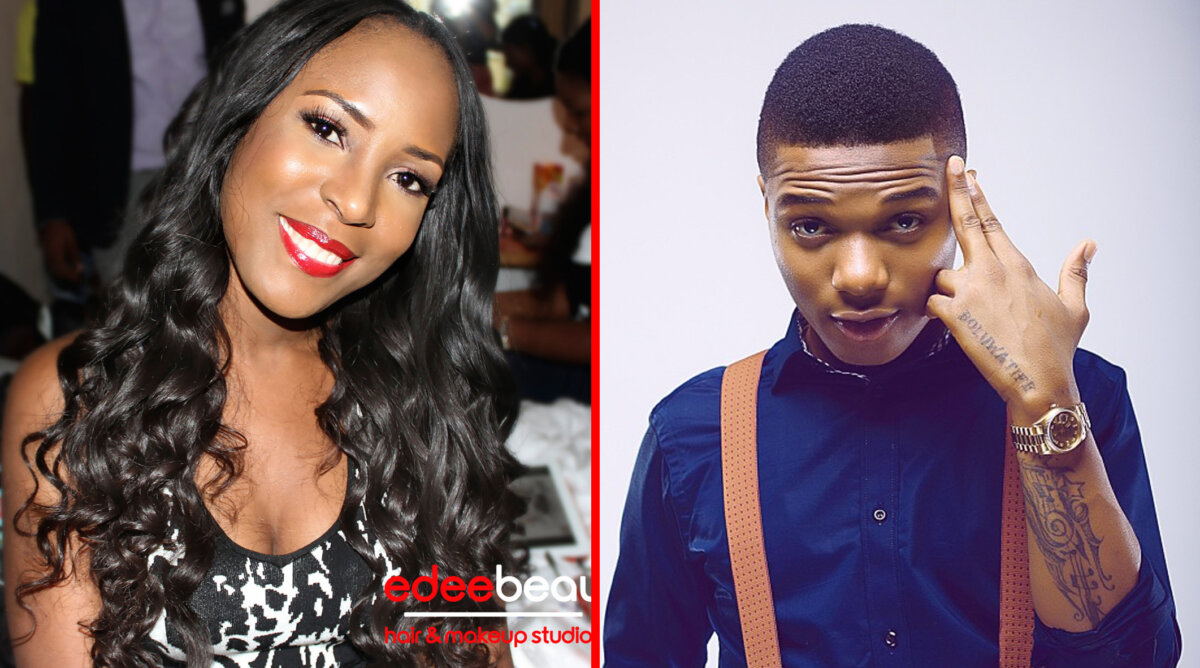 We have all seen snap shots of some supposed celebrity giving a harsh response to another. In most cases these are fake profiles that mimic real celebrities and spout remarks that could be confused as rhetoric from the official accounts. That was my initial reaction when I saw this snap shot. 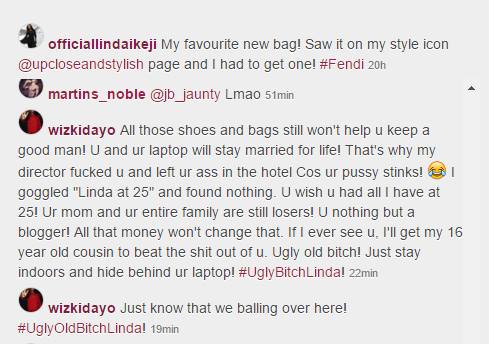 Low and behold, after double checking it was really real and official. Whether it was Wizkid himself or a colleague that we will find out, although it was his official account. For those who don’t know Linda Ikeji, her website is the most famous/visited blog in Nigeria. Filled with celebrity gossip, product promotion and everything one can blog about.

Her worth has been documented by various other media and apparently she is worth millions. Wizkid on the otherhand is also one of Africaa’s most popular artists making songs that anyone who knows African music would know off. He was also acknowledged as Vogue’s Nigeria’s best dressed artists (not sure what Vogue knows about Nigeria or Nigerian dresses anyway) So to see such a harsh exchange by two establish figure is quite eye opening.

Linda Ikeji has already replied to the mess on her own blog where she explains why Wizkid is going after after rebutting having any relationships with his manager, and she states…..

Having said that, I’m sure, you wonder why Wizkid is so mad at me? To be honest, I don’t know either. All I know is that his beef with me started a long time ago but he decided to start bashing me online after I refused a meeting with him. A few months ago, he asked his PR people to contact me, that he wanted to talk to me. For some reason, he thought I didn’t like him and I was hurting his image online. He wanted to see how I could write more positive things about him but I turned down the meeting. Not that I have anything against him, I sincerely don’t! I think he’s an amazing talent and one of the few music stars in Nigeria with a midas touch. So this wasn’t personal. I just didn’t want to meet him. If he lobbies me then it means I won’t be able to write anything about him anymore…and my job is to write…about everything, including entertainers.

So there you go, a little controversy brings the sun out every now and then. Nigeria Celebrity Watch

Linda Ikeji is a pussy herself. She doesn’t help matters as a wealthy blogger in Nigeria. Chesk out what http://www.doronize.com said about her.