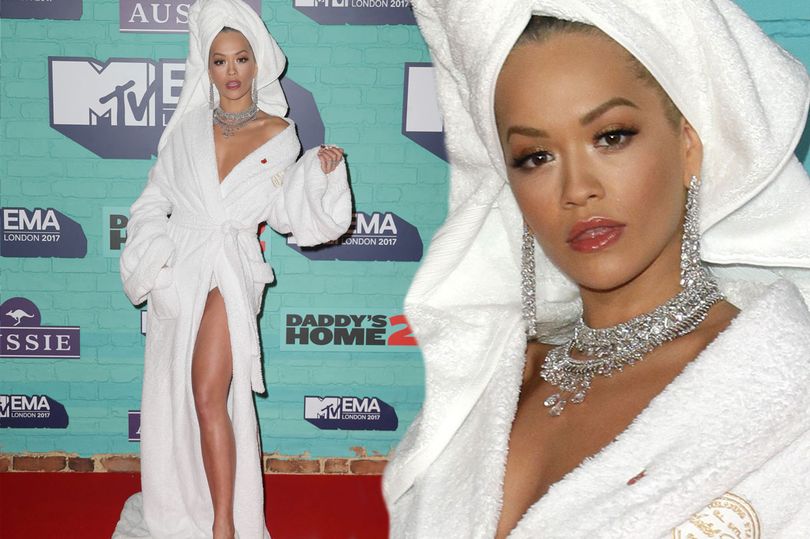 Yay Or Nay? Rita Ora Wears A Bathrobe To The MTV EMA’S 2017. See Pics Inside

The MTV Europe Music Awards best known as The MTV EMA’s this year was held at The SSE Arena in Wembley, London, United Kingdom.

The singer, Rita Ora who was the host of Sunday night’s event, shunned the glamorous dress code in favor of a much more casual ensemble. She arrived at London’s SSE arena posing for pictures wearing a white fluffy bathrobe and towel on her head. The bathrobe which was strategically draped over her shoulder to reveal was bra-less underneath.

Despite her very comfy attire, Rita was dripped in diamonds for the event – accessorizing her lounge wear with chandelier earrings and jeweled choker necklace.
Although she looked like she had just stepped out of the shower, Rita hadn’t just stepped out the shower though as she was sporting a full face of make-up and her hair was wrapped up in her towel ahead of her big reveal during the show. Check out the pictures below. 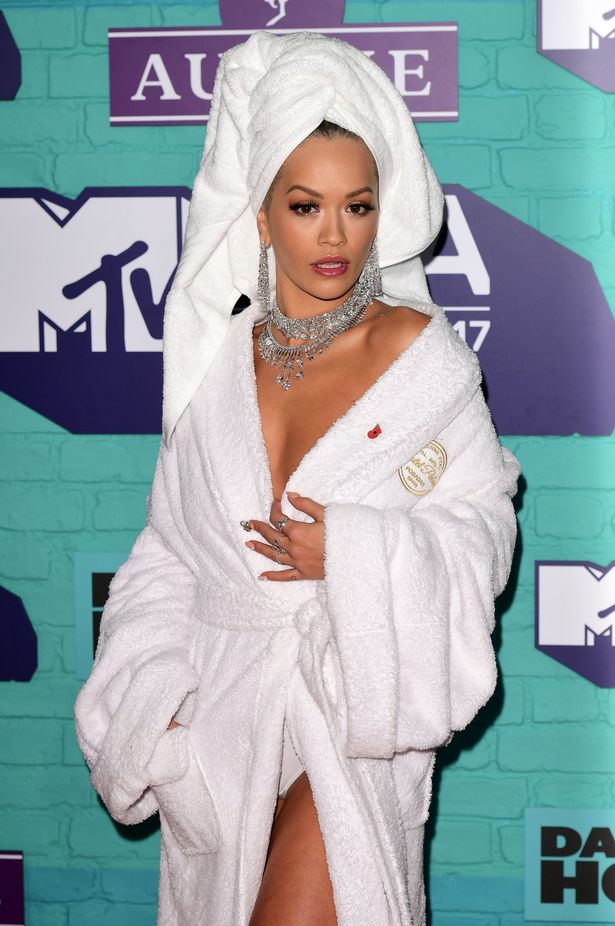 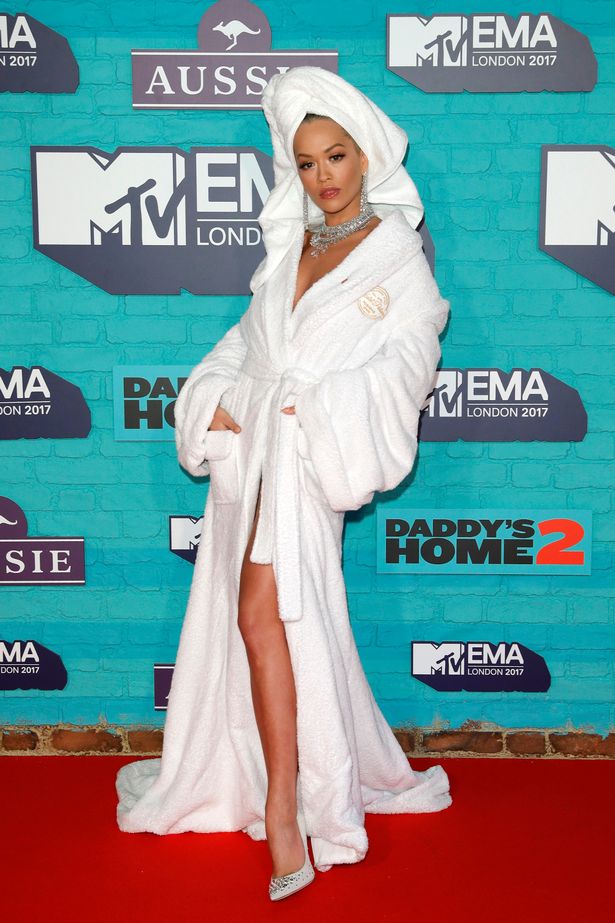 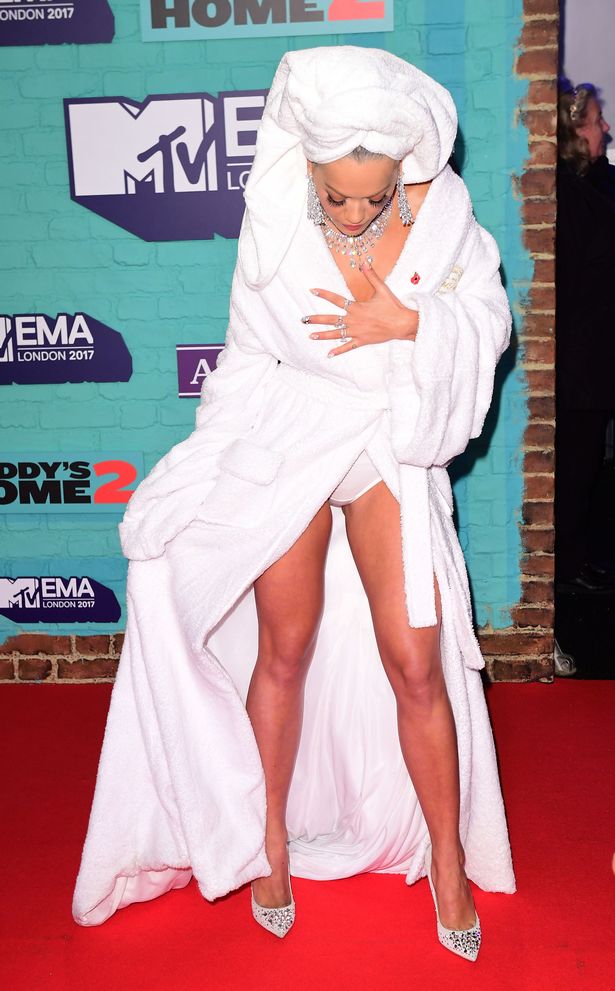 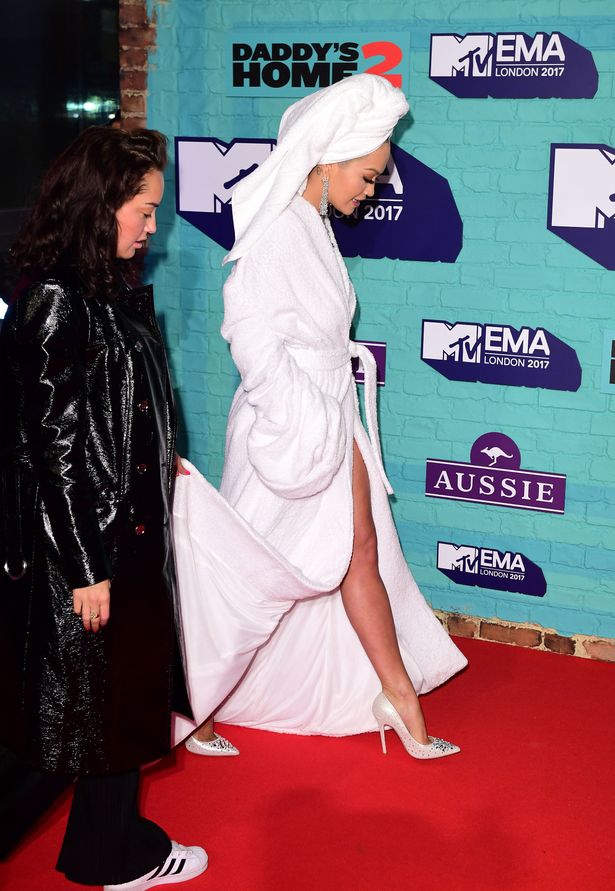 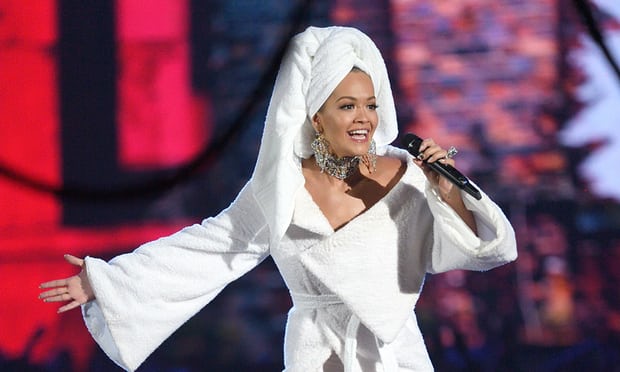