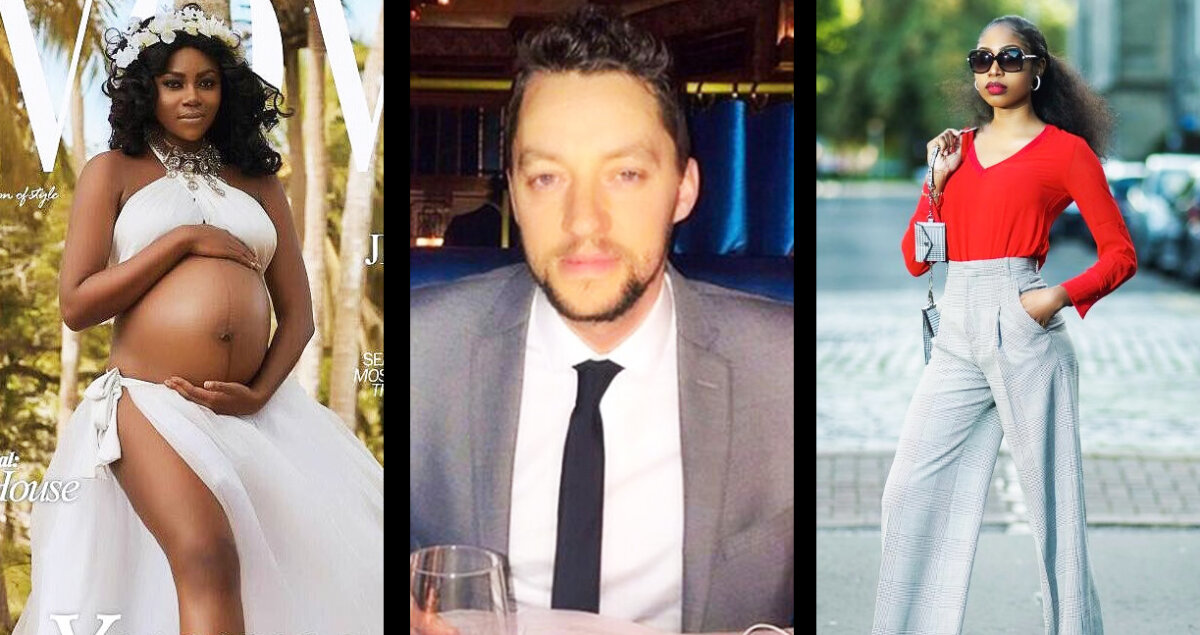 So there is much speculation going on about Yvonne Nelson’s pregnancy, initially we thought it actually never happened which we were wrong on that. Once proven she had had a baby via the pregnancy pictures, many were curious who the father was.

Some did not worry with assumption that it could simply be a man who wishes to maintain his privacy, but things have taken a big turn ever since a screen shot of a whatsapp chat conversation came into public. Apparently the story is her baby’s father is the husband of an associate of Yvonne Nelson, who Yvonne once asked for help. The now famous man is…. 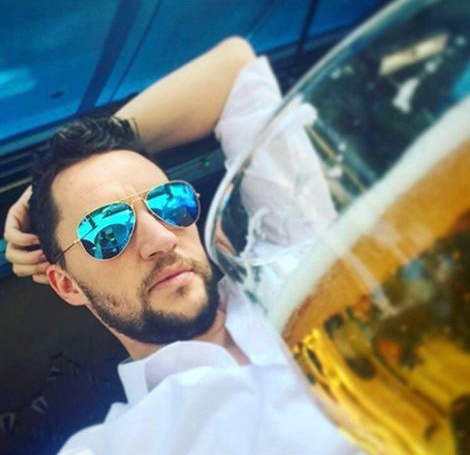 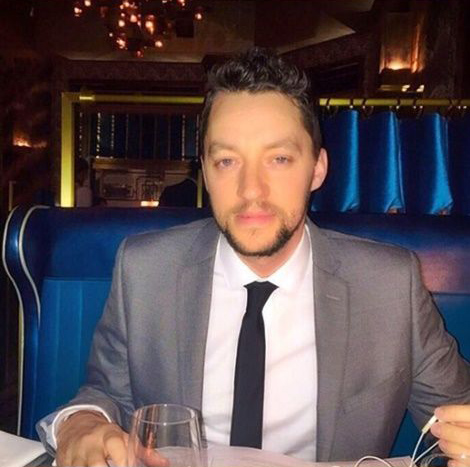 The said lady claims Yvonne Nelson then stole her man and is now pregnant by him as she spoke to a colleague on a whatsapp chat. That chat was screen shot by the receiver and was made public as seen below. 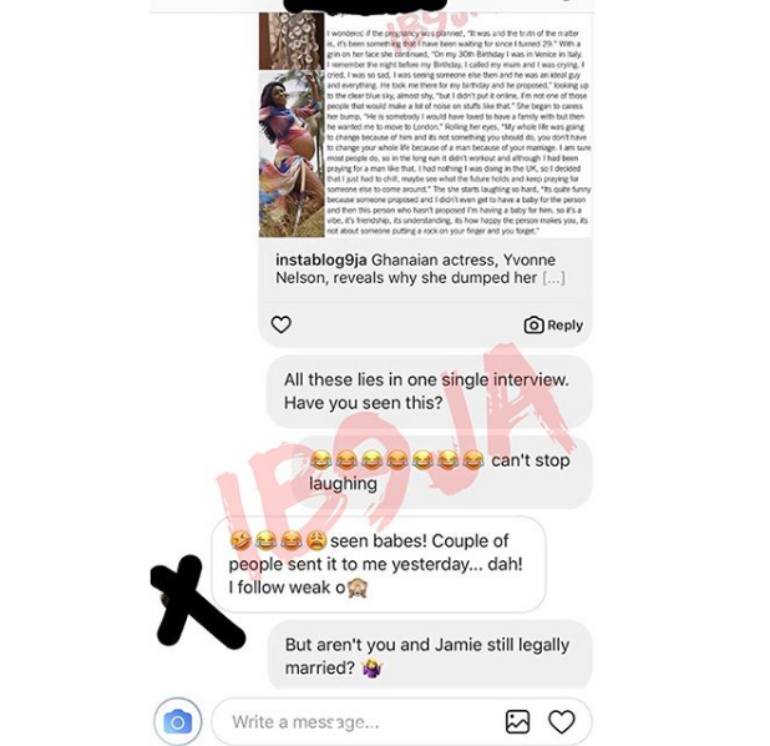 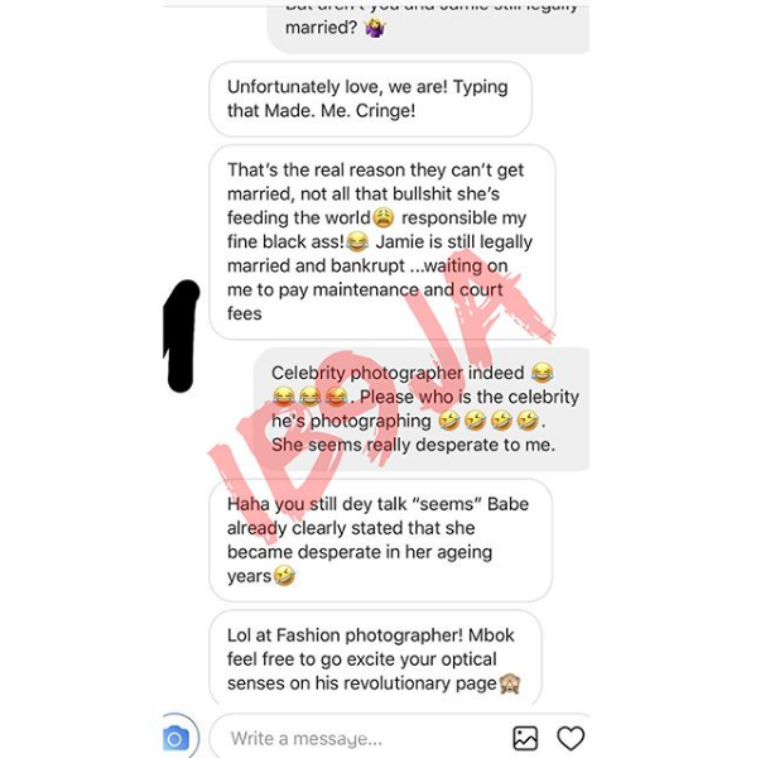 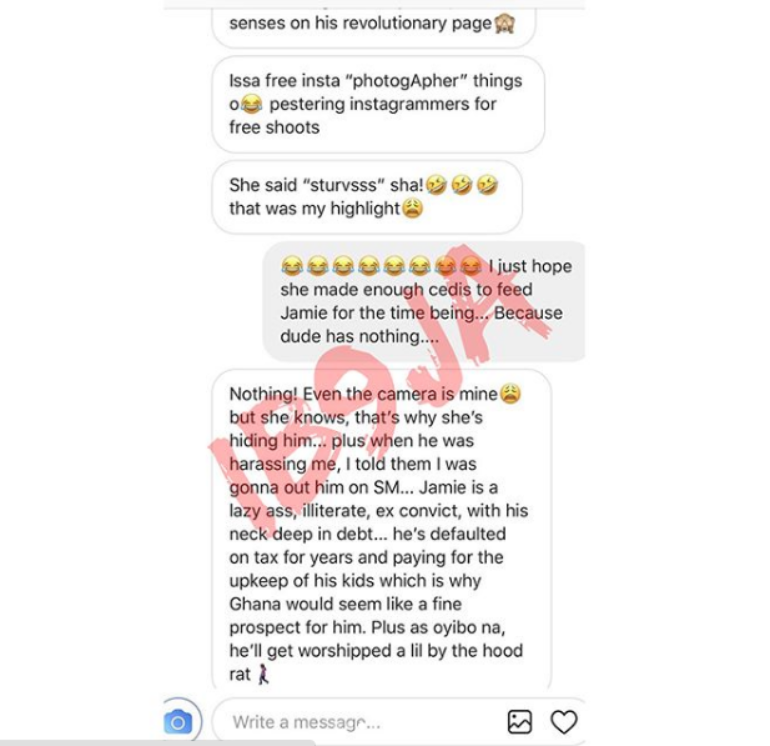 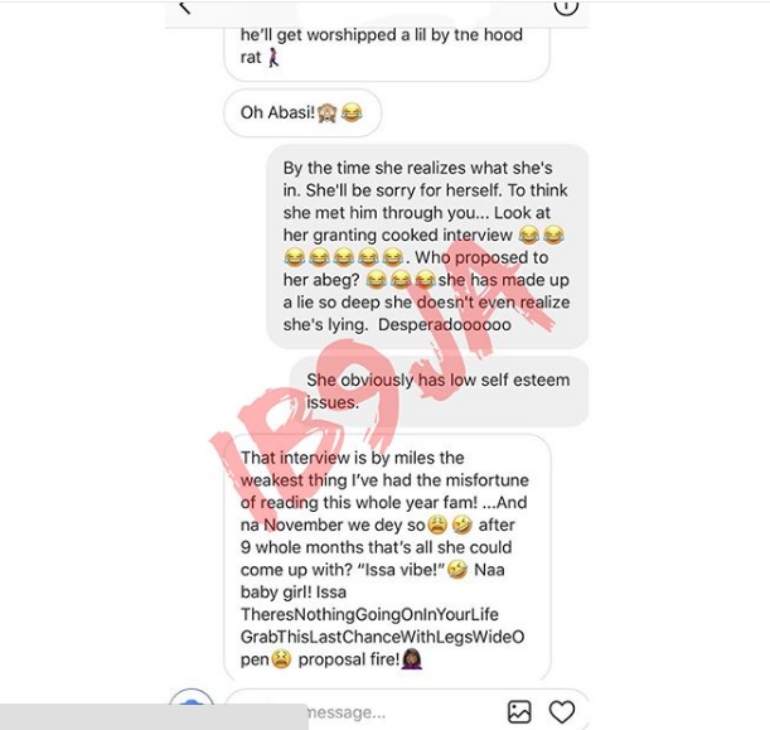 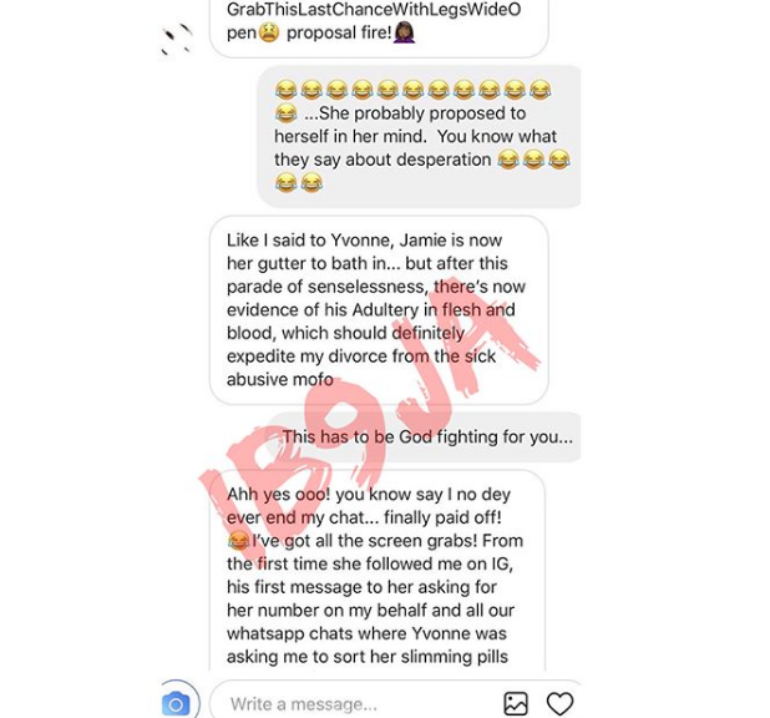 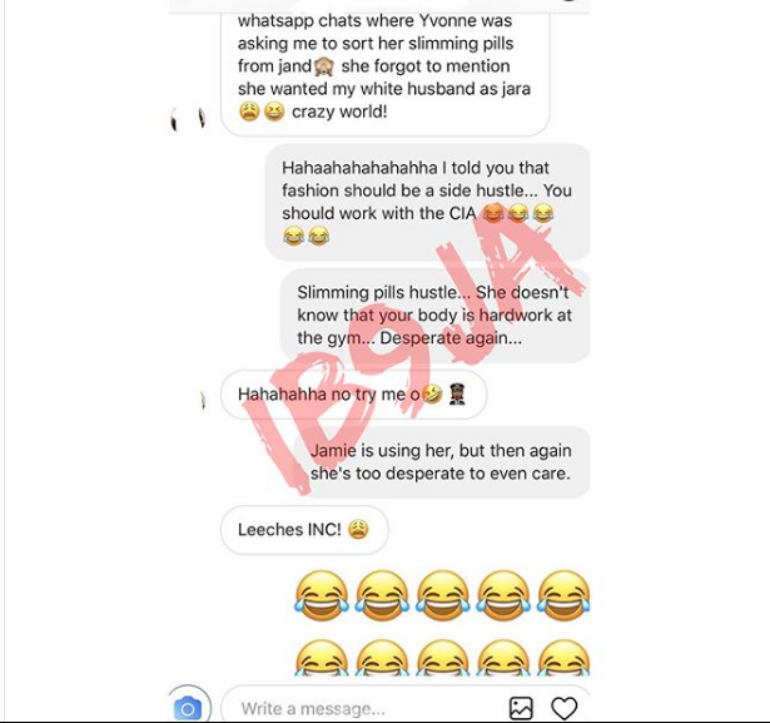 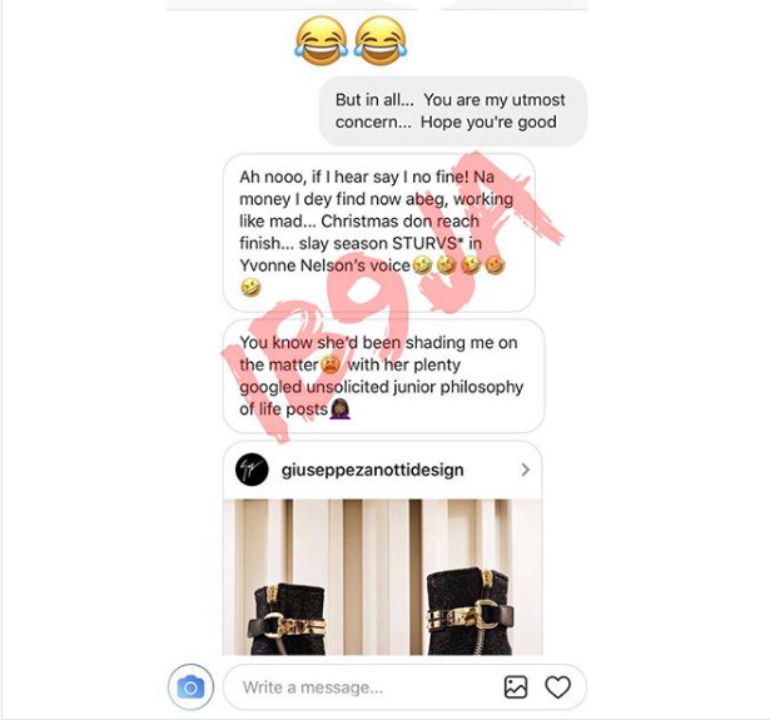 Also before all this dramma, the lady had posted images of their wedding with a beautiful caption showing her love for the said broke man. 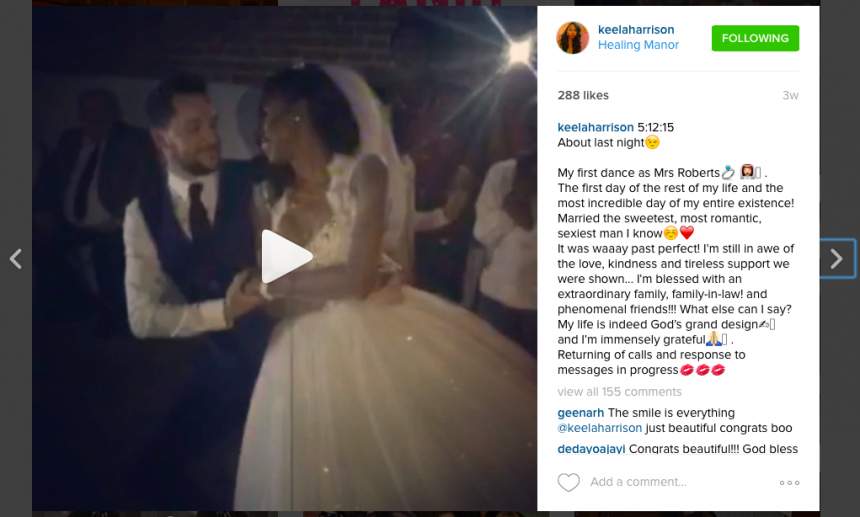 It has emerged that he is a London-based photographer by name Jamie. He is known to have photographed personalities like Hollywood star, John Boyega, Sammy Forson, model Leanna Beckford and Ava Enchill. Keela, the wife in what’s said to be a leaked chat above said Jamie is a “lazy ass, broke ex-convict and woman abuser.” 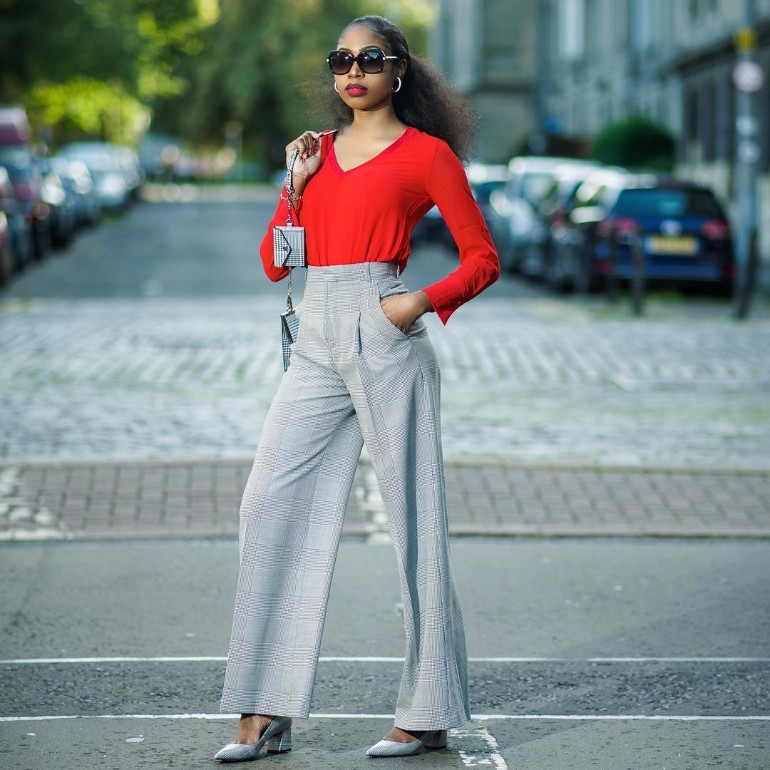 Some say it doesn’t matter but it does. Who are we fooling, if one expects society to celebrate and congrats your pregnancy by taking it to the media, then don’t expect society to be quiet when it emerges that the said baby is already married to another woman and an allegedly an abusive man. Broke and white, well that part is not too necessary depending on other factors.

Even more so, Yvonne Nelson is to some extent an icon, a great role model for women in Ghana and one of the most admired by men. There’s no telling how she rose to fame behind the scenes, but it was certain she was loved for her roles. She then went from an actor to a hard working producer.

A baby and a union a man in this circumstance is not the best road to go by said a person with this status. Yvonne Nelson really knows how to play the media, so there is no telling what the actual reality is until she puts it out, but for now, this is a NO NO. And a shameful way to have the amazement of her great pregnancy pictures drown, even if it is just a rumor. But feel free to share your thoughts.