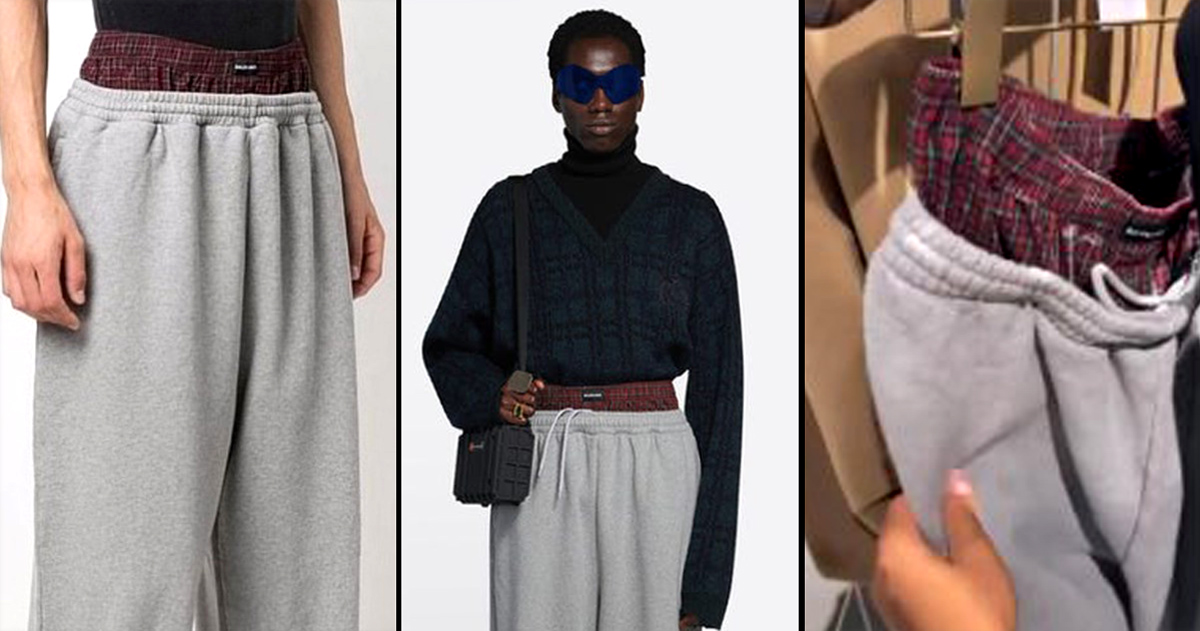 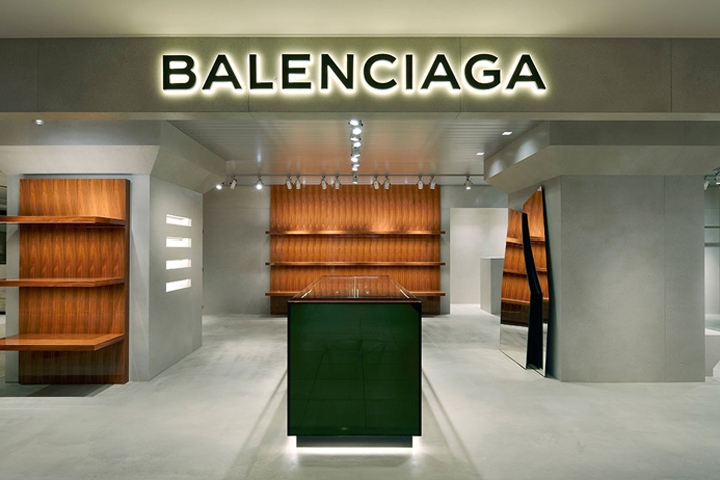 We are not ones to hop onto the bandwagon of the cultural appropriation outcries as we have done that more than enough in the past. It does nothing but exposes our inability to do for ourselves and moreover, it makes their racist brands more popular to racist clients and investors.

Not only that but usually the ‘racist’ outcries mostly only furthers the promotion of the racist brands. Once they have achieved their pr and rankings in google, they will make a half-ass apology and black people will be back to buying their products. So the ‘racist’ outcry really is outdated as we can not even stick to boycotting entities that work against us. 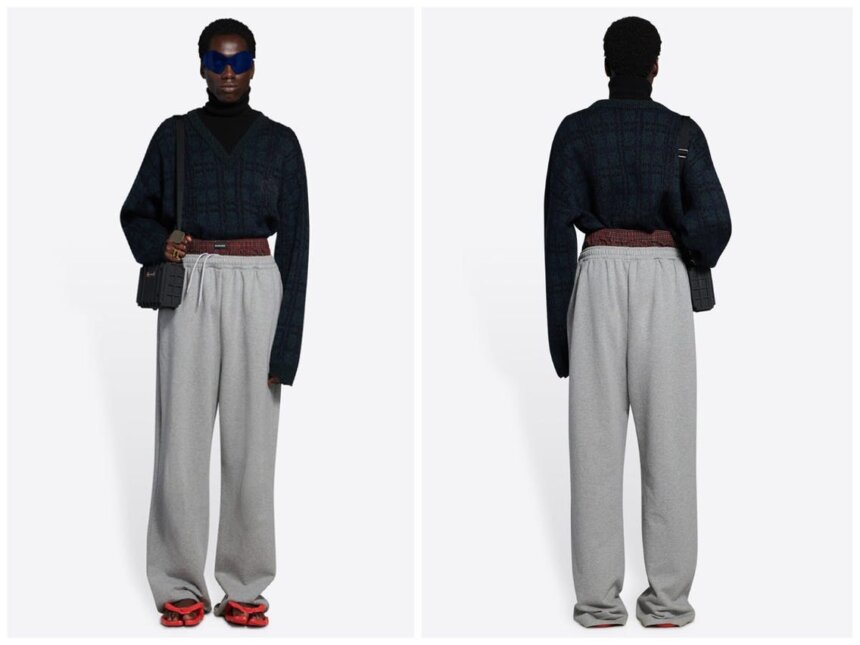 In the typical fashion of cultural appropriation, we would have been totally okay with it and ignored it. We do not find it racist simply for the design. Black people had years to create this innovation and they didn’t, so again purely based on the aesthetic of the design we would have continued to further ignore it.

Sagging Pants Is A Crime So Balenciaga Is….?!

It was only in 2018 and 2019, America had mass incarceration of African Americans for sagging pants. They might not have been shot dead or killed like Goerge Floyd, but they definitely had an extra item on their criminal record.

Atrocities on African American communities are so far off, that unless we hear there it’s a murder, it’s like the world ignores it. But simply imagine being manhandled by police on your way to school or a night out. Your car left behind, your items dropped on the floor, elbow on your neck, handcuffed, and taken to prison, all for what? Sagging pants. 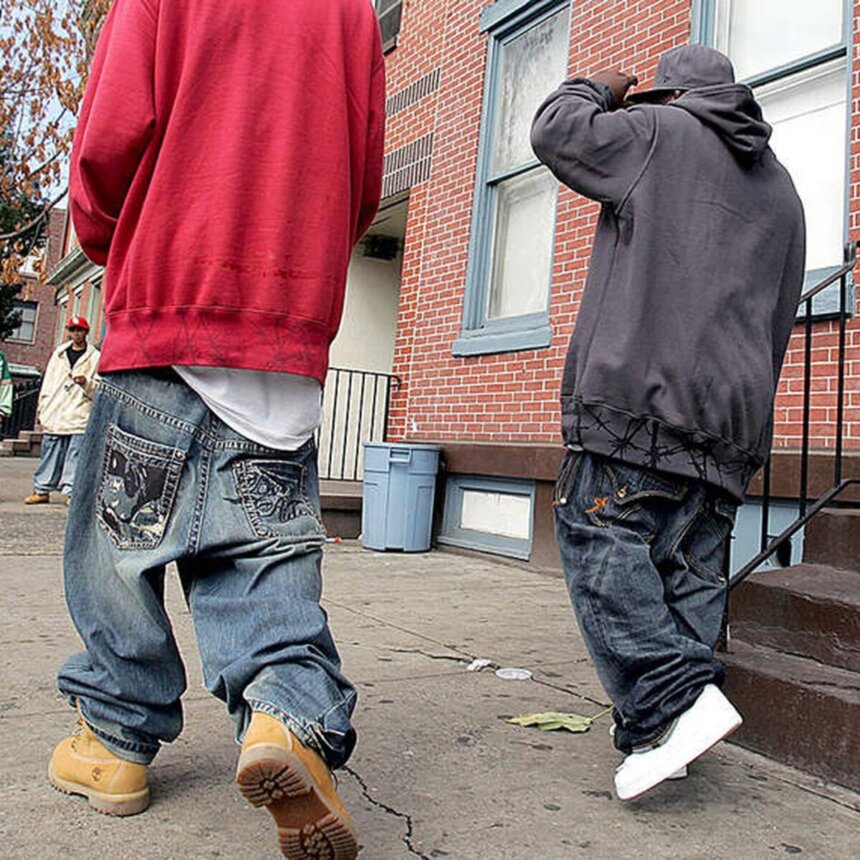 This is the reality that is now allowing the CEO and staff at Balenciaga to now milk money from what has criminalized the African American community, with some still paying charges. It is no different from the Weed and CBD industry where some African Americans are still in jail whilst the white American communities thrive off booming weed businesses. And for this, there is no way anyone should have or show any respect for Balanciega’s racist fashion debacle.

According to the New York Post, Demand for Balenciaga products have tanked in the 48 hours since its $1,190 sagging sweatpants were dragged on social media as racist and a prime example of cultural appropriation.

Demand for the Spanish fashion house fell 27 percent since the controversy erupted online, according to data from LoveTheSales.com, a London-based online sale and clearance outlet.

Chief marketing officer for Balenciaga, told CNN, “In many of our collections, we combine different wardrobe pieces into a single garment, such as denim jeans layered over tracksuit pants, cargo shorts merged with jeans and button-up shirts layered over t-shirts.”

But this is no excuse! If wearing sagging pants is a crime, just like taking drugs is, then shouldn’t the dealers be arrested just like drug dealers are. If America deems sagging pants to be a crime worthy of a charge, then surely those producing sagging pants should simply be investigated.

NO CRIMINAL CHARGES TO BALENCIAGA COULD ONLY MEAN ONE THING

The inability to investigate Balenciaga on whether their intent to sell sagging pants as a criminal act proves that the mass incarceration of black men with sagging pants was racially motivated. And on that basis, it is fair to say Balancieag’s sagging pants are racist, not for the cultural appropriation but for the political antics that favors them economically to produce and sell it, but yet criminalizes blacks to wear it.