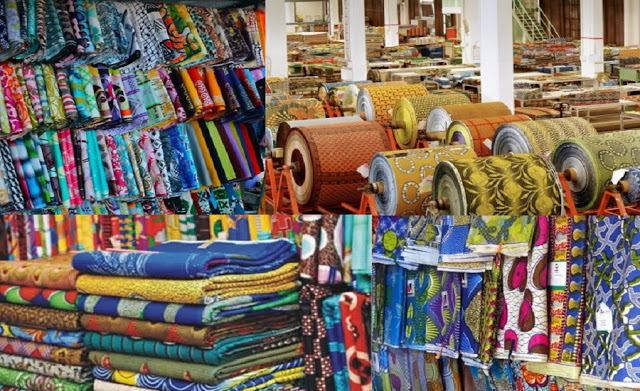 A Dutch firm, Vlisco, has come to dominate an increasingly lucrative fashion market in Africa with its distinctive luxury fabrics. The BBC’s Anna Holligan has been trying to discover its secrets.

Relatively few people in Africa know that many of the most fashionable designs worn in the continent are actually created in the Netherlands.

From a personal view, as a Ghanaian, African, I think it is embarrassing on our part that the BBC is capable of publishing a documentary entitled “How African fashion has gone Dutch”. I can’t tell which is worst, this or the fact that buying hair from Brazilian women is a multi-billion dollar industry. Okay, this is not that bad YET.

In the documentary, you would hear in times when fabric manufacturers are shutting down in Holland, a Dutch company, Vlisco, profits have increased by 40% since 2012!! And 90% of their fabric is shipped to Africa. So the demand for African fashion and the intent to support homegrown talent is definitely amongst African’s. That’s a good sign, but the question is are we?

Somewhere along the line, African fashion slipped under the description of print design, meaning that beyond that point anyone who uses pattern print could ride the ‘support African fashion’ trend and bandwagon. Which I wrote in detail in the article ‘Where African Print Is Failing African Designers And Africa’s Fashion Economy’.

Truth be told, I hold most African fashion bloggers and popular African fashion facebook groups responsible for this. I touched on it just a little bit in the previous article because being in the same business it could have been seen as an attack of competition or envy. But let’s be 100% honest about the reality.

Most living in Africa will notice most of these blogs have no clue about fashion in Africa. The reason being is most of these bloggers are NOT based in Africa, and it makes sense why, because there are more internet savvy and computer literate people abroad. Although the balance is alternating.

Due to lack of research, 90% of their content is filled with anything that has print in it and is accessible to their editors, which is usually stuff from abroad. So the sickening result is you have this mass wave of people in Europe and America, and also Africa, that are turning to support their African fashion and they then fall victim to these bloggers, branding everything produced outside Africa.

I am fairly certain about this because as a news/blogging company we spend a rough amount of time on other blogs to make sure we are up to date. Some of these blogs are so far off from fashion in Africa we actually never browse their stories.

When I posted the last article on Facebook, a designer said “Well we can not discredit the bloggers if they try to help!” (not in the exact words). Yes, this is true, and there is a need for them, if they are also able to research into creatives and talents in Africa and reach out to further markets they could be even more useful. But in such a scenario, one can actually say they are diverting the wave to support African fashion away from African designers.

It might be visually beautiful, but from an economic standpoint, from engaging with struggling designers in Ghana, from seeing fabric companies shut down because of lack of sales, from tailors walking around with sewing machines on their heads willing to sew just about anything for as cheap as one can afford, it is really uncomfortable to see these bloggers help defeat a natural growth of the African economy that could be employing so many creatives and helping the above.

I am not blaming the bloggers for the tough fashion industry, and I do not blame anything outside of politics. I am simply blaming them for abstracting the path of potential growth. I am sure without their misguided definitions of African fashion to the outside world, people would have taken it upon themselves to have researched more about how to obtain clothes from African designers. Most of these bloggers have probably never even published one African designer who didn’t use print.

It is a very proud moment to see the growth in African fashion. There are people really working hard and stepping things up. From TV shows to bloggers, photographers, models, designers, model agents, and more. A lot are proving successful but a good number of the work done by these people sometimes goes unpaid especially without corporate sponsorship. The cream and service employees of the fashion industry will always stem from successful designers and fabrics companies, and from the looks of the Vlisco factory in the video, our money is employing the dutch.

All I am saying is it would be good for these ‘African fashion’ bloggers to really look at fashion IN AFRICA and give the Stella Jeans, Burberrys, and the dutch a dam break. These bloggers might as well claim to be print blogs and not African fashion blogs.

I think for the designers, models, photographers, or any lover of African fashion it is embarrassing to see such a video. Even the reporter announced it in surprise three quarters into the video how African women buy into Vlisco, and she’s not African. If you are getting your fashion tips from a self-acclaimed “African Fashion” blogger, please, do your research afterward, because half of them are clueless about what is African and not African in the world of fashion.

PS: This rant was accompanied by images of clothes in our boutique. Check out the hot gear here!

You ought to take part in a contest for one of the best blogs on the
web. I am going to recommend this blog!