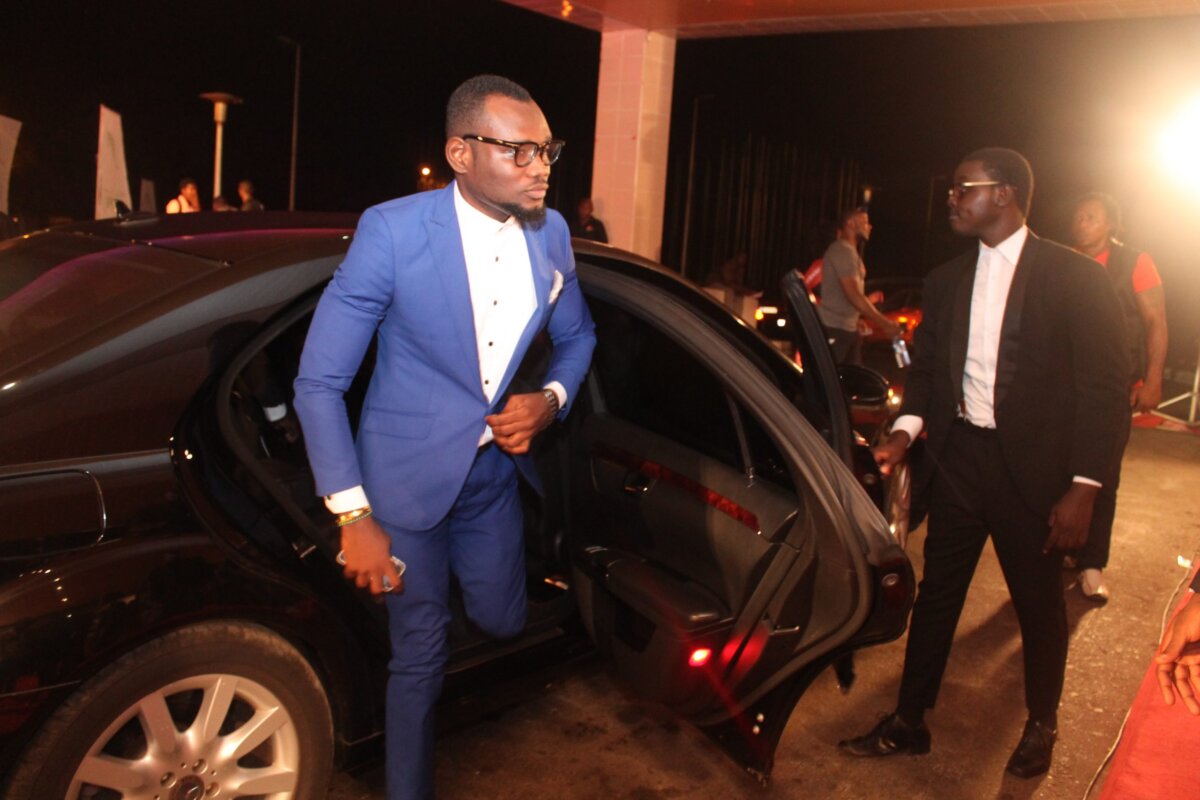 Forgive me if I am stepping on the toes of any Ghana movie fanatic who supposedly loves David Osei. Unfortunately for me, I am yet to begin watching Ghana movies to know how good of an actor he is, better yet even make time for myself to watch movies.

However, I caught the latter half of his feature on Fashion101 (fashion lounge show in Ghana) and spotted how bogus this brother was. There is a saying in the industry, you have to fake it to make it, that’s true, and it’s worked for a lot of celebrities it’s a common major branding tactic, but don’t do it moderately because the fashion-minded guys will spot it from afar.

David Osei’s interview could be shortly worded ‘I an actor and I am so living a lavish life’, yeh right. He spent a good amount of time talking about people who buy fake Louis Vuitton bags and then when he was asked what designer label he would gladly spend money on, Prince David Osei said: “I prefer shopping from places like Zara, H&M, Macy’s etc. The most expensive fashion item I have ever bought is my tuxedo. I bought it from Zara”. Take a good look at the picture below.

Does anything on this man look like it was bought from Zara? H&M? or Macy’s? Maybe possibly the jeans, like 7years ago. Following this, he also brags about the cost of his sunglasses and said “The sunglasses I’m wearing now (referring to the one he wore onset) is called Cazal. It was first endorsed by Jay Z and it costs 800 quid”. For those who misunderstood, quid is British slang for pounds, David Osei brags he bought his sunglasses for GHC2,400. Surely 2,400 Ghana cedis on it’s own could have really freshened his presentation on TV. Not diss to his style, but if you are the type that spends GHC2,400 on sun glasses then the rest is definitely not matching.

But not only that let’s see how even more bogus David Osei is. If he bought his shades for £800, that would roughly be $1200, can someone tell me where Cazal shades are being sold for £800? Here is a suggestion, try finding out……in the Cazal online eyewear store http://shop.cazal-eyewear.com. I think only a couple of pairs go above $600. Maybe he bought it from a dealer that misinformed him from what seems to be possible twice the price to the most expensive pair.

In addition to this, he states his father is a famous designer under FAME Designs, if he is not talking about the interior design company in Australia, then his father is nowhere to be seen on any online search engines. Not a mention, not a show, not a small icon image at the bottom of a google search for FAME Designs Ghana.

Wow, Actors! Maybe David Osei thought he was on set! My advice, David Osei can brush his style up with some Heel The World shoes (custom hand made shoes of exquisite Ghanaian talent), definitely a shirt or two from Elikem Kumordzie (funky and fresh tailor-made shirts). And then after, donate some of that £800 money to something worth bragging about.