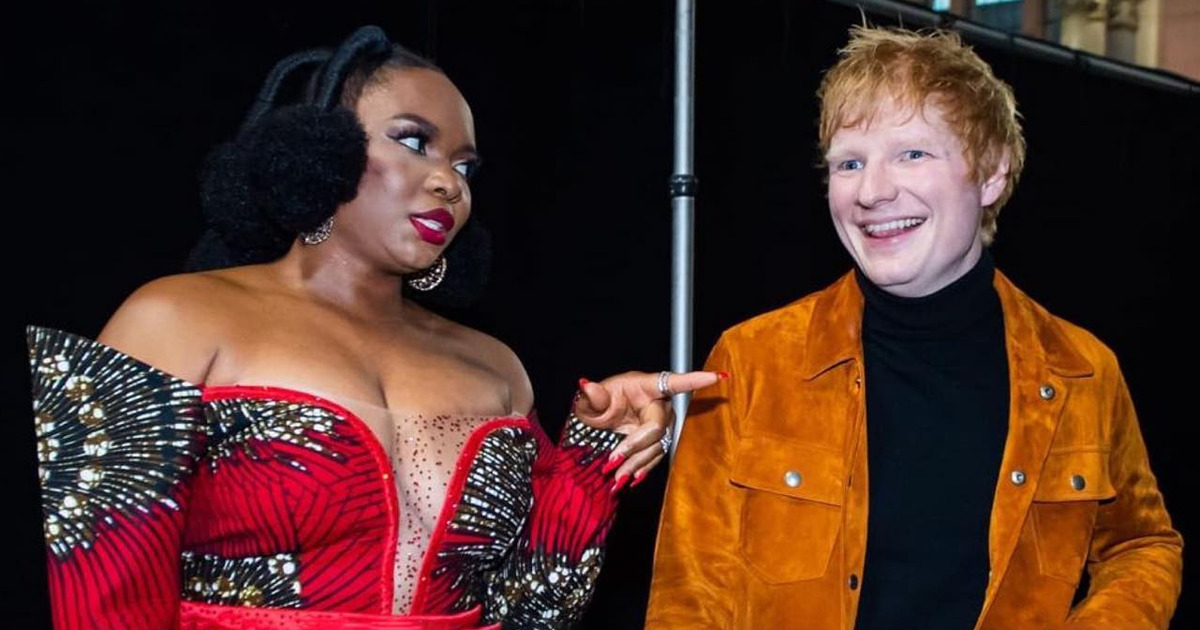 Yemi Alade and Ed Sheeran may be cooking something as the two had a blast talking at the London 2021 Earthshot Prize Awards Ceremony. But one thing for sure is they definitely aren’t cooking up Nigerian Jollof.

Jollof is a West African delicacy rumored to have begun in Senegal/Gambia by the Wollof tribe of which is only evident by the rhyme between the name and the tribe. However, despite its origins, it has long been a social battle between Ghanaians and Nigerians of who make the best Jollof meals.

In all honesty, one would think this was a concern of the past, but no it’s not, thanks to Yemi Alade who brought up the question to Ed Sheeran whilst he was next to her on the red carpet of London 2021 Earthshot Prize Awards Ceremony.

It is fairly hard to make out the conversation. But halfway through the video, Yemi interrupts Ed Sheeran whilst he was talking about where he stays when he is in Ghana and says “You were going to says something”. The crowd noise overshadows his words but it follows with “There is no argument there”. He finishes it off by saying “I think I prefer Ghanaian Jollof”, leaving the very well-dressed singer with an embarrassed frown on her face. Watch below.