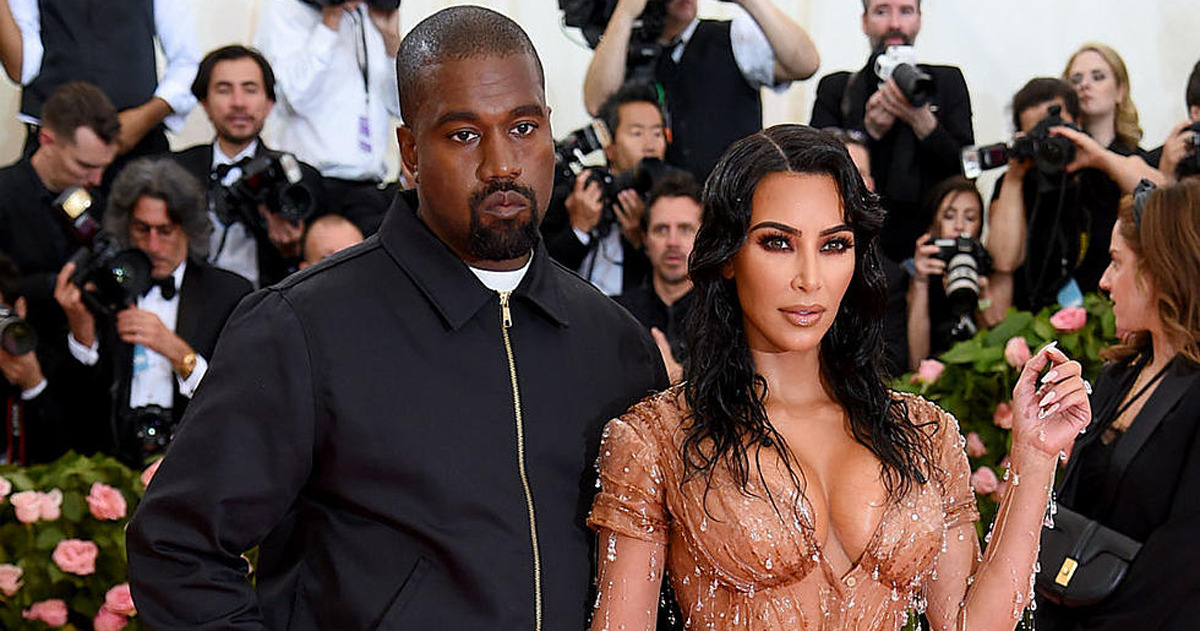 Don’t get excited or saddened yet, this is all still a rumour reported by Pagesix.com, culled from Complex.com. Kanye West has worried a lot of his fans with his recent behaviour, and now Page Six reports that some of his comments have made Kim Kardashian consider divorce.

A source close to the couple told Page Six that ‘Ye’s anti-abortion stance comments, in particular, have impacted their marriage. In an interview with Forbes earlier this year, Kanye reiterated his stance and claimed that Planned Parenthood does “the Devil’s work.” Ever since then, he has continued to share falsities regarding the topic. In an interview with Nick Cannon this month, he compared abortion to “Black genocide.”

“Kim has the whole divorce planned out,” the source added, “but she’s waiting for him to get through his latest episode.” Kanye first revealed that he was diagnosed as bipolar back in 2018 with the release of his record Ye. In July, TMZ reported that Kanye was in the midst of a bipolar episode, sparking concern among his family and friends. In a particuarly worrying moment during a Presidential campaign event the same month, he broke down crying and said that he and Kim considered aborting their first child together. “I almost killed my daughter,” he said. “No more Plan B, Plan A.”

PEOPLE Magazine also reports that Kim Kardashian is at odds with her husband at the moment. “[She’s] at the end of her rope, again,” the source said. “He’s off his meds. He promised he’d stay on them. The last time, part of his negotiation with Kim was that he’d get back on his medication and he would work very hard to control his impulses. He made a lot of promises. And now those promises are broken.”

The source added that Kim “doesn’t care one bit about the presidential run,” and that her focus is on their children.