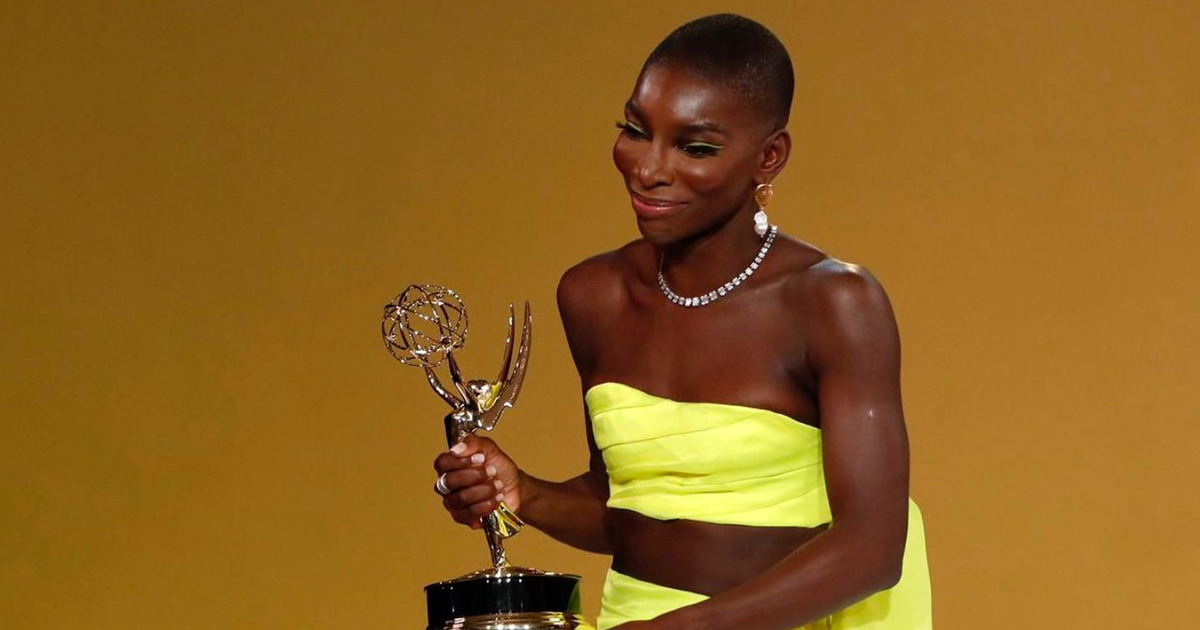 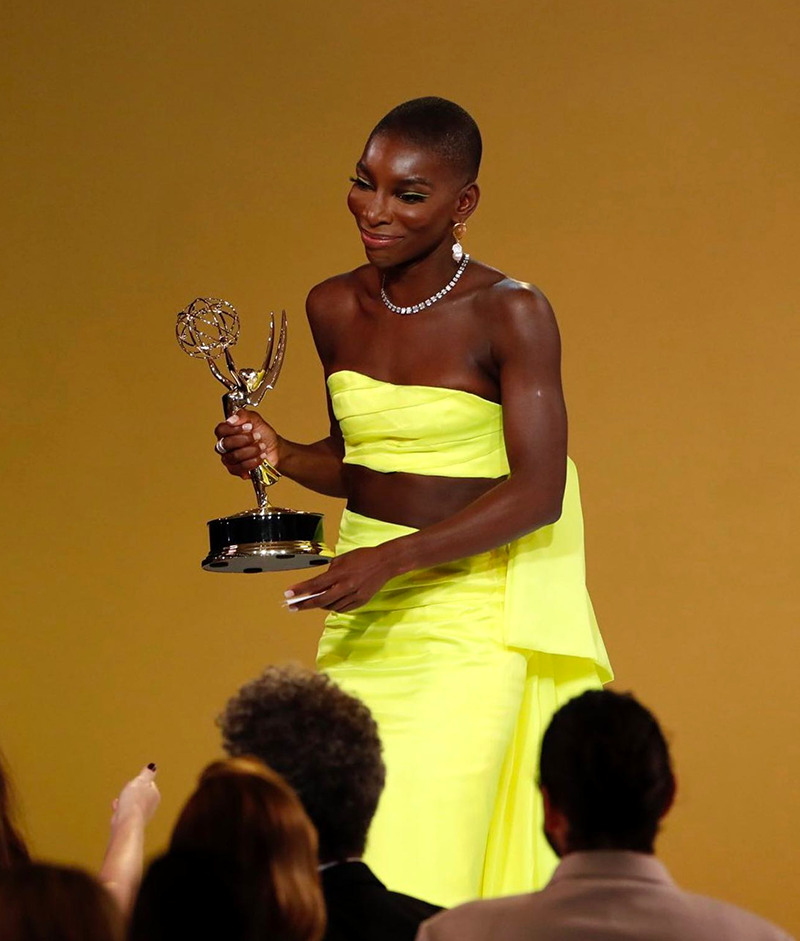 Ghanaian-born writer, actor, and director Michaela Coal headlined the just-ended 73rd edition of the Emmy Awards night this Sunday. She collected her first-ever Emmy for her HBO series ‘I May Destroy You’ for outstanding writing in a limited or anthology series.

Coel received the award with a very powerful speech, she approached the Microphone and stated “Write the tale that scares you, that makes you feel uncertain, that is uncomfortable. I dare you. In a world that entices us to browse through the lives of others to help us better determine how we feel about ourselves, and to, in turn, feel the need to be constantly visible—for visibility, these days, seems to somehow equate to success—do not be afraid to disappear from it, for us, for a while, and see what comes to you in the silence,” said Coel onstage before dedicating the award to “every single survivor of sexual assault.”

According to Wikipedia, ‘I May Destroy You’ is a British drama television series created, written, co-directed, and executive produced by Michaela Coel for BBC One and HBO. The series is set in London with a predominantly Black British cast.

Coel stars as Arabella, a twenty-something writer in the public eye who seeks to rebuild her life after being raped. The series premiered on 7 June 2020 on HBO and on 8 June 2020 on BBC One. Apparently ‘I May Destroy You’ was the most critically acclaimed television programme of 2020.

We congratulate her on her win and sharing below her Ghanaian rooted editorial with Variety Magazine. 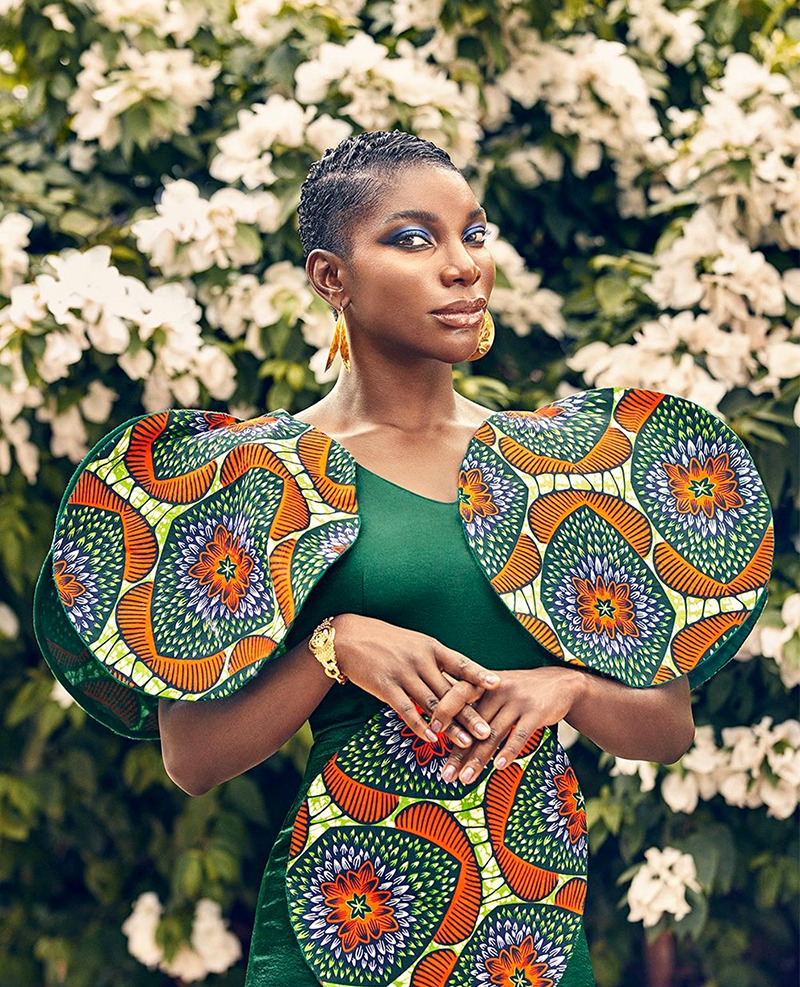 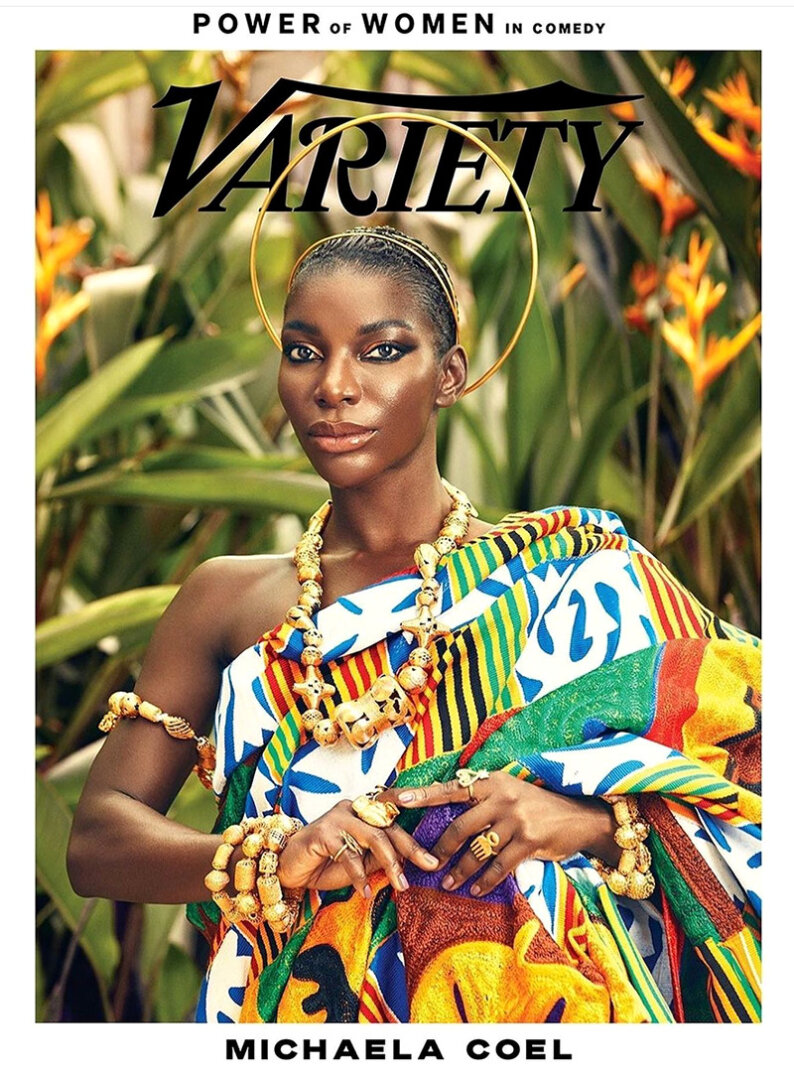