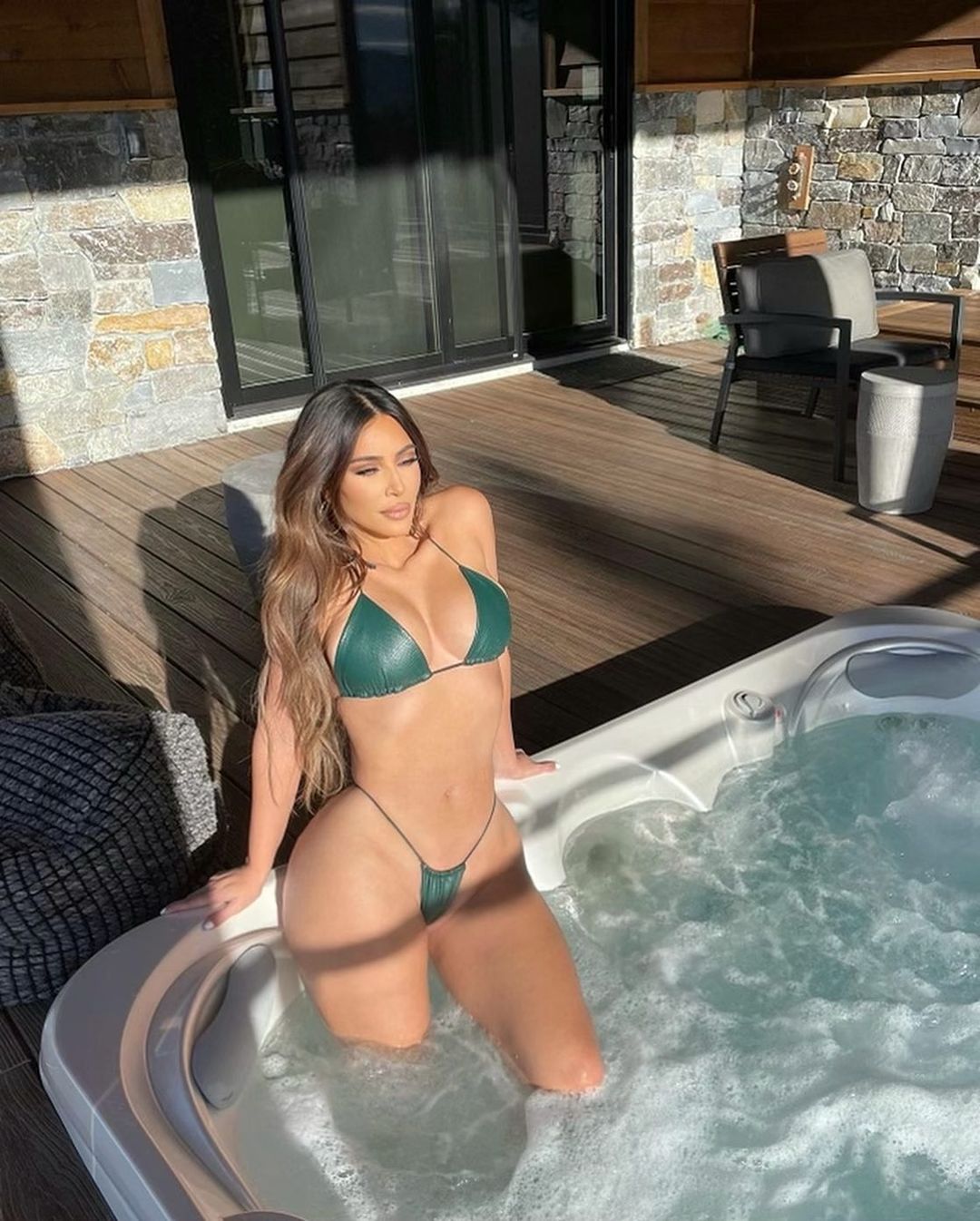 Not much have been heard of Reality TV star Kim Kardashian West, after her 40th Birthday lavish party with family and close friends. The TV star who made the popular KEEPING UP WITH THE KARDASHIAN famous for all the good, bad, weird and crazy reasons you can think of has once again proved to everyone one of how sexy she is and given that she is a mother of 4, well we aren’t here to debate if she was the one who gave birth to all 4 kids or not, we are more focused on all the sexiness that the star blessed her millions of fans on Instagram on Tuesday when most of her followers and loyal fans in Ghana were awaiting election results were in high anticipation, this is by far the sweetest distraction there is to have.

On Tuesday reality TV star Kim Kardashian West posted a racy picture on her social media pages showing off her near impossible perfectly curved body in a green string bikini. The tiny bikini bottom is so small that it just about covers her private area. The little piece of fabric securely held in place by string just a bit thicker than dental floss.

With the strings running all the way up to her incredibly tiny waist accentuating her almost wasp-like figure. Oddly her bikini top is modest in comparison to the bottom covering most of her voluptuous breasts. While this picture gives the illusion of a warm bright sunny day, a few days after she posted a picture of herself all covered up in brown layer turtleneck and boyish baggy linen pants and boots showing that the weather isn’t one to joke with.

The Kardashian/Jenner clan were all out on the Lake Tahoe vacation home to film the final season of Keeping Up With Kardashians. The 40-year-old, who’s a mother of four, has never been shy to show off her body and with her recent image which she shared on Tuesday it is clear we are not going to see this trend stopping anytime soon from her.