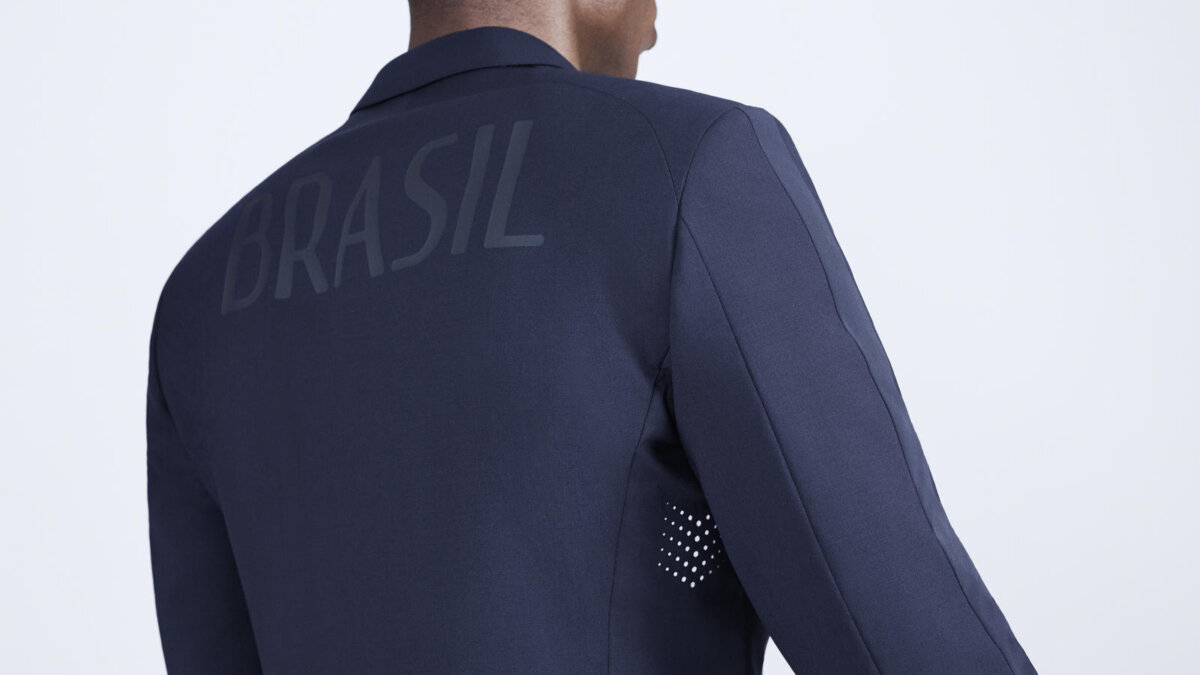 Performance is a formality with the Ozwald Boateng and Nike N98 Suit. Taking the tracksuit concept in a unique, direction this is tailored technology that brings the expertise and eye for perfection that made Ozwald Boateng a star of London’s famed Savile Row to the precision and performance of Nike’s quest to serve the athlete.

Inspired by the sharp silhouettes and suiting that surrounded him as a child, the lifetime Londoner took up designing and cutting in his teens. That led to the opening of a boutique and an approach to style that brought energy, color and individuality to menswear. His influence on the industry is colossal and his first Paris catwalk show, as well as the opening of a Savile Row store in 2002, cemented his vision – a revitalised standard of style and substance. 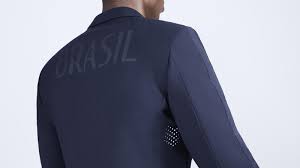 The Nike N98 was originally created for the Brasil team playing in France back in the summer of 1998. Manufactured in Italy – a country whose expertise in fluid fabrication and ready to wear is an inspiration to the designer – where elite bespoke football boots are crafted, this special version of the design has been reworked for the Brasil National Team.

From sketches to the manufacturing process, Ozwald Boateng was particular about every element. “I went to the factory where the suit was made and we worked very closely with them to maintain the quality levels. We took our language and brought the worlds of football and tailoring together.”

Created for movement, the lightweight wool was chosen for its properties in Brasil’s warm climate. The paneling was applied to work with the athletes who’d wear them -an extension of the body. Classic tracksuit sleeves are present on the jacket and beneath the ankles of the trousers. A traditional front fastening at the waist is complemented by an elasticated waistband for ease of wear.

The suit is individually created for the hosts, with the federation logo on the chest, shoulder-to-wrist stripe and back graphic tonally executed. Nike technology means laser-cut perforation in the same places as the team’s jersey and sonically-welded, sealed-seam pockets. The designer’s familiar bursts of color are present in the linings.

He even obsessed how branding was placed: “One of the things I was very particular about was how the sporting elements were executed on the tailoring cloth. It had to be really beautifully done. Even how the badge is attached and the balance with the Swoosh. That was very important.”

From the cloth to the roll of the lapel to the fit, everything matters. These suits unite the spirit of Boateng’s workshop, where he painstakingly builds one-off bespoke visions, and the Nike Explore Team Sport Research Lab in Beaverton, Ore., where a millimeter or split-second makes all the difference.

Parallels were evident after Ozwald Boateng paid a visit to Nike’s WHQ.

“In one way it’s very much a suit, but the tracksuit details have to be executed in a certain way so it really is a fusion of Nike’s ability and my skill as a tailor – it’s definitely harmonized as a piece. I think we’ve hit something very unique.” 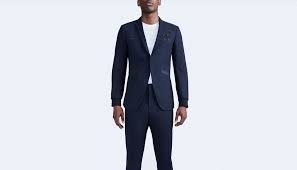