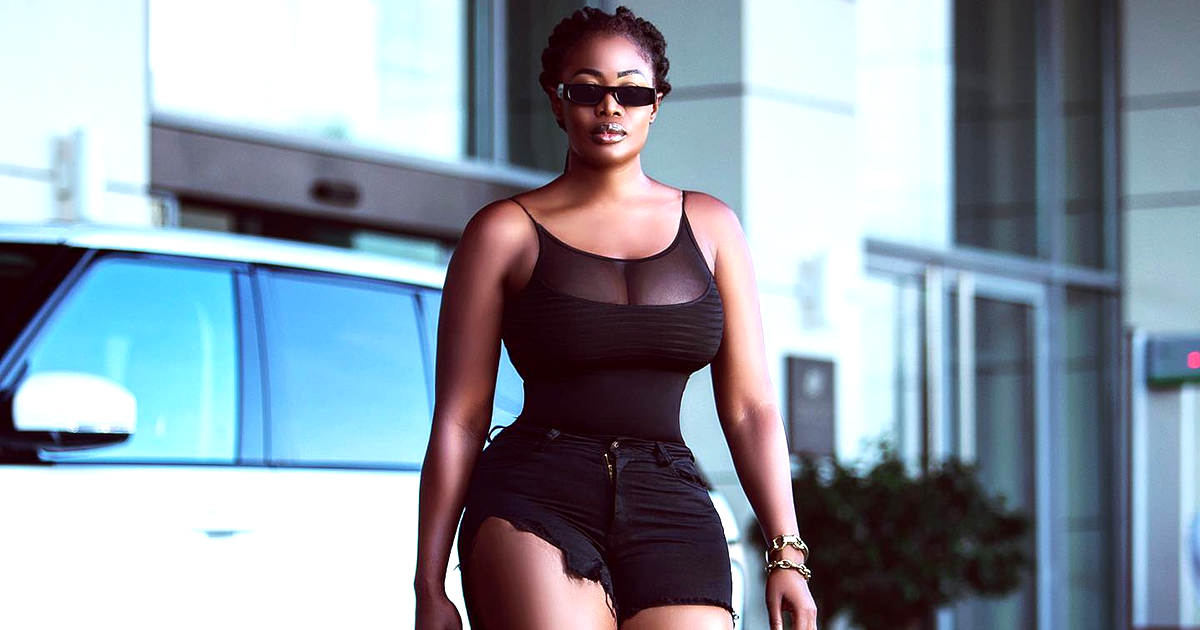 Style goddess and actress Nana Akua Addo definitely showed her support for justice for George Floyd during the commercialized blackout Tuesday. The actress decided to go bald, although it wasn’t a new look, it was a throwback image from 2011/2012

Almost a decade ago, the actress went completely bald for her movie titled ‘The Masked’ which won her Ghana Movie Awards 2012 Best Actress in a Lead Role nominee for her audacious act.

The actress whos image has totally changed now shocked her new fans who had never seen such a look on the fashionista, looking completely different from her shaved hair without her usual makeup.

She shared the image as it depicted her, a mother-to-be in the image, crying with an African print wrap around her. It was shared in solidarity of those protesting in the USA for the slained/murdered George Floyd.

The admirable photo which has generated buzz beneath her post also captures her versatility as an actress.