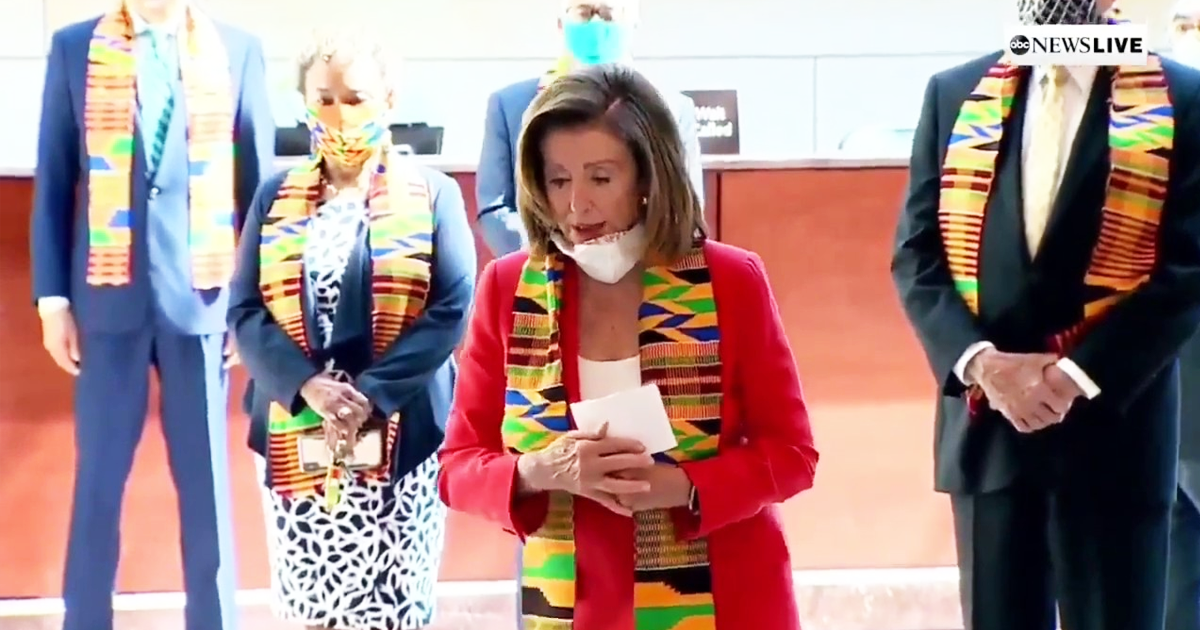 About two dozen lawmakers knelt for eight minutes and 46 seconds as a tribute to George Floyd, the unarmed African American man who died after a now-former Minneapolis police officer pinned his knee on Floyd’s neck during an arrest for that length of time.

Lawmakers, wearing African Kente cloth scarves, knelt in the Capitol Visitor Center before holding a press conference to unveil their legislation in response to almost two weeks of nationwide protests over police brutality toward African Americans.

Why the police killings are being politicized to the presidency under Trump, but weren’t politicized under Obama is very questionable. Nevertheless, we are here for the Kente, Watch below.