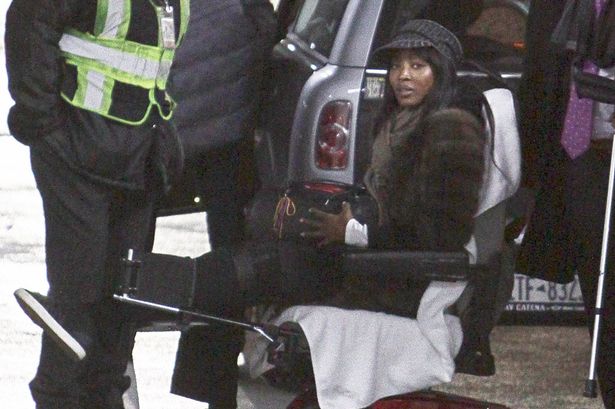 Super Model Naomi Campbell (pictured) was violently attacked on the streets of gay Paris last month. The scuffle appeared to be an attempted robbery, which left the cover girl on the losing end with a torn ligament in her leg, according to the Daily Mail.

As Campbell tried to hail a taxi on Paris’ busy streets, her assailant reportedly lunged at her while her arm was extended, causing her to fall to the ground.

As soon as the 42-year-old’s boyfriend, Vladamir Doronin, heard about Campbell’s incident, he had his private jet flown in to Paris so that Naomi could be taken away to Vail, Colo.

At the skiing playground, Campbell was treated by one of the world’s top orthopedic surgeons, J. Richard Steadman, who ordered that her leg be placed in a cast. Now Campbell gets around in crutches or in a wheelchair.

Since her incident, Campbell has tweeted positive and uplifting messages via her Twitter account and is still keeping mum as to the particulars of the robbery, because the French police asked her not to reveal any details about the case.