VIDEO: Fugees Add Ghana To Their Reunited, See Dates, Read Why They Broke Up & Watch Their 1st Show Together

The Fugees have reunited for a tour, and most of you may not know why this is headlining so do read. As far as Ghana knows, Wyclef has reigned the nation of Ghana with hits after hits, and his voice still rotates in the country via song such as ‘Sweetest Girl’, ‘L.O.V.E’, ‘911’, ‘No Woman No Cry’, and more. His visits to the country has kept his name alive in most of the entertainment circles.

However, not many of the younger generation will be so familiar with the legendary group, The Fugees. We may have heard of them, we may even recall hits such as ‘Killing Me Softly’, ‘Ready Or Not’, and ‘Fu-Gee-La’. In fact, most will only know Lauryn Hill’s name in moments when adults are criticizing female artists of today. 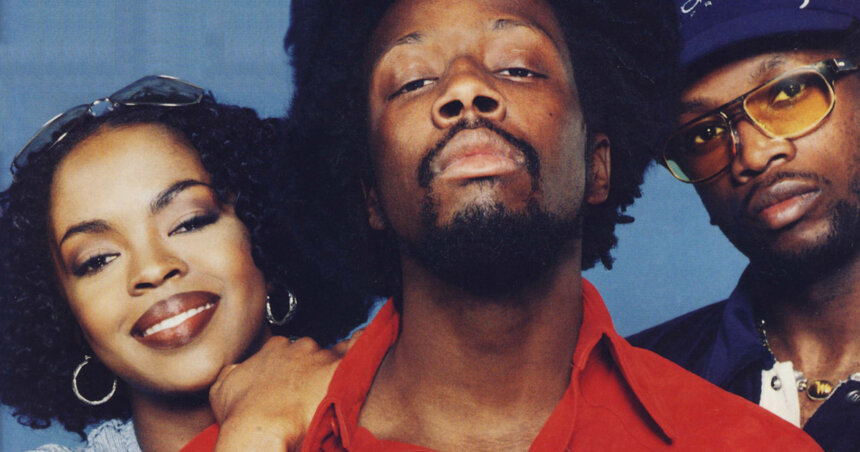 The unconventional group made one of the biggest hip hop impacts after the release of their album ‘The Score’ right before venturing off into their solo projects. Despite all of them releasing very pleasurable albums, it slowly began to worry their fans when a new Fugees album was on the way.

Unlike other groups that slowly fade away after a low-rated album, Fugees left us with a classic and no follow-ups, what was even worst, no explanation as to why there was a breakup.

Why The Fugees Broke Up

Only real hip hop followers discovered the reason as to why they never got back together, and that was due to a love relationship gone wrong between Lauryn Hill and her mentor Wyclef. Despite the audience not knowing, their issues were reflected in their solo albums.

The relationship problem between Lauryn Hill and married man Wyclef who had a romantic affair led to Lauryn getting impregnated by Wyclef and ended when Wyclef decided to remain with his wife turning the group upside down, and the public didn’t know except for those that dug deep. Want to know something even weirder? Praz, the other member of the group had no idea this was even going on until 2 years ago when interviewed on Vlad TV and the presenter had to enlighten him.

The Fugees executed many attempts to reunite, mainly based on the efforts of Wyclef, and most failed due to the unwillingness of Lauryn Hill. However, 25 years since the classic ‘Score Album’ Dropped, we are set to see them together on one stage for a reunion tour to celebrate this.

The first 15 shows will be executed in the USA, followed then by Paris, Nigeria, and Ghana in the dates below.

In a press release, Hill said: “The Fugees have a complex but impactful history…. I decided to honor this significant project, its anniversary, and the fans who appreciated the music by creating a peaceful platform where we could unite, perform the music we loved, and set an example of reconciliation for the world.”

Jean added: “As I celebrate 25 years with the Fugees, my first memory was that we vowed, from the gate, we would not just do music we would be a movement. We would be a voice for the un-heard, and in these challenging times, I am grateful once again, that God has brought us together.”

This is what the fans have been waiting for. See their latest performance below.