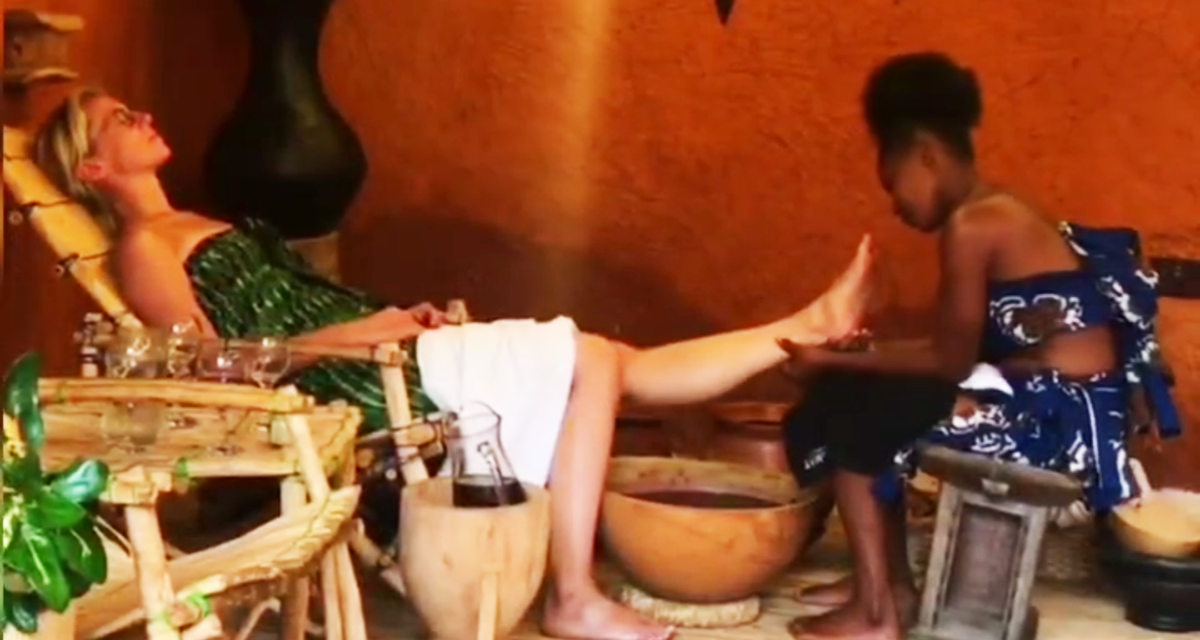 Hamamat is one of Ghana’s inspiring beauties internationally. She has managed to build a strong following of her attractive looks and tourist like videos. But she didn’t only sit on her following and do nothing, she ventured into clothing, shea butter production and later on built her own spa.

The spa which opened recently this year is called the African Village Spa, a cross between what a spa would look like in a village and in the black panther movie. In no way did it say it is restricted to Ghanaians or only black people. Yet upon uploading a video of them serving a customer, many ignorant followers on her social media started firing negative comments on the video seen below.

If these ignorant commenters were so Pro-African or Pro-Black they would rather be complimenting her foreign clients for spending their time and money with African businesses. After all, is that not the objective and point of growth for Africa? If they were smart they will throw extra compliments to make the client feel welcome, instead they are doing exactly the opposite. Some of the worst ones read…. 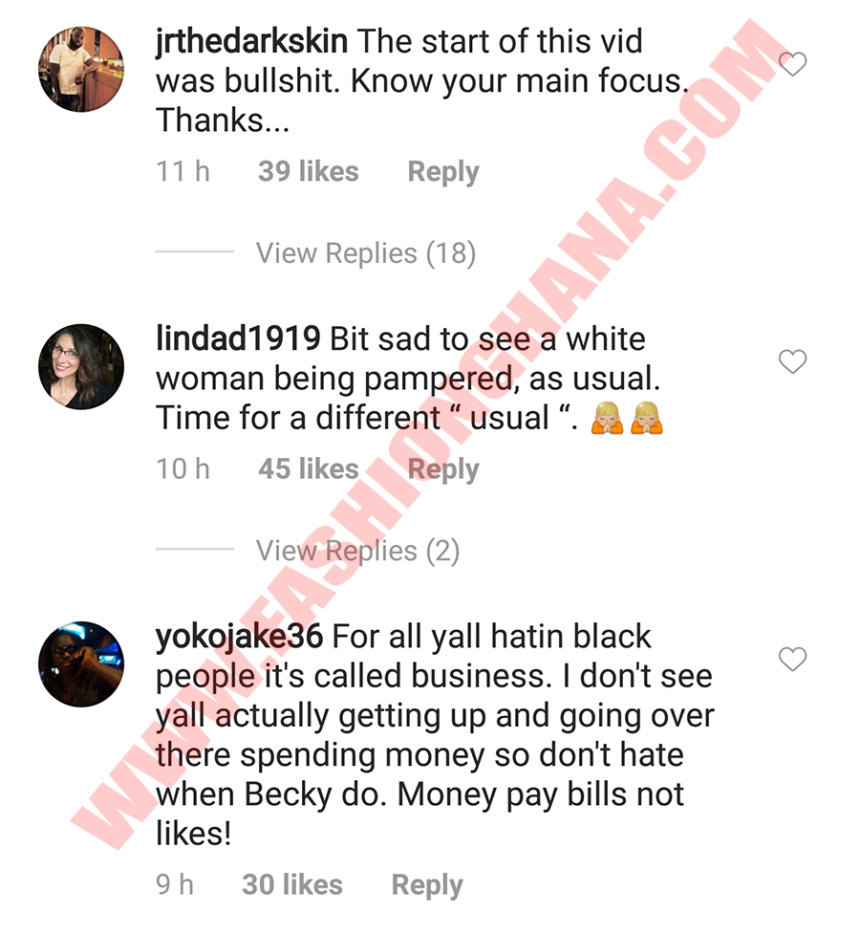 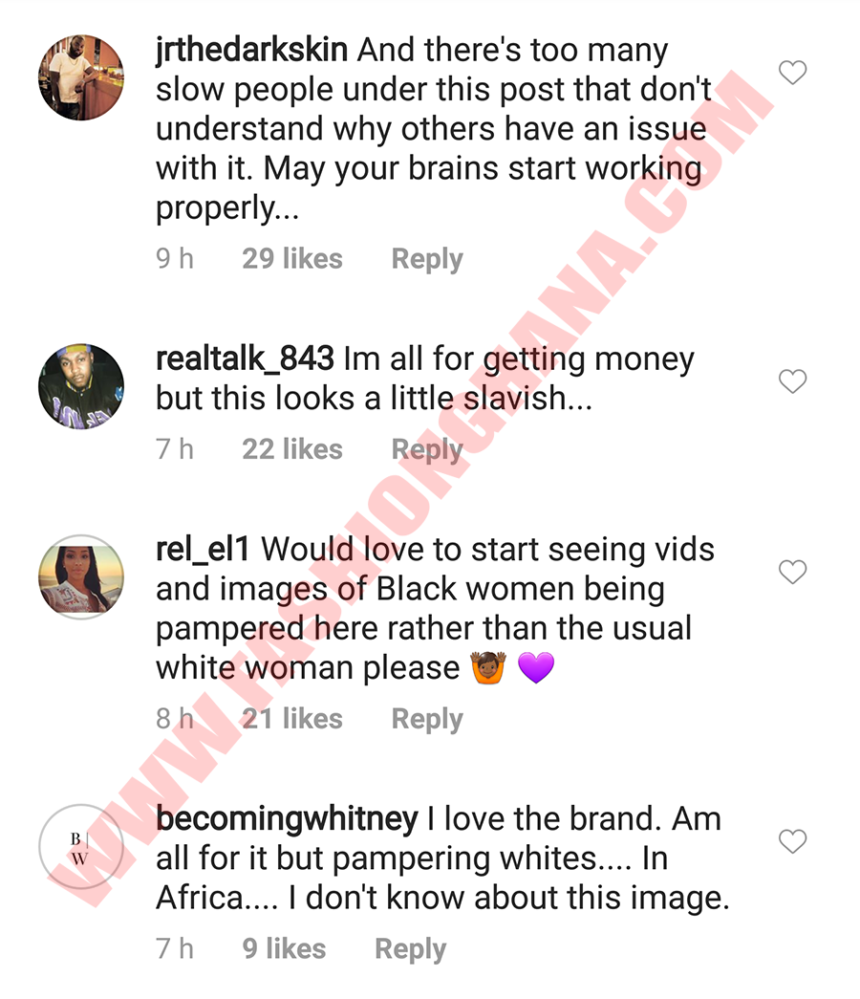 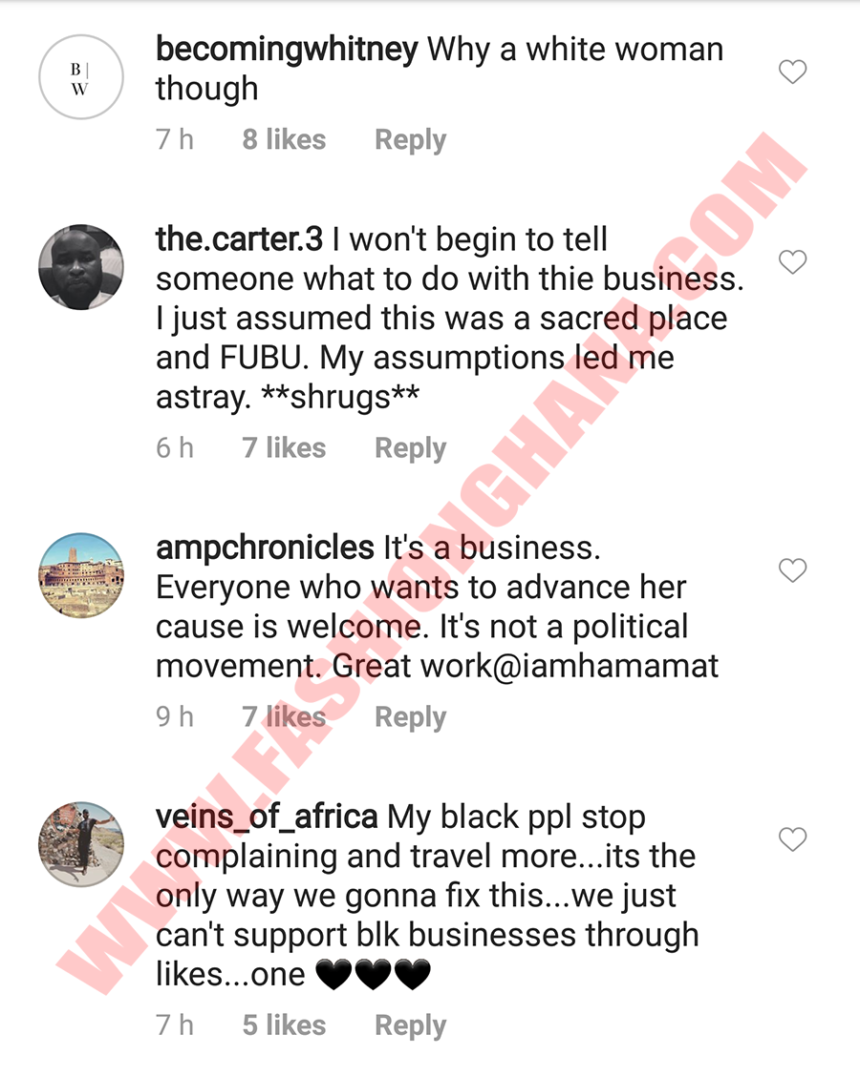 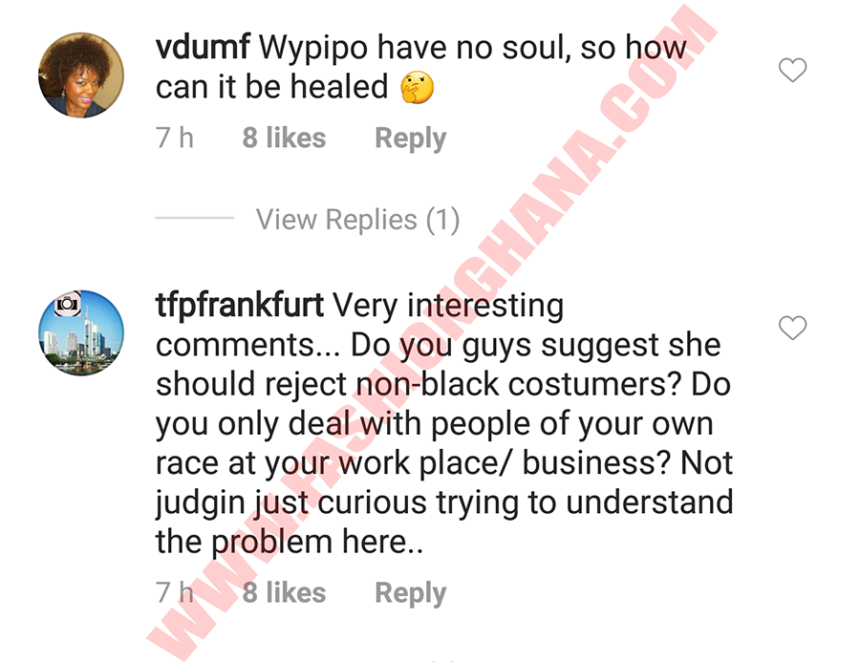 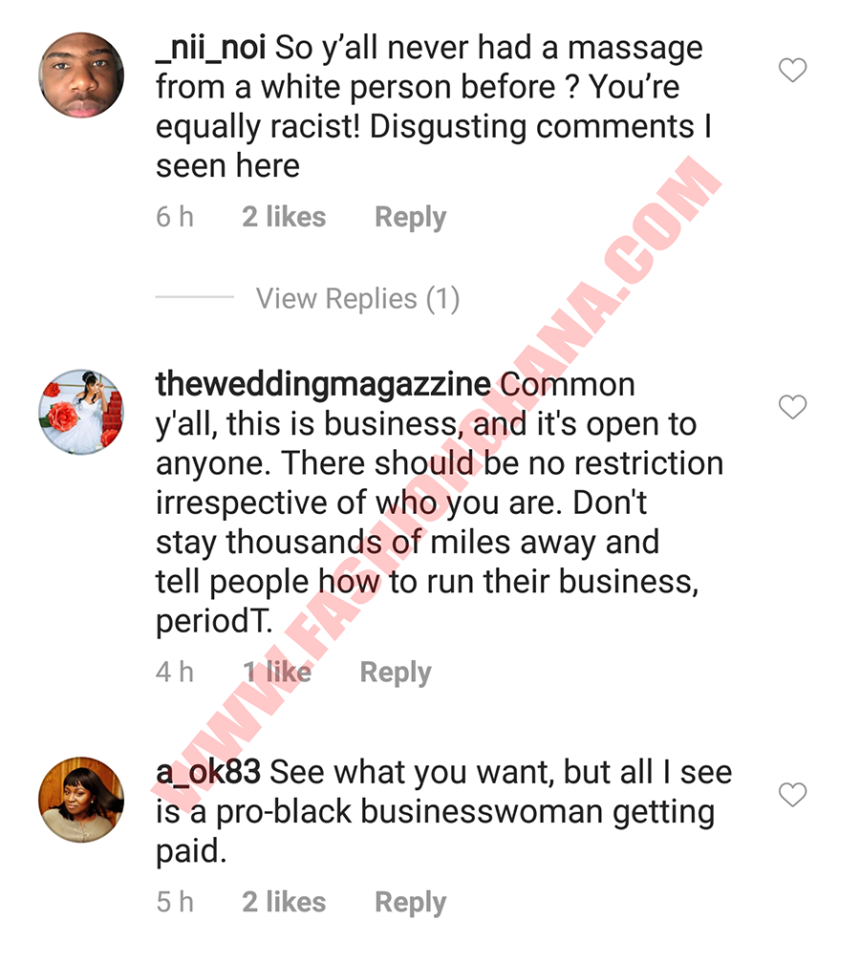 We will bet you all our money, not one of those complaining in her comments have actually bought anything from Hamamat’s many businesses.