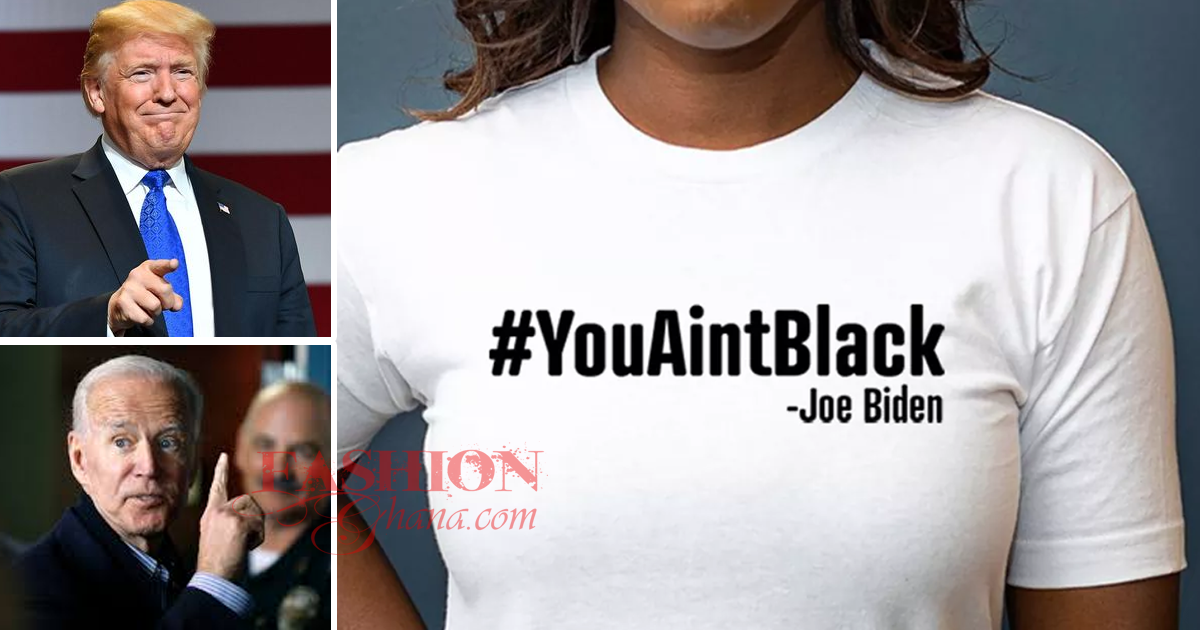 Recently, Joe Biden made an unforgivable insult to the black community by stating on a live broadcast show with Charlamagne The god “If you vote for Trump, you ain’t black”.

Many pundits have tried to find ways to explain it but the rhetoric remains as clear as it is in broad daylight. An old white crooked politician who served under the Obama era and did nothing to stop the mass killings and incarcerations of African Americans even whilst a black man was president, now defining Black to African Americans.

Can you imagine? His rhetoric is no different from saying “If you have a problem figuring out if you are for me or Trump you ain’t black”. Just the nerve of that comment is the most disrespectful. At which point was Joe Biden given the right to define what a black man or woman is. And more insulting, that to define ourselves means we are restricted from thinking for ourselves.

Well the Donald J Trump didn’t waste any time to make sure this was a memorable aspect of the campaign trail and immediately turned the insult into t-shirts for his black base. 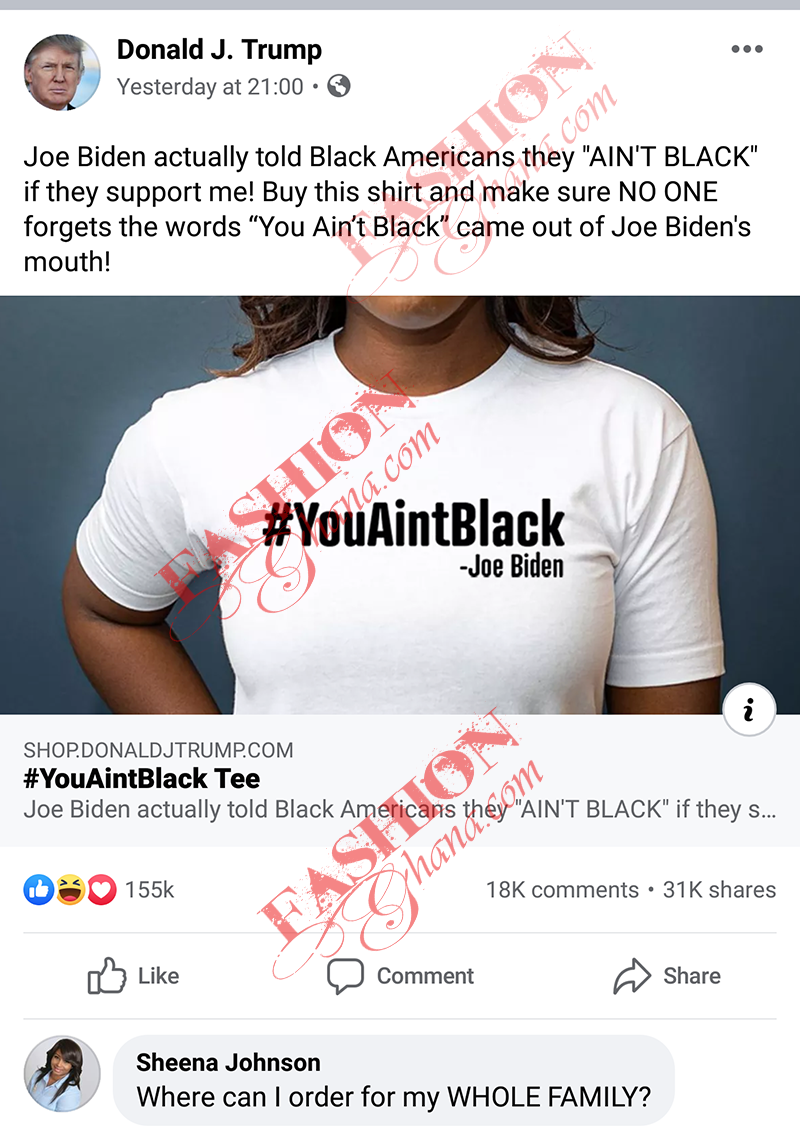