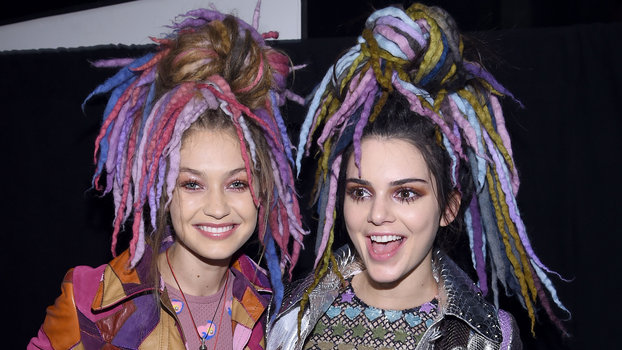 Marc Jacobs at his NYFW 2017 show featured models, mainly white, with so called locs in their hair (WHICH IS NO BIG DEAL) but has caused a ‘cultural appropriation’ stir across blogs and social media critiques. And his response stated ‘I Shouldn’t Be Criticized for Copying Black Styles Because Black Women Straighten Their Hair’ (NOW THATS THE BIG DEAL). This and much more as seen in the picture below. 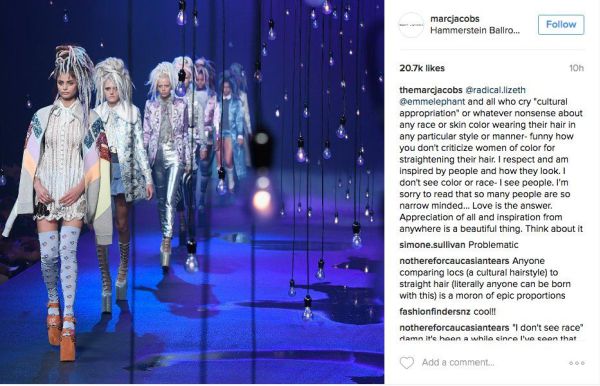 Contrary to most black bloggers, I don’t think the wearing of locs by whites is anything any one should care about. Although, here is why I disagree with his comment. We know a lot of black women go through a lot of pressure in society forcing them to to wearing their hair straight. From schools and jobs forcing them, to media glorifying everything but them, and the day to day interaction of those affected by such. So yes, the comment by Marc Jacob is very inconsiderate especially when it just went viral regarding the young girls fighting against a South African school to wear their hair natural.

Now about white girls wearing locks, we are in 2016. It’s not like the girls wearing this on the runway will make any difference to the lives of black women. I mean, did you walk out your house today and feel less money in your purse because Marc Jacob’s put locs on his models? Nor is it some wow breaking moment of segregation we are living in where culture hasn’t transcended races. Upon googling dread locs you might just see a good number of whites before you will find a black person.

Or do you feel white girls with locs are taking away financial and model employment opportunities from black women? Like really? This is New York Fashion Week, there will always be racial disparity amongst models.

Black women can be highly commended for the natural movement, but let’s face it, there are 100s of black girls out there still rocking straight hair and not because of schools or jobs, but because they like the look. I think these black girls should get the backlash just as much as Marc Jacobs if wearing styles of another culture or race is an issue.

And finally my last point is……isn’t this what you want? That what is natural to you is now at the highest levels of fashion? That what was once deemed as demonic, and negative and grew out your scalp is not mimicked by one of the most popular trend setting platforms?

You’ve spent so much time envying how admired the European women features are, now it’s your turn and instead of going full business mode with it one chooses to complain. If you ask me, it’s a beautiful thing, if anything it should be racist white’s complaining. Whatever reason is behind the history of the event, whatever reason is behind the designer, the bottom line is that, what is of you is now a trend. And just as how you feel uncomfortable to leave your house without a weave some women might feel the same way in the near future if they do not leave without an afro or locs. 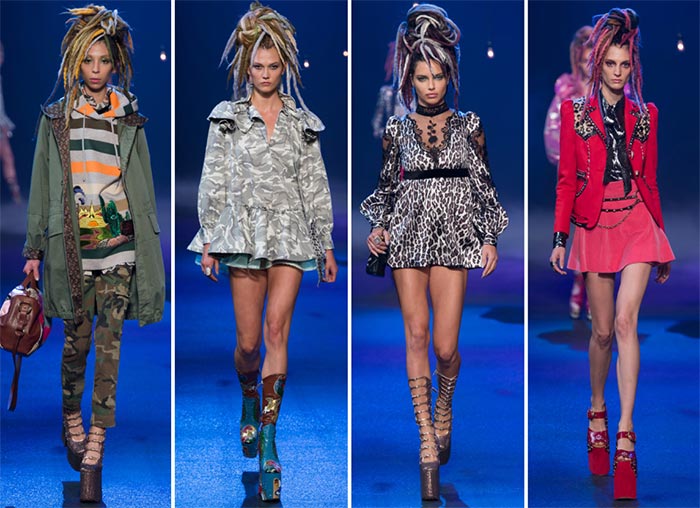 Black women can not be all grouped, and most likely those complaining probably are not wearing weaves. However sometimes before the outcry think of the purpose and objective. For all you know this controversial reply was already a pre planned marketing strategy by Marc Jacobs even before his show.

Right about now those who are complaining should be thinking of business ideas. ie. A book on how to have black hair, Salons that will turn white girls hair into black, Youtube videos on locs for European hair. Get ontop of your culture. Twerking came out and it was demonized and people followed the trend until oneday woke up and saw various Europeans setting up twerking businesses. Chinese don’t have a problem with people eating Chinese food, they use it to create jobs.

#BeautyOfTheWeek: This One Armed Lady, Ashley Fisher Is...