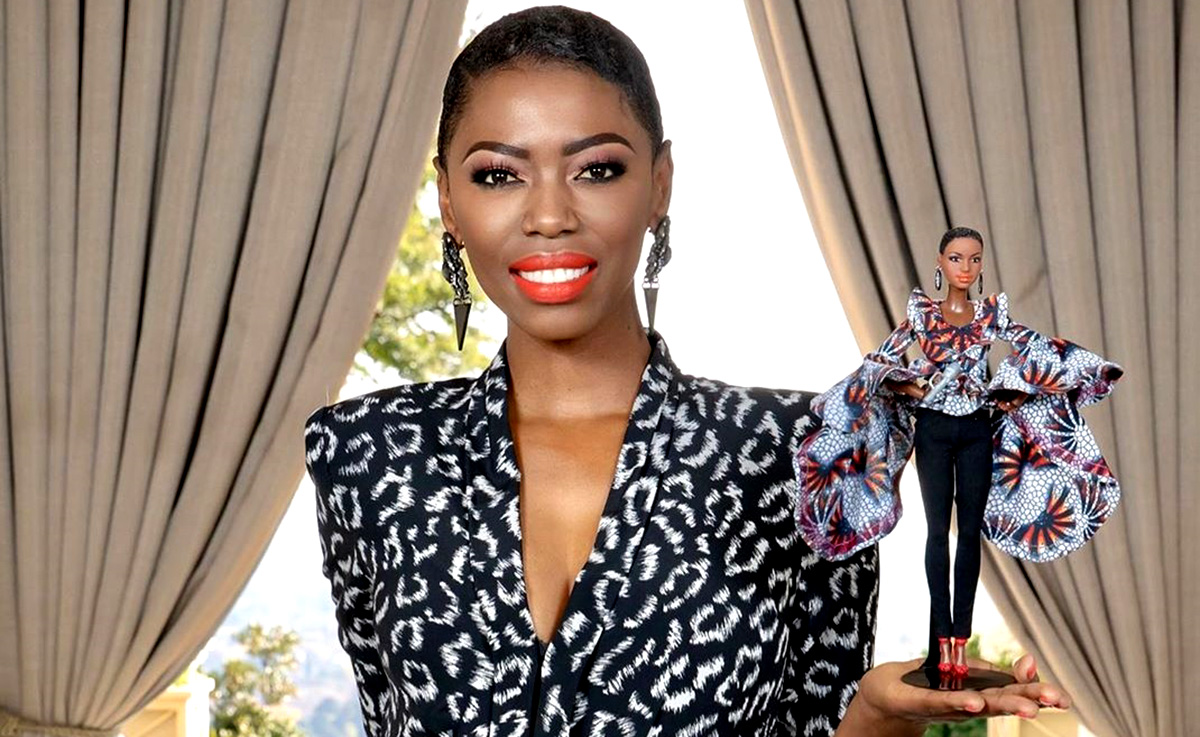 Headlining the press and the news on the streets is….”Lira has made history by being the first African woman to have a Barbie doll modelled after her. The milestone is part of Barbie’s 60th anniversary and #MoreRoleModels global campaign that celebrates role models who inspire young girls around the world.”

But in all honestly, the truth is “Barbie has made history by taking a milestone to break out of their racist comfort zone, and in all honestly the round of applause should be for Barbie making that step. Lira has achieved far more than having a beauty emulated and now that a limited corporation product realizes it needs to break out of their racial steriotype of beauty in order to cash in isn’t a milestone for Lira but one for Barbie or the company behind Barbie.

Not that we bare any grudges to Lira, nor Barbie for this step in their career, but lets stop applauding black people for being the first of…when a white company or award or business decides they are getting nowhere with racism and opens up to us. That is an achievement for them and not an achievement for us. Please, we are already celebrating the Nana Dolls by Fuse ODG and many more we have published on FashionGHANA, Barbie only just choosing to cash in on Africa isn’t a celebration for us. Just the thought they expect us to celebrate the end of their racism on the notion that we have made some kind of progress is absolutely condescending, insulting and absurd. When in reality it is progress made on their side for waking up to being better.

On that note….well done Barbie for making such progress. Carrying on “I’m deeply honoured to be Barbie’s first African role model and am excited to align with a brand that is on a mission to show girls more diverse role models,” Lira said.’

The doll is a nice attempted look alike of the songstress and dons an African print top and earrings that accentuate her skin tone and natural hairstyle.

“I have always been someone who endeavours the celebration of my skin tone and natural hair, and it is amazing to see this reflected in my doll which I hope will inspire girls across the African continent. This is an enormous gesture and affirmation that the world is celebrating Africa for who we are,” said Lira.

In an attempt to echo an ethos that sees the brand inspire and nurture the limitless potential in every girl, Barbie has enlisted global icons such as Naomi Osaka, Adwoa Aboah, Yara Shahidi and more to inspire young girls by having dolls in their likeness. That’s great, hope they make some African Kens to go with them to.

For now, check out these previous articles on other African dolls…..

African Dolls Are Cool, But These Africarbies Are The Coolest: From Albino To Freckles, See Them All