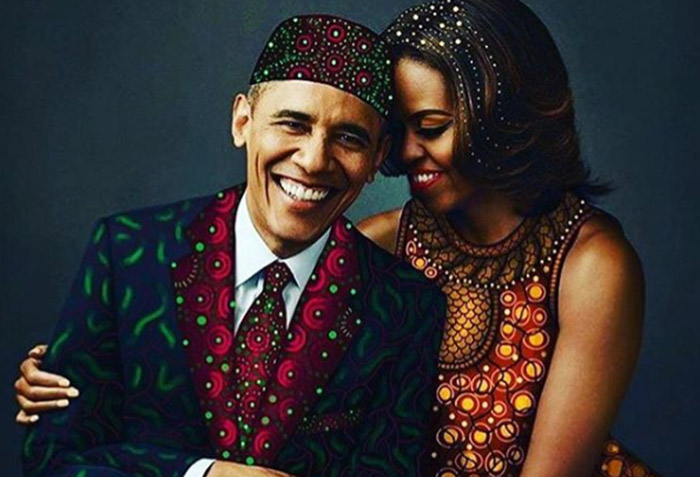 [sociallocker id=”98575″] When we talk of African fashion Michelle Obama is no stranger to prints, and in a lot of cases not just print but actually dawn African brands by designers based in Africa (See 10 Times Michelle Obama Rocked African Fashion). However, the actual African/Kenyan in the couple, Barack Obama, himself has never been spotted in the least bit of African fashion.

Well thick @thick_east_african_girl was not having it and determined to make sure he dawns some prints before he leaves office. Unfortunately she did not get to style the American president, but she didn’t hesitate to apply her illustration skills to the Kenyan man.

We have seen an African fashion edit of Barack Obama before by Denny Ow, it was more cartoon based with the Kente cloth, however, @thick_east_african_girl brought a more realistic aspect to it. In fact with a bit more shading and contouring it could actually looked very real.

Could there be protocols limiting the American president from following the footsteps of his wife Michelle Obama? Or are they afraid sector of the American public will raise up his birther issue? Who knows, for now we can only thank @thick_east_african_girl for this fabulous image. WHat do you think?