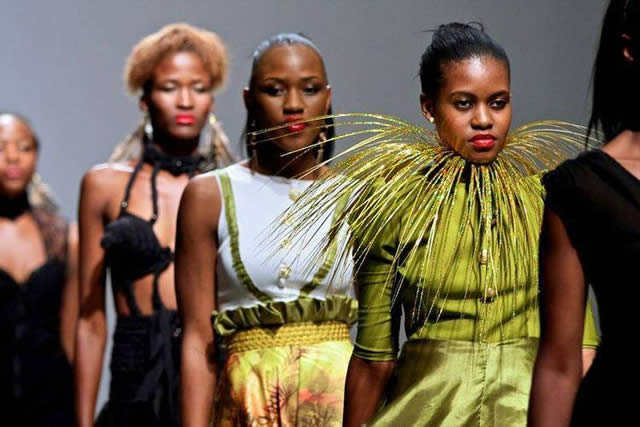 Recently we have been in the middle of an ongoing email dispute between GRP/cr8/ (producers of the last ZFW) and the CEO of Zimbabwe Fashion Week, Priscilla Chigariro-Gessen. Initially a case was raised to the press why the organization GRPcr8, headed by Jen Denier from South Africa, will no longer be working with ZFW. The email detailed below.

“As much as we’d love to continue producing ZFW, and are passionate to also keep raising the standard of the event, unfortunately we cannot continue to work with the event owner, and founder, Priscilla Chigariro-Gessen.” The email then explains how the Zimbabwe Fashion Week organization has not been transparent and more over not paid GRPcr8 for producing the last event.

It also included “Previous producers of ZFW, Adhiambo Mula Lauwers, have confirmed this was exactly the same for their tenure as producers, with thousands of Dollars still owed, the same as we are. We cannot support an organisation that has so little regard for suppliers and supporters.”

Priscilla Chigariro-Gessen retaliated with an email sent to various press. As we thought this will find it’s middle grounds and settlements between the two as most disputes in fashion do, GRP/cr8/ has now decided to go forward with legal proceedings. Quotes from GRP/cr8/’s last email are stated below.

The follow up reply email detailed their disapproval of Priscilla’s claims and states to the press “tomorrow we will start to legally institute proceedings against Priscilla Chigariro-Gessen personally within Harare, Zimbabwe. This may be expensive, but slander and the monies owed to ourselves, as well as over half a dozen other suppliers mean that together we are able to challenge someone who has gotten away with this scandal too long.”

It later concludes “I wont entertain a public email spat, so will rather go on record to say that due to lies, broken agreements and monies owed, in conjunction with the other people involved we’ll ensure that legally there is an outcome that must be honoured, for both GRP/cr8/ and all suppliers / designers wronged, and hopefully the betterment of fashion in Zimbabwe.”

It’s easy to say we wish there could be some sort of resolution between the two, but we can’t account for what has happened prior to these emails. We will keep you updated on this story.

I’m glad some people are taking the scam of these fashion show organizers serious and taking actions against them. they get away with soo many things, wasting peoples time, efforts and resources.

It’s funny how the have guts to justify and defend their shameful acts.