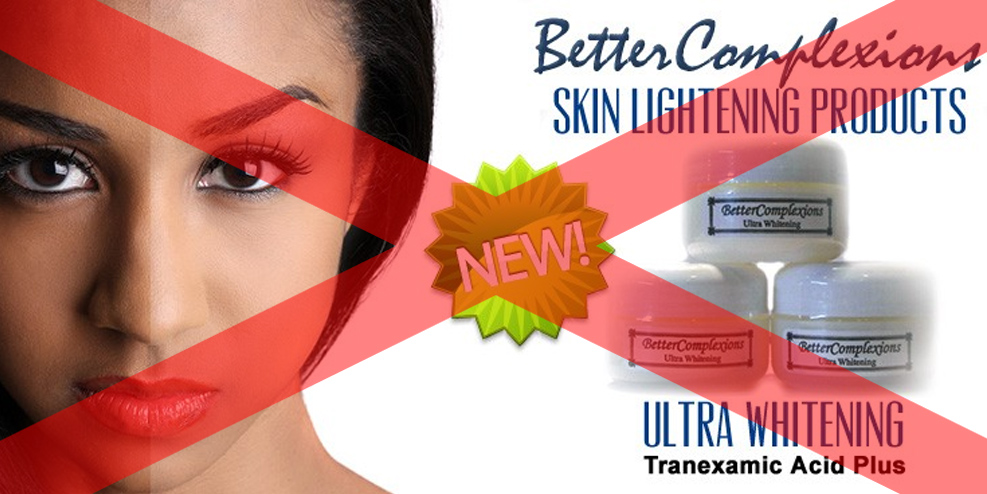 Great News; Ghana To Ban Skin Bleaching Creams Next Year, But Why Not Now?

It’s good to hear Ghana is finally taking the steps towards banning skin lightening creams. It’s beyond insulting when one who is dark and proud walks past a shop with a poster glorifying light skinned as if it is more of a compliment to one’s already beautiful skin tone.

My question is why is such an action scheduled? If the government has come to a conclusion that this is bad enough to ban next year, then why not ban it now? Could it be campaign tactic as elections is on the way? Who knows. Most important is to get rid of it.

Besides most ladies who attempt to look light skinned with these products only end up look far worst and they are very well of it. However there are also large numbers of women who may apply these creams but in little shades so it might not be so obvious. The bottom line is get rid if it, but most importantly, the propaganda that fools them to think that skin lightening is better. See the new below reported StarrFMonline.com.

The ban, which takes effect from August 2016, is in accordance with a directive from the Ghana Standard Authority (GSA).

James Lartey, Head of communications at the FDA who disclosed this at a public forum in Ho, noted that his outfit currently permits, products that contain up to 2 percent hydroquinone into the Ghanaian market.

But from August 2016, such products will not be permitted based on a new regulation set by the Ghana Standard Authority.

Hydroquinone products are marketed for their skin-lightening properties in Asian and African cosmetics markets, according to the U.S Food and Drugs Administration.

But a research conducted revealed that hydroquinone may act as a carcinogen or cancer-causing chemical, hence its ban in the European Union, Japan, Australia and the United States, a couple of years ago.