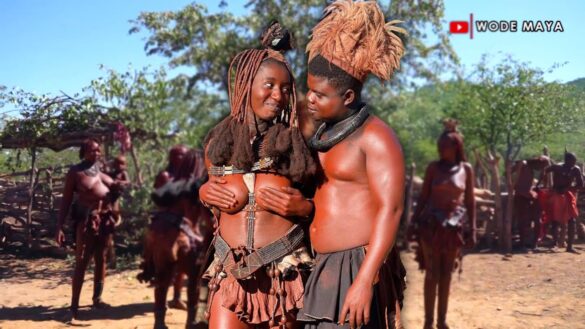 The Himba tribe are a native tribe based in Namibia, northern Nambia to be specific, in the Kunene Region (formerly Kaokoland) on the other side of the Kunene River in southern Angola.

Culturally distinguishable from the Herero people, the OvaHimba are a semi-nomadic, pastoralist people and speak OtjiHimba, a variety of Herero, which belongs to the Bantu family within Niger–Congo. The OvaHimba are semi-nomadic as they have base homesteads where crops are cultivated but may have to move within the year depending on rainfall and where there is access to water. 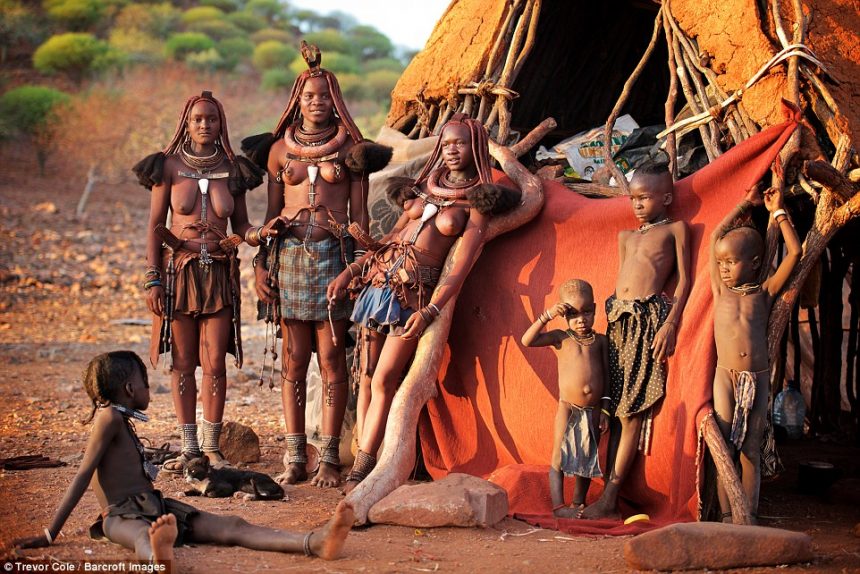 The OvaHimba are polygamous, with the average Himba man being husband to two wives at the same time. They also practice early arranged marriages. Young Himba girls are married to male partners chosen by their fathers. This happens from the onset of puberty, which may mean that girls aged 10 or below are married off. This practice is illegal in Namibia, and even some OvaHimba contest it, but it is nevertheless widespread. Among the Himba people, it is customary as a rite of passage to circumcise boys before puberty. Upon marriage, a Himba boy is considered a man. A Himba girl is not considered a fully-fledged woman until she bears a child.

Popular Ghanaian Youtuber, Wode Maya paid a visit to the Himba Village to find out more about this intriguing group of people, the myths and realities.

PICS: The Details In The Traditional Himba Women Hairdos Is Far More Trendy Than Any Modern Styles