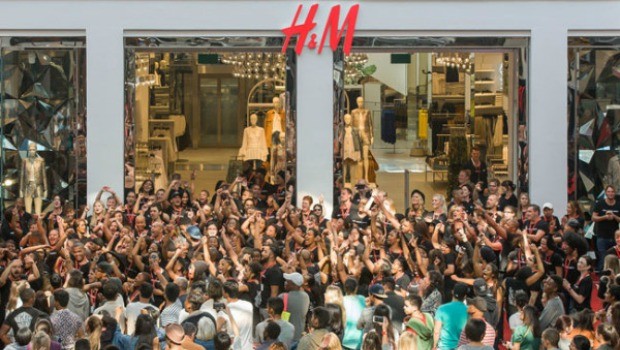 Swedish fashion retailer H&M, Europe’s second-largest clothing retailer, launched its first South African shop Friday with more in the works and plans to use South Africa as a springboard to the rest of sub-Saharan Africa, IndependentOnline reported.

H&M (Hennes & Mauritz) opened at the V&A Waterfront in Cape Town and is exploring the feasibility of opening a local manufacturing facility.

More stores are planned including one this month in Johannesburg’s Sandton City as well as others in Southern, East and West Africa.

H&M does not offer store credit like a lot of other retailers do because its focus is on selling fashion, not running finance operations, said Par Darj, the country manager for H&M South Africa. The company will differentiate itself in South Africa by focusing on what it does best –being a traditional retailer, Darj said.

He described H&M’s merchandise as “democratic fashion” — high quality, easy and affordable for people who ordinarily might not be able to buy fashion.

South Africa is a fashion-oriented market, Darj said. “There is a very big fashion interest, especially if you look at the middle class and the aspirational market.”

A lot of retailers hurt themselves when it came to extending credit — trying to be a bank and a retailer, Darj said.

“If you want to be a bank that is fine. We will focus on retail…We don’t offer credit, but you can pay with your credit card.”

South African retailers are currently between a rock and a hard place as high consumer debt weighs on household spending and competition puts pressure on margins, IOL reports.

H&M’s entry into South Africa resulted in about 600 jobs leading up to the opening of the V&A Waterfront and Sandton City stores with 60 staffers sent to Sweden for training. H&M plans to have as many as 1,500 people employed within 12 months.

In the long run, H&M plans to use South Africa as a springboard to the rest of southern Africa, East and West Africa.

It already has a production factory in Ethiopia, opened in 2014. “We will see what is possible in South Africa,” he said.

H&M’s arrival is part of a flurry of activity for South Africa’s large shopping centers, where demand for space from other top international brands has included Burberry, Cotton On, Top Shop and Zara.

H&M will probably learn from the expansion strategies of its peers Zara and Cotton On, said JP Verster, an analyst at 36One Asset Management, IOL reports.

Zara had a cautious strategy of opening a handful of stores in South Africa, Verster said. Cotton On had an aggressive strategy.

H&M operates 3,500 stores in 57 countries including Egypt and Morocco.

0
Subscribe To FashionGHANA.com
Get All The Latest Updates In Trends, Style & the African Fashion Industry
We respect your privacy. Your information is safe and will never be shared.
Don't miss out. Subscribe today.
×
×