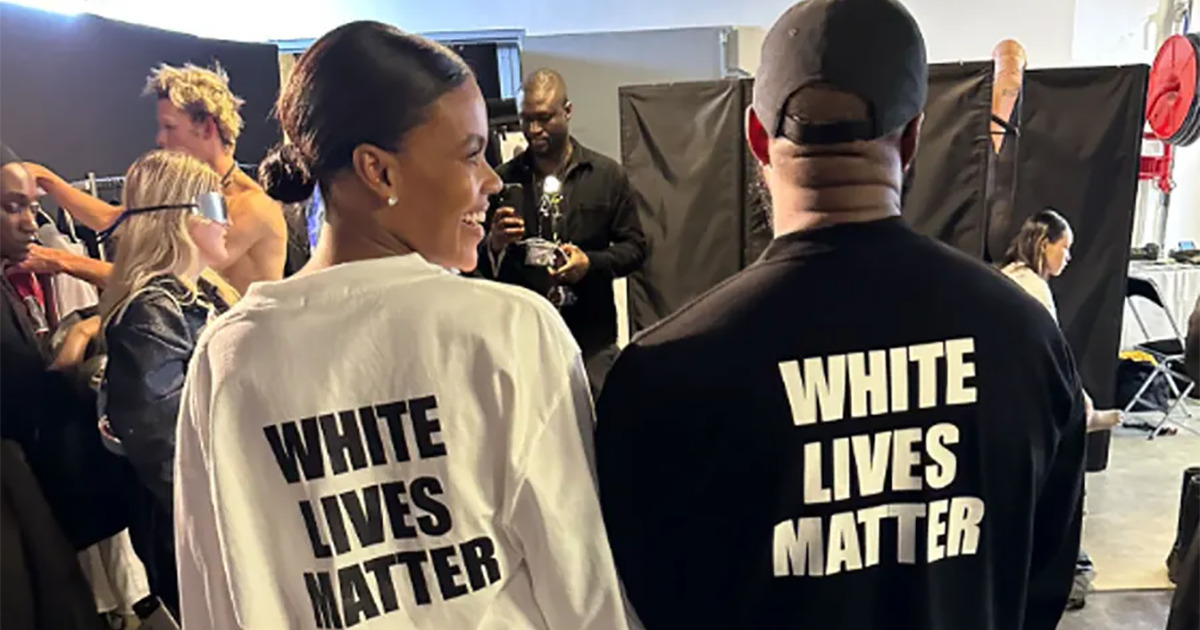 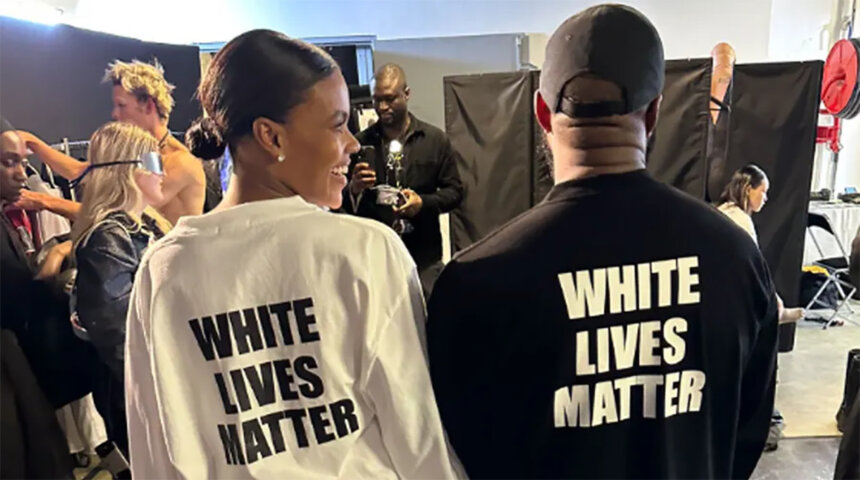 Kanye West may have just exposed how unpopular his Yeezy brand was as a single t-shirt dominated the press far more than the headlines of the show. Kanye wore a shirt featuring the words “White Lives Matter” during his Yeezy Season 9 event at Paris Fashion Week Monday. Usually, many designers and fashion brands pull off antics to enhance or further push the show in this case no one even followed any of his releases. But before we share our thoughts on that, let’s analyze the bait.

Ever logged onto the internet and heard black or white people complaining or cheering about something, like the little mermaid, and then turned around and saw that nobody actually is?

Well over the years mainstream media has taken on a fabulous trick to bring free promotion and attention to entities such as songs, movies, celebrities they endorse, and more by stirring up negative race relations topics.

Usually, it’s done by playing black people as the victims and white people as the perpetrator but sometimes in reverse. It is supported by the same fake bots that doubled Joe Bidens following and made Elon Musk track back in his intent to buy Twitter.

Believe it or not, race controversy sells and makes headlines and it’s an easy way to generate support from the African American community. If the mainstream media hates someone for any reason at all….’call her/him a racist’. If they like someone….’Claim she/he is hated by the racists’, to gain support from black people. Why didn’t Kanye wear this on any other occassion? It’s simple, he had a show to sell.

Kanye West on the other hand has not only been driving a wedge against mainstream media but also politicians of today. Since President Trump came into office, Kanye spent his time fighting for his freedom to support Trump against an imperial machine that tried to label Trump a racist, and he has every right to.

In hindsight, despite Trump’s loose lips and jovial character, his policies and deeds were far better for black America than Biden and any of his predecessors. Kanye who is not very literate in getting his point across for his support of Trump would usually get entangled in saying sound byte the media would focus on to estrange his relationship with Trump and isolate his views from pop black culture.

At the peak of the 2022 elections, Kanye hid his support from Trump when it was most needed and didn’t make any statements in regard to the elections. And this is what we know of Kanye and his political views.

In partnership with Candice Owens, Kanya thought it would be an exciting act to rock a ‘White Lives Matter’ t-shirt to his Yeezy S/S23 show two days ago. The two thought this would be a controversial act and received enormous anti-black sentiments from the black community.

White people don’t care, and black people don’t care. Are there a few a-holes commenting on it, of course, there is. But that is one everything, and every review. However, the instigators that wish to promote the movie out of this controversy will specifically highlight these a-hole’s comments and magnify it to represent the race “White people are mad the little mermaid is black”, which intern served extreme promotion in the black community for a movie we don’t need a remake of. 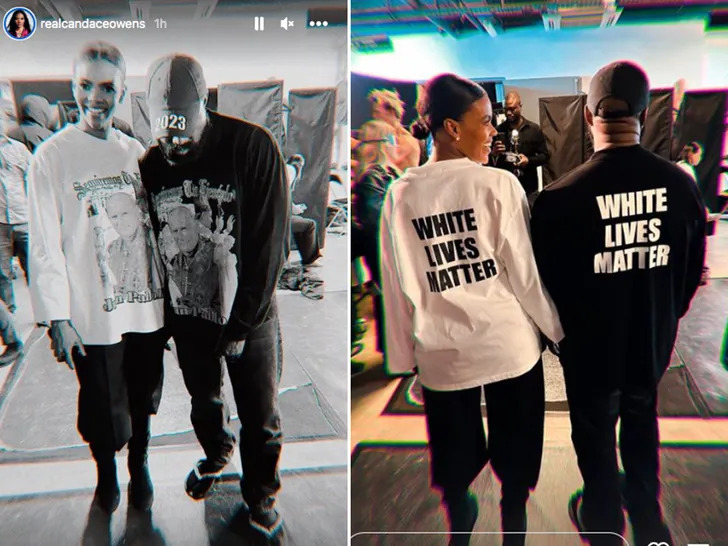 This is the memo Kanye West and Candace Owens didn’t read about, ‘Black people don’t care’ that ‘white lives matter’. You have to generate fake articles in the mainstream media to give the impression we do. And as the mainstream media isn’t in support of Kanye West’s political antics, they might write about what he did, but they won’t add on any fake race relations hype.

The bottom line is, STOP USING RACE HATE DIVISION TO SELL YOUR SHOWS, MOVIES, SONG AND SO FORTH! Until your race hatred turns physical, nobody cares.

Now that we have made the point on why his antics didn’t go viral as he thought, let’s look into it. We get the message, not all black people, but critical black people do. Yes, Black Lives Matter was a fake organization of black leaders who exploited the sentiments of unlawfully slayed black people to enrich themselves and propel support for the US Democratic party and turn people against Trump. 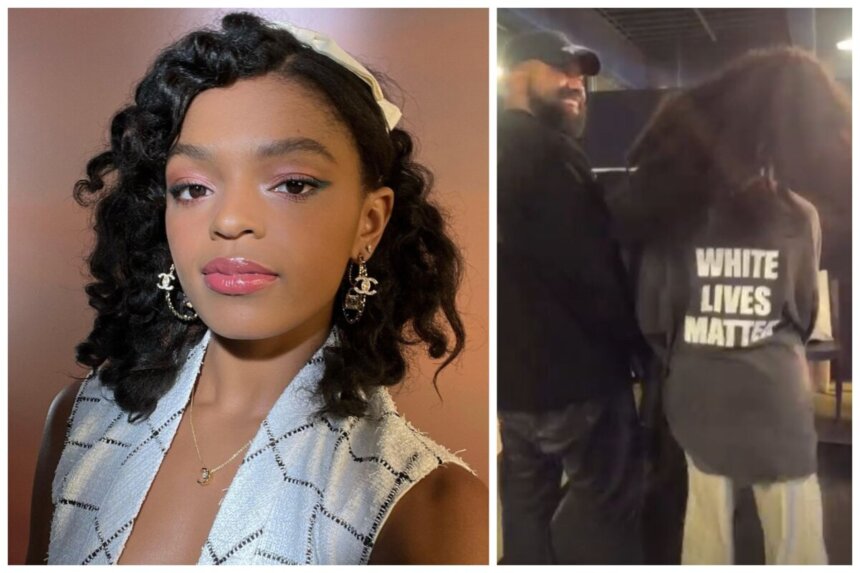 Let’s not forget before Black Lives Matter, a man called Kanye West was on TV during hurricane Katrina crying that George Bush doesn’t care about black people. Is that not the same sentiment? Despite the organization being fake, it doesn’t take away from the same sentiment.

Does it mean white lives don’t matter, of course not? Does it mean white people can’t scream white lives matter, of course, they can. But what has ‘White Lives Matter’ got to do with the black community? Since when did the black community have the power to hurt white people in droves? Even more, have the ability to fix problems they may be facing.