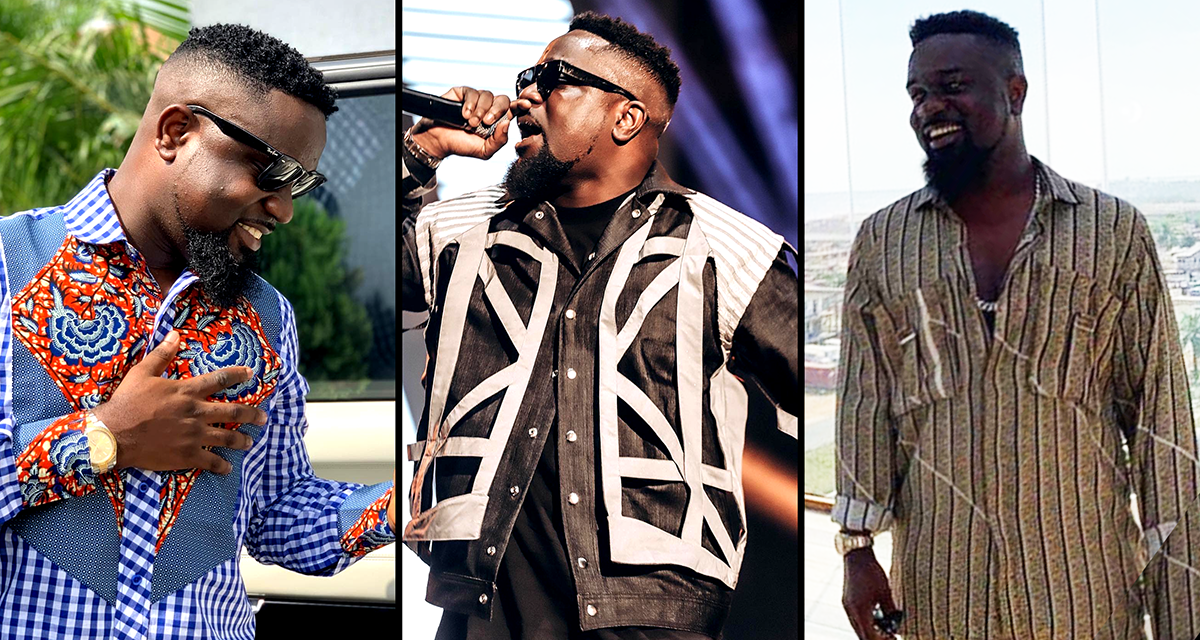 PICS: Sarkodie Is Now Ahead Of M.anifest & Other MCs When It Comes To Rocking Ghanaian Fashion

Before Stonebwoy and Shatta Wale made peace allover the media, there was a previous musical battle between Sarkodie and Manifest which also came to an ending when the two squashed their differences in public. So rehashing the controversy is far from an interest of ours, however there is something amazing to note about Sarkodie’s transition.

There is no denying Sarkodie is a man of the people who lives his life as a role model. During his beef with Manifest, it seems something was ignited where it was obvious he went wrong. That was insulting Manifests loves for African prints in words whilst technically boasting about his looks, usually foreign brands.

Years after this beef the public made a mock out of the situation (not the rapper sarkodie) when he decided to rock African prints for the first time for his birthday. But in one way more than another, it seemed the king of Ghanaian rap was showing the public that he was ready to make a crucial turn into supporting his own brand.

In fact, not long ago we caught some slack from his fans when we wrote this article. https://www.fashionghana.com/site/why-ghanaians-need-to-pressure-sarkodie-to-stay-in-the-african-fashion-lane-on-a-regular/

It was a slow transition, but every now and then you will see him with prints around the corner. Currently to date, one can say the king of rap has made a full on transition into supporting African brands and he seems to be doing so more than any other Ghanaian rapper out there. Not only that, but he makes it look extraordinary. In fact if he keeps this up not only will he be the king of rap, but also the king of mens fashion in Ghana. His influence on society is a supreme on and branding the right clothes could possibly make a huge impact on Ghanaian men.

Recenlty, we have spotted him rocking outfits by KOD, Atto Tetteh and also Sena Bryte just to name a few, and then see previous articles where we captured him in transition.

And you can catch him styles In Sena Bryte in the Dw3 video.

See other times the legend was hip to his African fashion game.

From M.Dot To Okyeame Kwame, It Seems Sarkodie Might Be The Celebrity To Put African Menswear On The Fashion Map

VIDEO: Okyeame Kwame Thanking Sarkodie For Buying His Album Is What We Need To See More Of In This Controversial Industry