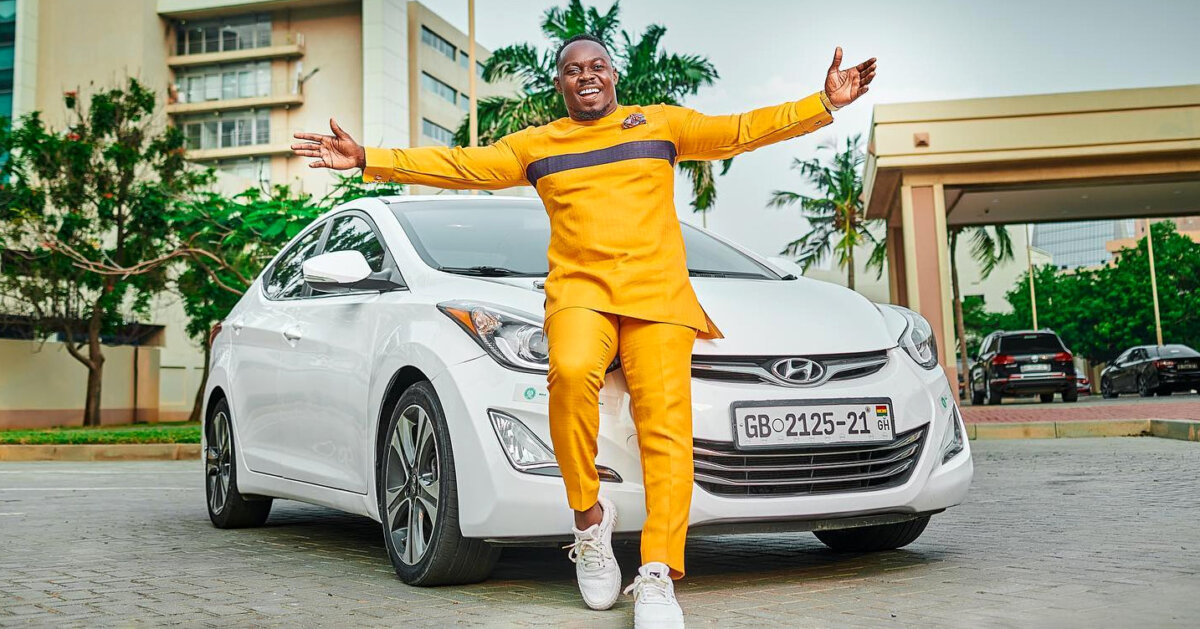 PICS: After Recovering From A Devastating Car Accident, Stylish Comedian Shegelabobor Is Gifted A Brand New

Shegelabobor is a young Ghanaian-based comedian, TV Presenter, Wedding MC, and event host. He hosts his own show titled ‘Strictly Comedy’ on Kantanka TV as well as his live show called the Luxurious comedy show. He is the official host for the renowned FashionGHANA Honors & Awards and primarily made his name from hosting at weddings.

There is no denying Shegelabobor is one of the few comedians in Ghana to pull himself up by the bootstraps and rise to fame and success. Although there are a few miles up ahead he has made an iconic name for himself and that has been very evident.

But one particular trait about the fast-rising comedian is his love for fashion and style. To date, there is not one MC in Ghana that has placed half as much emphasis on their style as Shegelabobor has.

A week after the comedian hosted the successful FashionGHANA Honors & Awards he experienced a life-changing reality that was far from a joke. He got entangled in a car accident that saw his vehicle brutally damaged in a car crash leaving him totally unharmed.

The Police Stopped me.. some Guys driving a white Elantra Wanted to swerve the Police at the checkpoint crashed into us Head On. He would’ve killed at least 2 police officers if he had missed me.

It was a close call less 25 meters away from me. I had to watch it crush .. There was nothing I could do.

Only God.. i had 2 Occupants in my Car. I’m safe I’m not Hurt.. No injures No Cuts. My P.A Miller Greg sustained leg & arm injury but he will be fine. The 3rd Occupant is also safe & discharged But the Car is gone.. front destroyed.. but we thank God for Life

Despite the horrific reality, Shegelabobor didn’t fail to continue entertaining and keeping his platforms heavily updated.

The Curse & The Gift

The update on the car crash was buried until two days ago, 12th August 2021 to be precise, where he shared images of himself with a brand new 2016 Hyundai Elantra Full Option car. 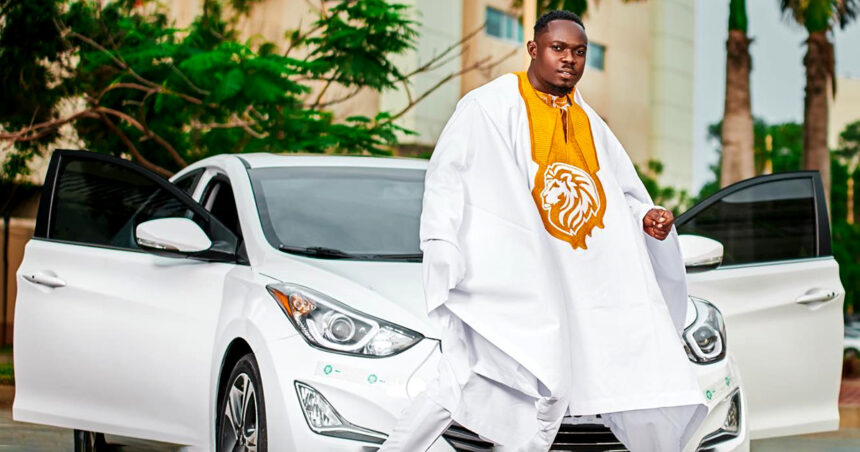 The good samaritan still remains anonymous, but As usual, it was not surprising the comedian took the opportunity to flaunt his style most fabulously wearing a Kaftan Outfit by @branddonsfashion, and Agbada Outfit by @amankwahbespoke in the images below. 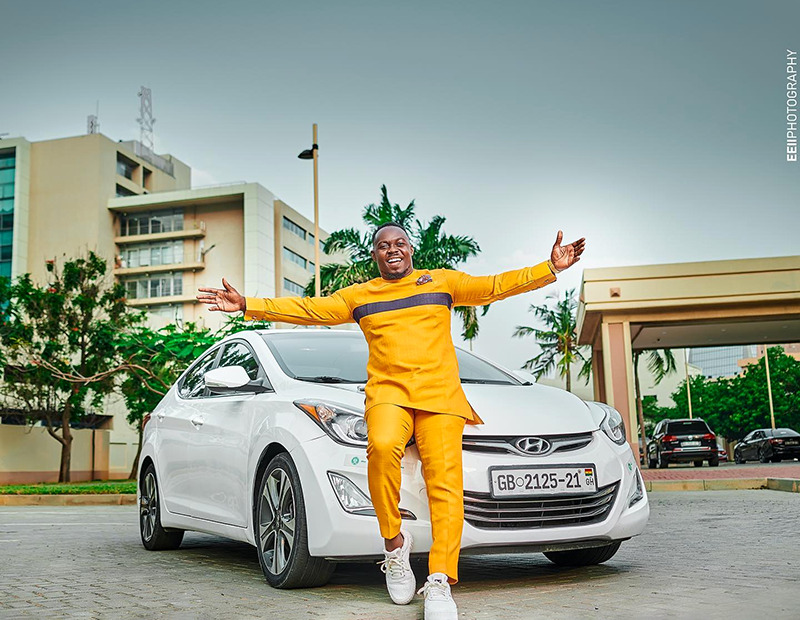 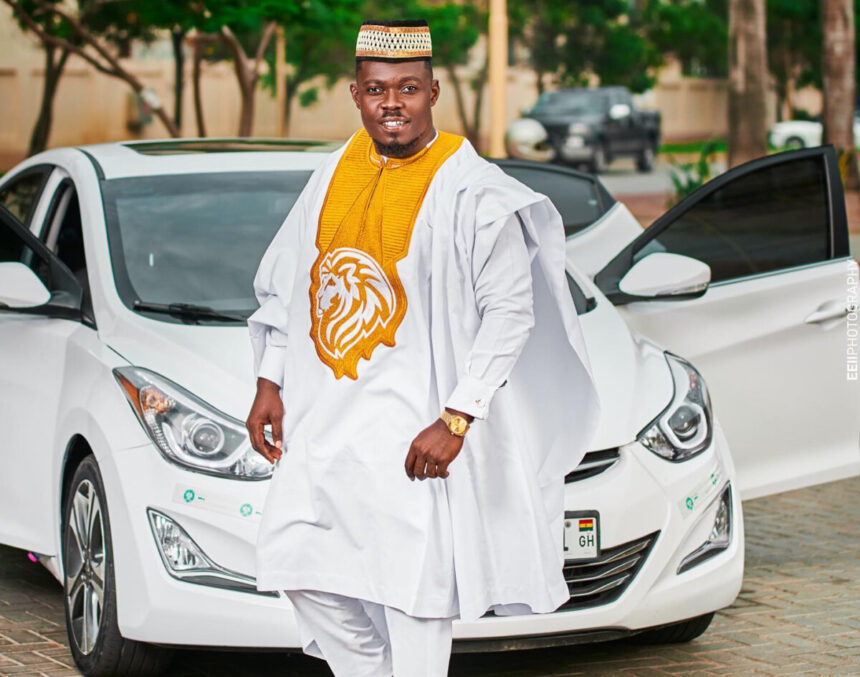 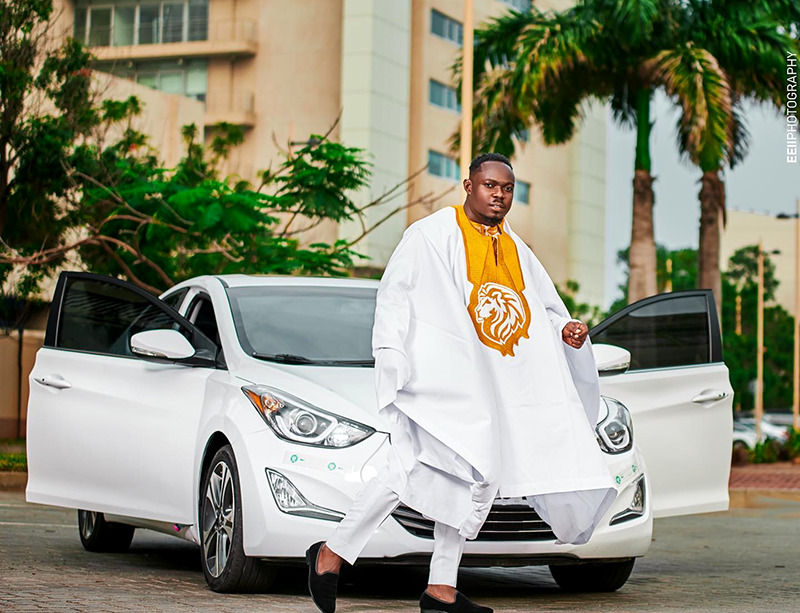