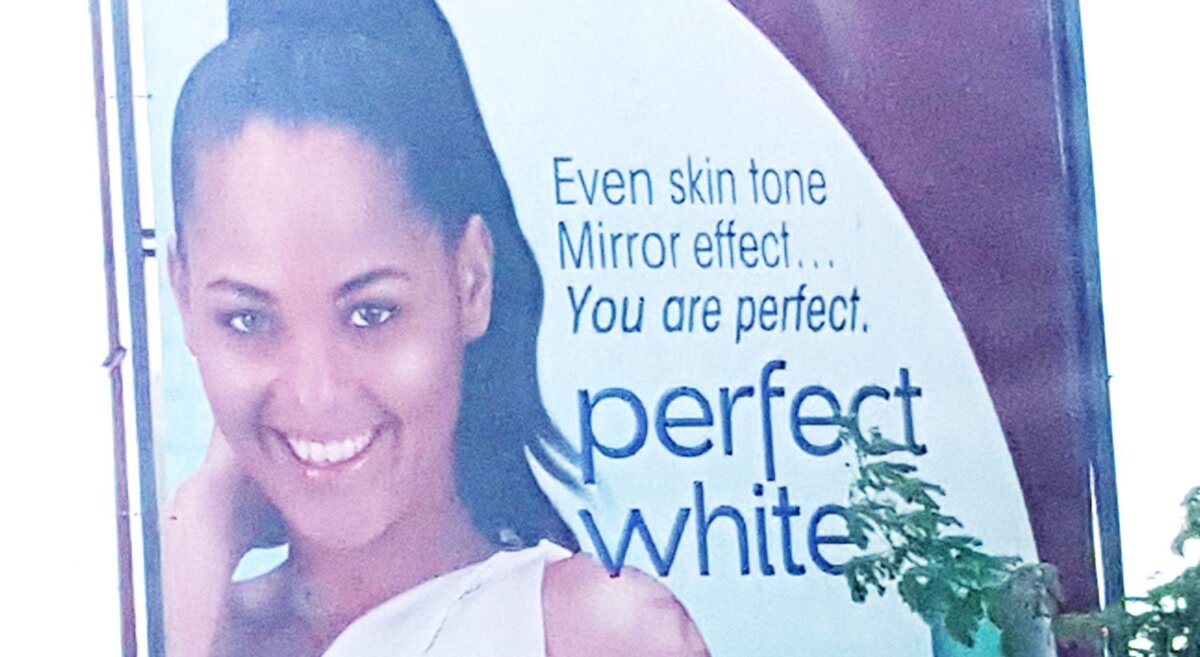 Last year social media celebrated on the governments announcement that bleaching creams will been banned in Ghana by August 2016. This news followed shortly after it was also announced the same act had been executed in Cote d’Ivoire. So the question is why are bleach cream bilboards and posters on shops everywhere?

There is no doubt that a lot of the viral bleach images online, celebrity actress Ama K Ababrese’s love your skin campaign and the stupidity of boxer Bukom Banku raised attention to Ghana’s bleaching epidemic. Although it may not be as bad as that of our neighboring West African countries, the effect and social aspects was becoming a public nusense and maybe this sparked our governments reaction to announce they will ban skin bleaching creams in Ghana by August 2016 somewhere in early 2016.

So why is this bilboard (below) right outside my house? And why do 3 out of 4 pharmacies in my area having bleach cream posters on the window. Politics as usual? Well let’s look at it, despite the numerous articles we published in 2015 about the gvt banning challenging fake Chinese print imports, nothing has been done about that. Despite the government talking about ending hawking in Ghana (which they shouldn’t) nothing has been done. I guess we are living with a government that says it will do something by a certain time just to get the community to shut up and hopfully forget by the time that time reaches. 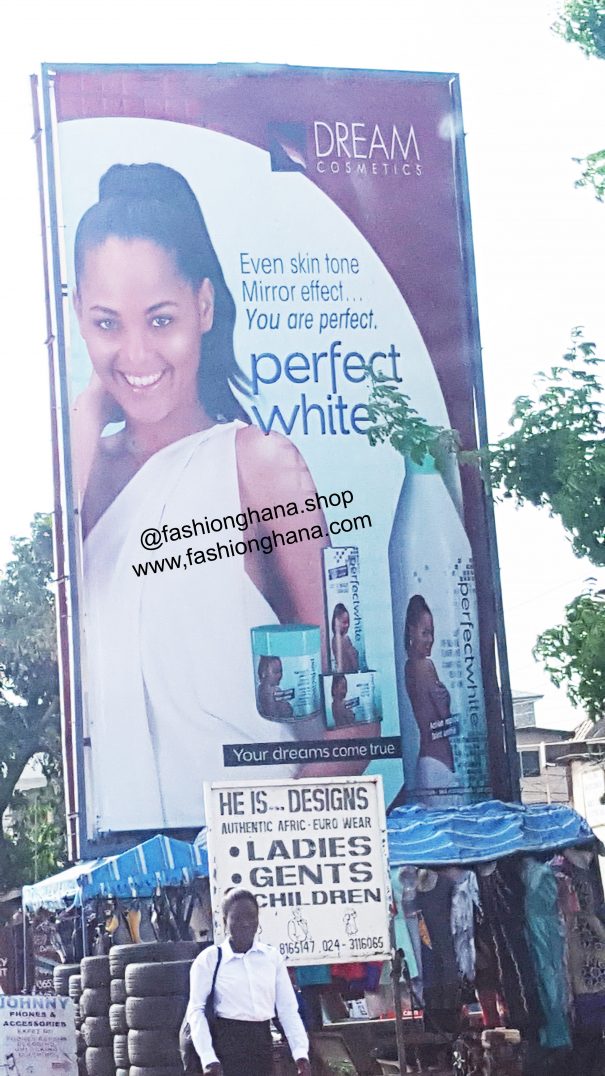 When visiting cosmetic shops it’s hard to tell what has been banned because bleach creams are still heavily stocked. Or maybe skin bleaching is banned, but the ban excludes creams that subliminally sells itself as bleaching cream. According to renowned Ghanaian designer Bri Wireduah, it is harder to find non bleaching creams than bleaching creams in Ghana.