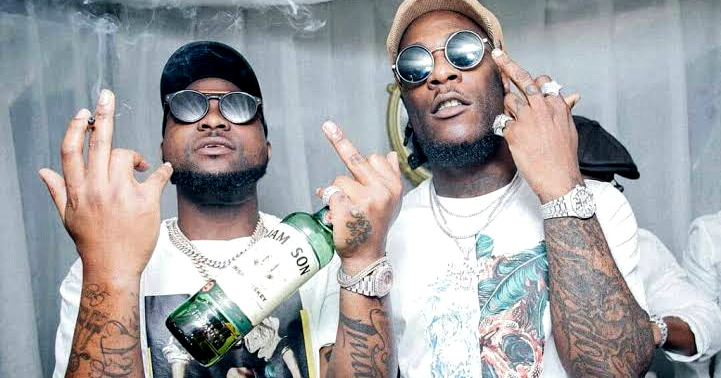 Yesterday night on Sunday 27th December 2020. It was reported and confirmed Nigerian music superstars Davido and Burna Boy engaged in a massive brawl at the Twist Night club in Accra, Ghana. The fight did not only consist of the two individuals but involved the extensive bodyguards surrounding them.

According to witnesses, the fight was so horrendous and dangerous that most people in the luxurious night club ended up scattering around and running away for their lives it is very difficult to find anyone that had a chance to video the brawl.

Despite the two having a long-standing friendship, the origins of their altercations became public when Burna Boy posted a black screen with the message, “JULY will be very funny, and I shall laugh accordingly” on social media, shortly after Davido announced the release of his new album at the start of May, A Better Time, which was set to arrive in July 2020. Many believe Burna Boy was suggesting to his fans that he will be ridiculing Davido’s new album.

After the post, Davido tweeted an edited photo of him and fellow Nigerian singer Wizkid, captioned “The 2 greatest of all time! No cap”

The 2 greatest of all time ! No 🧢 pic.twitter.com/W4GRMQ9yYJ

Fans believed that Burna Boy’s song ‘Way Too Big’ from his August 2020 album ‘Twice as Tall’ was directed at Davido with the lyrics, “I’m way too big to be f***ing with you”. Diss tracks and subtle messages are common in the music world when there is beef, such as the feud between Stormzy and Wiley. It is reported that Burna Boy turned soar after failing to win a Grammy for his ‘Twice as Tall’ album, produced by P.Diddy.

Diddy Makes Another Move Towards Africa & Works As An Exec. Producer On Burna Boy’s Upcoming Album ‘Twice As Tall’

In his track ‘FEM’ which is Yoruba slang for ‘shut up’, Davido addresses Burna Boy directly in the line, “Then Odogwu say we like to party just call me…” – ‘Odogwu’ and ‘Like to Party’ are both names of a Burna Boy song.

Nigeria’s Wizkid was also in the crowd, however, excluded himself from engaging in the brawl.

The only video currently captured about the incident is the reaction of Davido as he was led out of the club surrounded by his security. Watch it below.