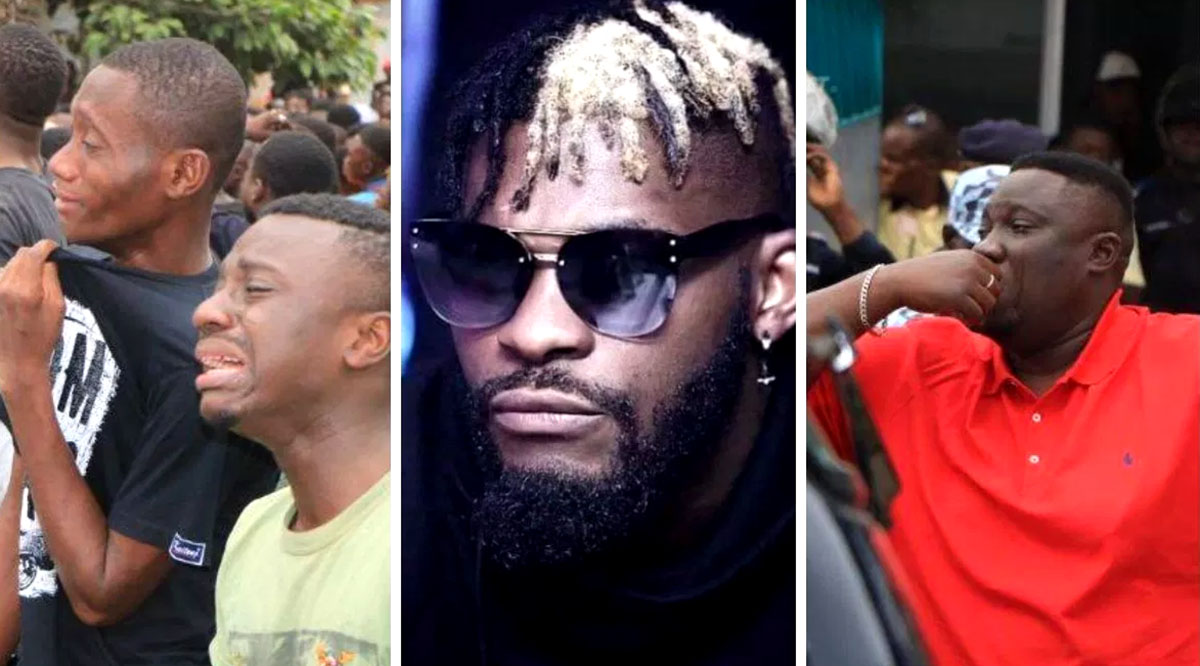 Cote d’Ivoire has just experienced a jaw breaking moment, as the coffin of dead Ivory Coast musician Arafat was broken into today AT HIS FUNERAL whilst his dead body was undressed because fans did not believe it was his that died in a recent bike accident that was captured on tv last week.

His death was probably the biggest national movement to emerge out of the West African country with mourning and murals across the national.

The conspiracy of doubt began when images began to surface the net showing different tatoos on the dead body different to that on DJ Arafat’s body. This caused a lot of doubts if he was really dead leading to what might be one of the worst case scenarios ever to take place at a funeral.