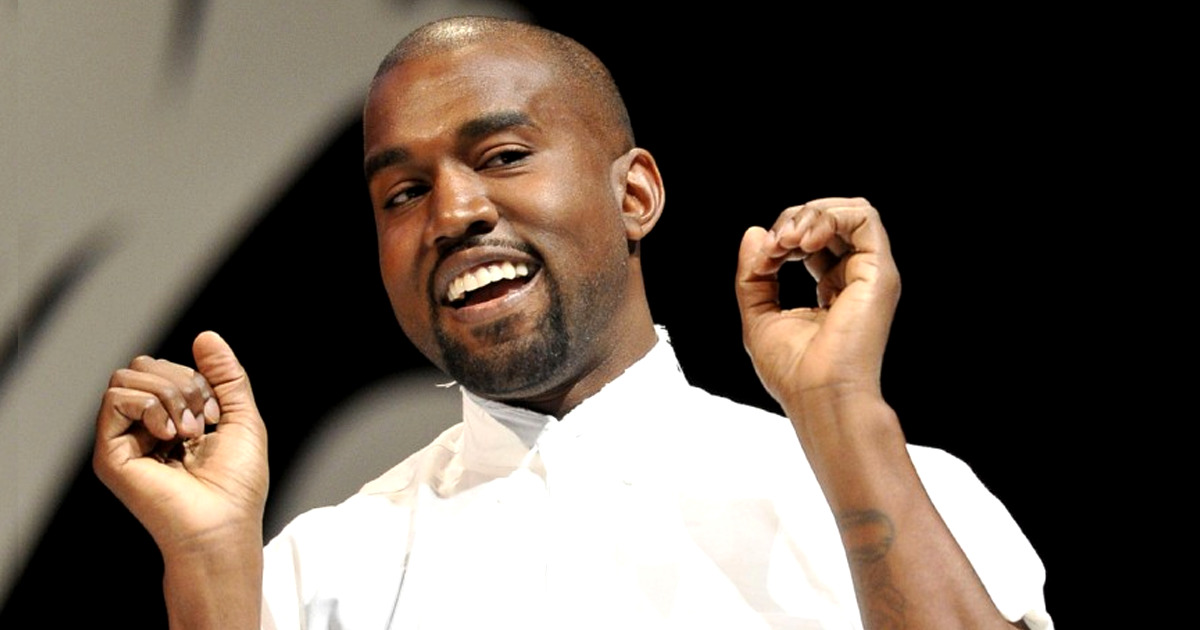 The rapper, 43, took to Twitter on Thursday October 8, to celebrate his finances after Ok! Magazine published an article that claimed his net worth is $5 billion.

Reacting on Twitter, he wrote: “From $53 million in debt to a net worth of $5 billion in 4 years,” he tweeted.

“Thank you, Jesus. I know I fall short, but I repent. I am fully in service to our Lord and Savior Jesus Christ.

“We are building schools of the future. Thank God for providing the increase.” 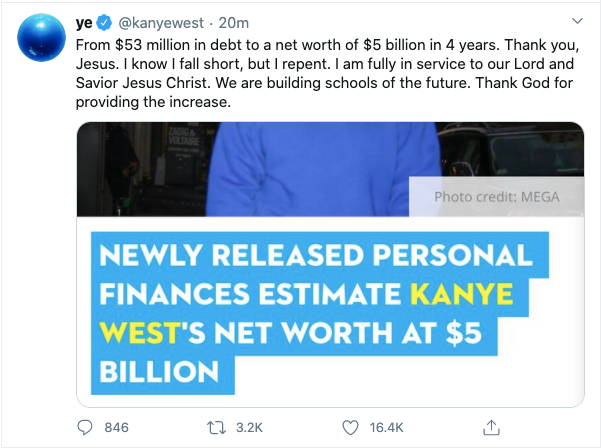 The tweet comes after Business Insider revealed on Monday that he disclosed his financial assets and liabilities as part of his candidature for the presidential elections.

In the documents obtained by the outlet, the rapper values three of his companies (Yeezy LLC, Yeezy Apparel LLC, and Yeezy Footwear LLC) at $50 million each.

His assets also include his music-related intellectual property Mascotte Holdings Inc., which is valued between $5 million and $25 million, and publishing and content creation firm West Brands LLC, valued at up to $5 million.

He additionally has stakes in Adidas, valued between $25 million and $50 million, along with stakes in Nike, between $5 million to $25 million. He also added a $5 million income excess from the last year through his clothes, music, and marketing.

However, the father of four revealed in the document that he has up to $100 million of debt, mostly from mortgages.